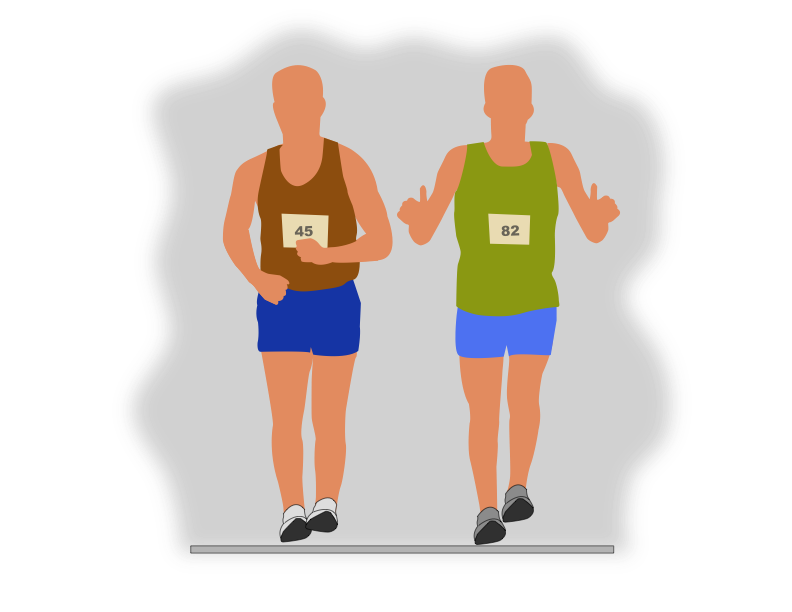 Many students tend to sleep in or tailgate at Bison Park on Saturdays, but recently, two Harding students went for something a little different. On Sept. 24, seniors Wyatt Maples and Connor Hankins decided to run a marathon.

“I ran a marathon once last year, just to see if I could do it,” Hankins said. “I really enjoyed the idea of doing something that’s a lot of long-distance running, since I’ve never really done that in my life.”

The race took place in Fort Smith, Arkansas, nearly a three-hour drive for Hankins and Maples. They competed with almost 100 runners in the marathon and another 100 running the half-marathon. Maples said that while the race was tough, he and Hankins didn’t prepare as much as one might think.

“We signed up for a race that was only a month or two out, just because we didn’t think we needed a long, strenuous training program,” Maples said. “We kind of made our own, where we would try to put three miles under our belt every day, and then do a long run on the weekends. We worked our way up to a half-marathon by the end of that.”

Maples also said he enjoyed having Hankins as a partner through the training process, even if they couldn’t always run together.

“We didn’t run every single day together,” Maples said. “I knew my times were a little different than his, and our schedules are different. But we were always able to hold each other accountable, which was great.”

The race went well for the two runners, but according to Hankins, they may try something even more difficult in the spring.

“I want to do an Ironman in April,” Hankins said. “We thought this race was a good place to start because it would force us to do a lot of running to get ready.”

Junior Jenna Wesley is a friend of both runners and went to cheer them on the day of the race. She said after all their hard work, it was awesome to see them accomplish what they had set out to do.

“Watching Wyatt and Connor cross the finish line was super exciting,” Wesley said. “I was so proud of them and loved watching all their hard work pay off on race day.”

Hankins echoed that sentiment — that after all those miles, the hard work paying off was a good feeling.

“It’s pretty awesome, because when you start running, you know there’s at least four or five really hard and painful hours ahead of you,” Hankins said. “But it’s something that’s fun, and I think everyone should try it. No matter if you run a marathon in two hours or seven, it will be hard, but that makes it rewarding.”