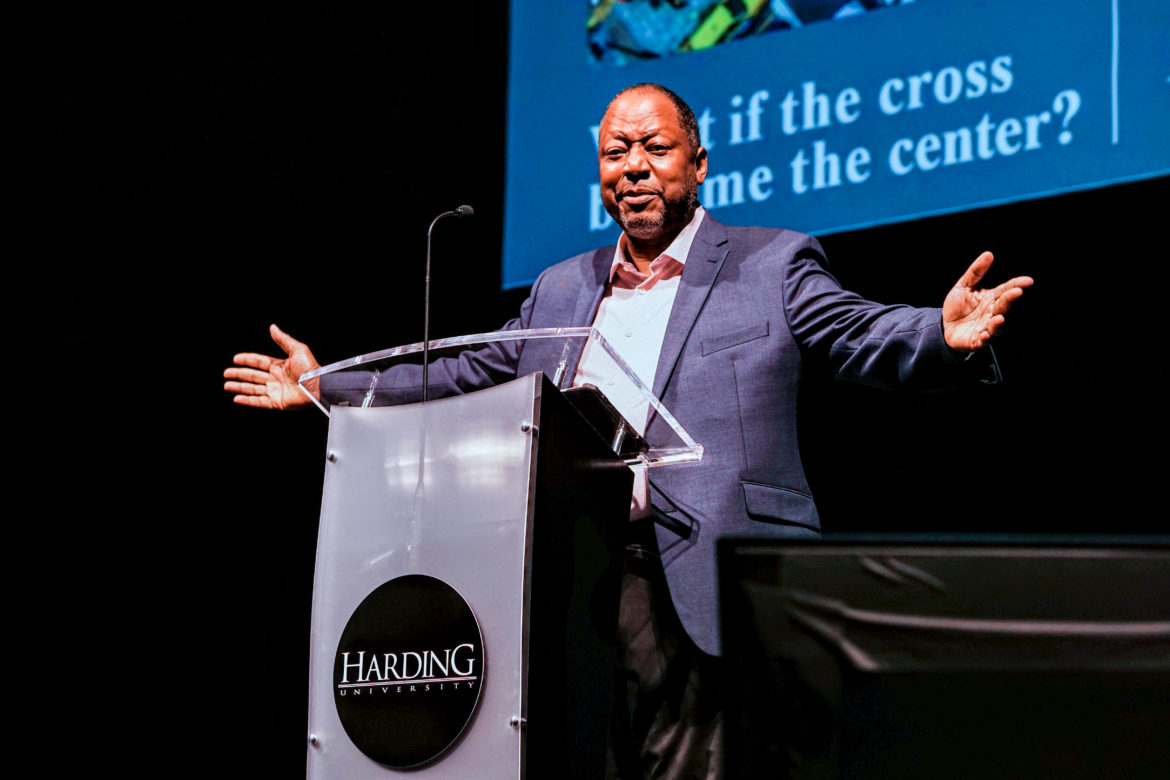 Harding University hosted the 2022 Bible Lectureship this week, inviting alumni and other interested parties to listen to speakers at various times and locations around campus.

This is the 99th Lectureship held by the University, and it included lectures by faculty, current students and Christians making a difference in their communities.

Dr. Jesse Robertson, associate dean for the College of Bible, was involved in planning Lectureship. Robertson said the Lectureship committee is composed of Harding faculty, students, staff and other advisers outside the immediate Harding community.

“More specifically, the director, assistant director and event coordinator are directly responsible for hammering out the details,” Robertson said.

The theme for Lectureship this year was “Culture and the Crucified Christ: Studies in 1 and 2 Corinthians.” Robertson said the Corinthian church was set in a non-Christian culture, and Paul’s letters to them reminded them that “sacrificial love needs to frame their interactions with fellow Christians and the world around them.”

“We are living in a time of culture wars, and we are hoping to remind everyone that the way Christians bring about lasting good is by changing hearts with the message of the cross,” Robertson said.

Robertson said there is a mutually beneficial relationship between Harding and the attendees and speakers of Lectureship. He said the speakers serve to inspire students who want to make a difference in the world around them, and the visitors also present good networking opportunities.

Senior Grace Winfree spoke on Paul’s comfort in God on Wednesday. Winfree said her lecture focused on a cycle of comfort stemming from God as shown in 2 Corinthians.

“Preparing for my lecture has strengthened my own faith in a way that I never could have imagined,” Winfree said. “And I am thrilled to share this change in mindset with my peers in Lectureship as a result. Lectureship is a precious time during the school year where we see people from all over the world uniting on our campus to grow in faith together, and I am blessed to be a small part of that.”

Senior Techima David spoke on boasting in weakness and 2 Corinthians 12 on Tuesday. David said doing this lecture grew her appreciation for lectures given by biblical scholars.

“For me, speaking at this Lectureship is an honor,” David said. “During the preparation period for my lesson, my professors challenged me to think outside the box, be vulnerable and to be profound. It was edifying to deliver a lesson that pierced my heart during my study of it.”

Robertson said that immediately after the end of the 2022 Lectureship, the committee began planning for the 2023 Lectureship.

“In the spring semester we will be in touch with potential speakers who have been nominated because of their specific expertise.” Robertson said. “Next year is the 100th Lectureship, so there will also be coordination with plans for Harding’s centennial.”