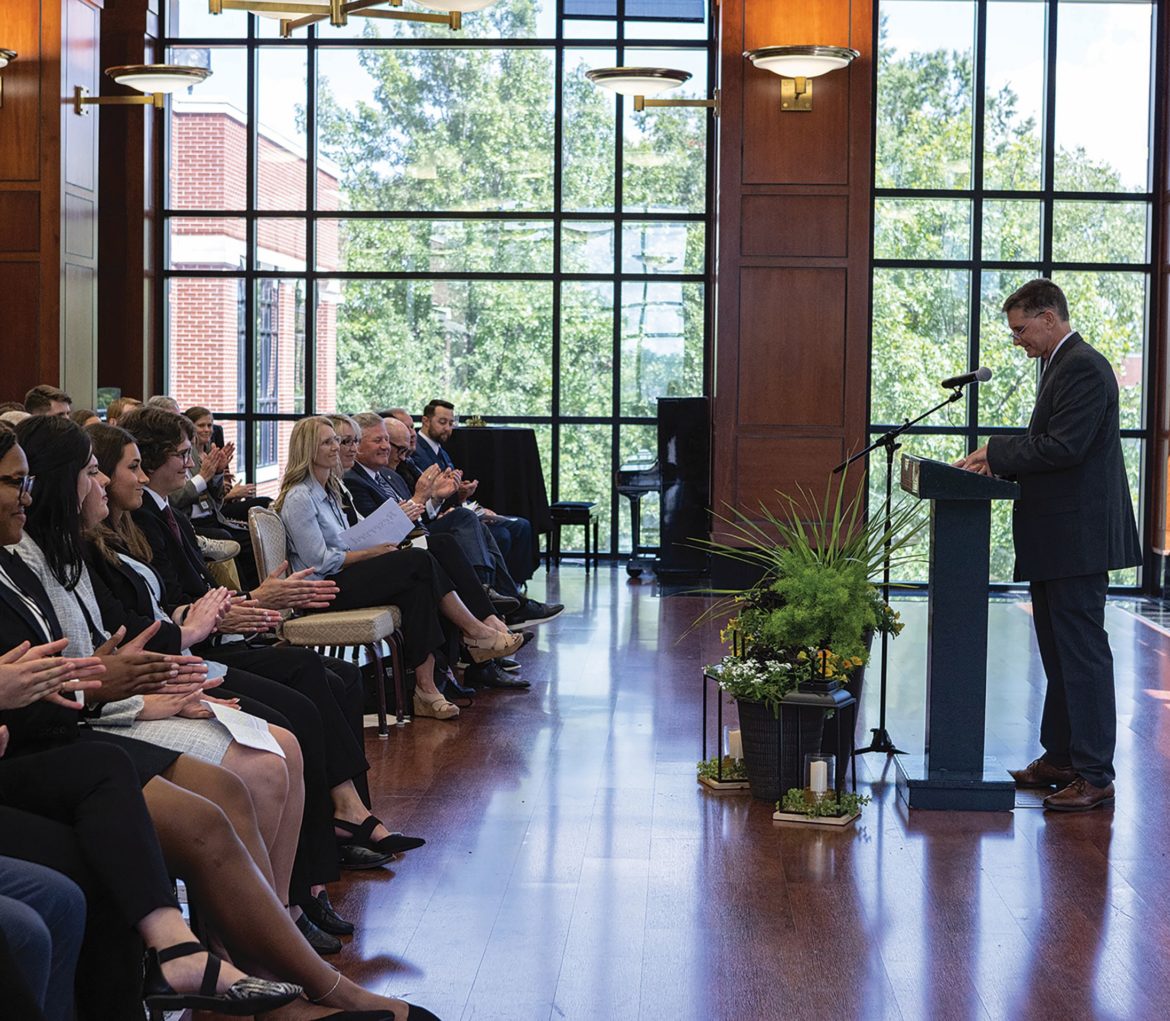 Graduate students began classes at Harding this fall for a new cardiac device technology program, which is the first master’s degree program in the world for this field.

Fourteen students have formed the first cohort of the 10-month Cardiac Function and Interventional Technology (CFIT) program, director Ken Turley said. CFIT assistant professor Tristan Pendergrass said this program allows students to explore the field of cardiac devices such as pacemakers and defibrillators, learn about processes such as cardiac mapping, and learn about complementary areas such as cardiac imaging.

Pendergrass said students who earn CFIT degrees can find jobs in outpatient clinics, in hospital cardiac procedure areas or with device manufacturers. He said those who enter the cardiac technology field have opportunities to provide life-changing services to people with heart conditions.

“You’re also around these patients in very high-stress, emotionally charged situations, and you’re a third party that has the time to spend with them and their family and answer questions, and kind of be both an advocate and a guide,” Pendergrass said.

Turley said the CFIT program combines classroom courses with hands-on labs, where students can work with devices such as pacemaker simulators and operate on cadavers. They can also gain experience in clinicals at hospitals throughout Central Arkansas.

Pendergrass said the CFIT program began with a boot camp on the week of Aug. 15, and classes started the following week. Harding alumni and cardiac device industry professionals attended a CFIT kickoff event on Aug. 26 in Cone Chapel, giving students a chance to connect with people from different companies.

Turley said CFIT students come from a variety of academic backgrounds, including exercise science, nursing and psychology. One student in the program, Britton Anderson, said that as an undergraduate at Harding, she was a nursing major for two and a half years before changing her major to business and graduating last summer.

Anderson said she applied to the CFIT program because it combined her interest in pursuing a career in medical sales with her love of interacting with patients.

“It’s just such a cool field that I don’t think people know much about,” Anderson said.

Turley said he first became interested in forming a new master’s program during a Zoom meeting in spring 2021, when a group of exercise science students talked about two Harding alumni who were working in the cardiac device industry.

Turley said he reached out to Harding administrators and received their support in starting the program. He then worked to find people to teach the technical aspects of the program.

Turley said launching the CFIT program has been challenging because it is unlike any other in the country, so he and his colleagues have had few models to look to for guidance. Turley said Pendergrass and Mark Sweezy, a sponsor for the CFIT program, have played key roles in helping him throughout this process.

“I feel very, very fortunate that God just put a lot of things in place to make all this happen,” Turley said.