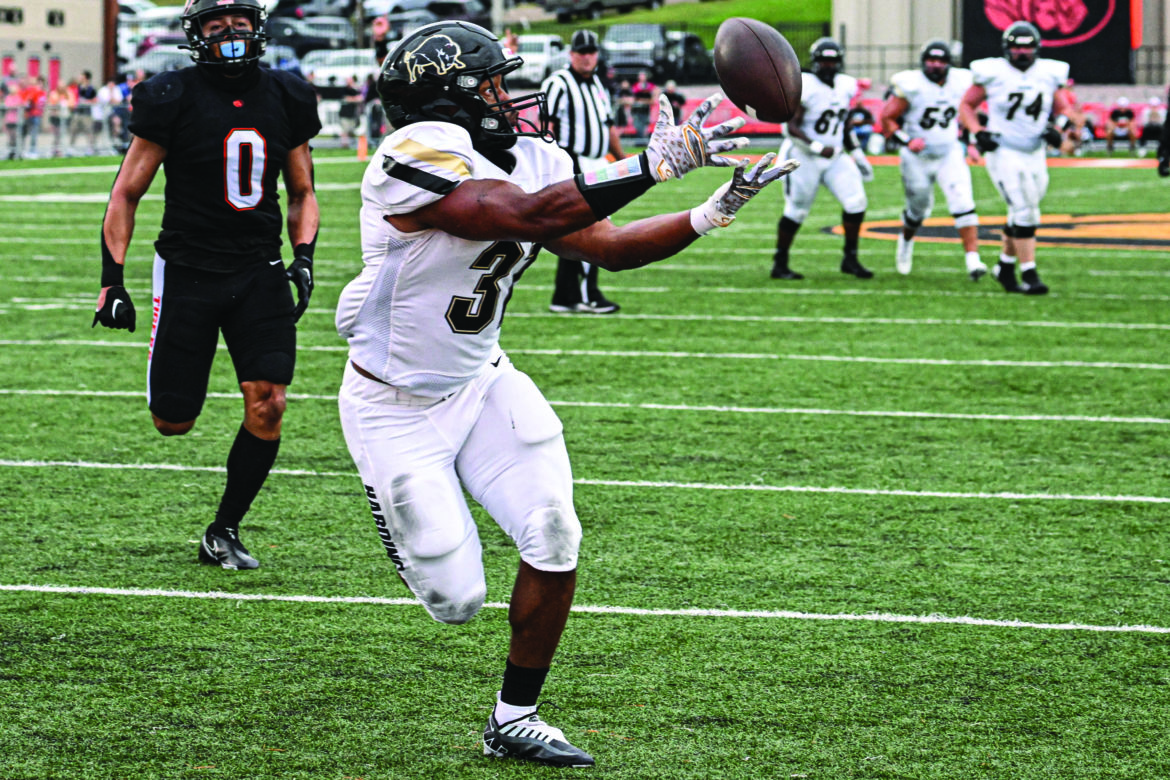 Coming into the game with an all-time 16-3 record against the Tigers, the Bisons started hot behind red-shirt quarterback Cole Keylon. However, turnovers would stunt their momentum, giving East Central multiple opportunities to get back into the game. Keylon put down the Tigers in the end, throwing three touchdown passes during the game. It was the first time in eight years that a Harding quarterback threw for three touchdowns in a game.

“[The Tigers’] whole defense was coming hard downhill on the run,” Keylon said after the game. “We were able to get some passes over the top because they were bringing their safeties into the run game.”

The Bisons won by three scores, but this was the type of game shown in the film room all season. Sloppy play defined Harding’s visit to Ada, Oklahoma, and can be punished by better teams.

“It looked like all the things you worry about week one, they all happened,” head coach Paul Simmons said. “We had silly penalties. We gave the football away. But I was really proud [of] the way the guys responded. We talked at halftime and said ‘one play at a time, keep your composure, we’re gonna win by three or four scores,’ and they did. If you want to beat us, beat us early, because we’re gonna be a lot better in the next 10 days.”

One of the highlights of the game was the Bisons defense, which held the Tigers to 161 total yards, and only 14 rushing yards. To senior defensive tackle Wesley Coleman, this could be the best defense Harding’s ever had.

“We have a great team this year,” Coleman said. “Obviously, there are a few things we gotta get cleaned up, but overall if that’s our worst game of the year, this is gonna be a fun year for us.”

Harding plays the next two weeks at home against Southeastern Oklahoma State University and Southern Arkansas University before heading to Arkadelphia to play longtime rival Ouachita Baptist University. There are a few weekends that the team has highlighted on their calendar.

“I know it sounds cliché, but I’m looking forward to the Southeastern game,” Simmons said. “They beat us last year in week two, and that turned out to really impact our season, so having the chance to play them so early on in the schedule and showing them what we can do, I’m really looking forward to it.”

Southeastern Oklahoma comes to Searcy this Saturday and will play under the lights at 7 p.m. Week two will be a litmus test for what the Bison’s ceiling can be this season.