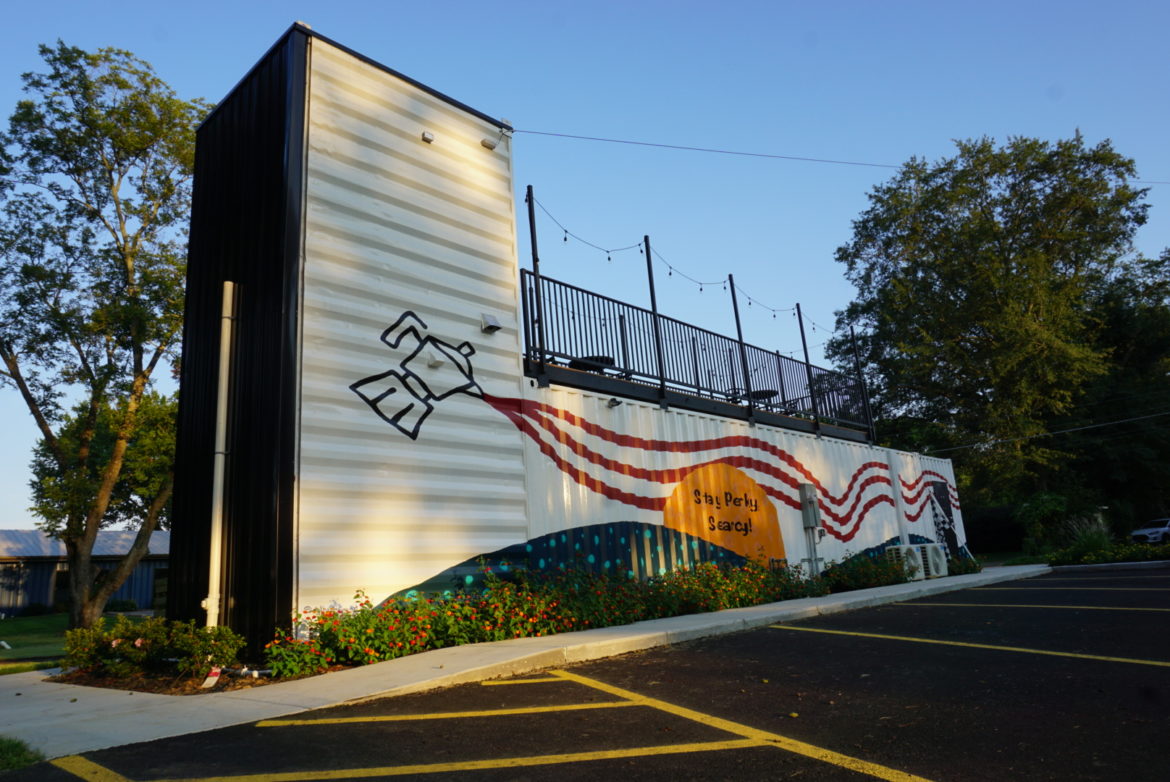 Multiple new business ventures have been in the works over the summer in Searcy. From coffee to retail, the community is taking strides in the right direction.

The new coffee shop Perk & Post, an offshoot of Mr. Postman Expresso, finished construction and opened to the public on June 13. The owners of Perk & Post, Allison Dennison and Jay James, have been collaborating for the past year and a half to expand the business.

They are drive-thru only, but offer outdoor seating on their deck and rooftop. Dennison said they are looking forward to cooler temperatures and have plans to add a fire pit soon with some additional seating around it. Perk & Post offers free wifi, and the owners are excited to meet students.

“Some people think we used containers because it was cheaper, but that is not necessarily the case,” Dennison said. “A lot of hoops to jump through to get this type of construction done, the container standing on its end is probably the most unique design of ours, as I don’t think I have seen that anywhere else.”

The postal service and coffee shop is located at 506 West Race Ave.

“We hope to have ‘food truck Fridays’ and maybe some live music,” Dennison said.

On the other end of town, construction on the new Old Navy is well underway. The building was announced in November 2021 and broke ground in early May right next door to Five Below in the Searcy City Center.

Dalrymple Commercial, a real estate and property management service in Searcy, reported via Facebook post on July 29 that construction was moving along well, according to Adam Hart of Hart Construction.

This advancement in the community is largely thanks to the Move Searcy Forward committee, as well as the one-cent sales tax extension that was voted through last November.

Smoothin’ & Groovin’, the plant-based smoothie shop and juice bar, announced in late July over multiple social media platforms that August was going to be their last month open. Owner Lydia Astin wrote that “the opportunity to serve this community has been inspiring, motivating and I am beyond thankful for it.

”The good news is that the business has created a Kickstarter campaign in order to gain community support to open a trailer as an alternative, “This way [they] can still do catering events, specials and keep Smoothin’ close,” Astin wrote.