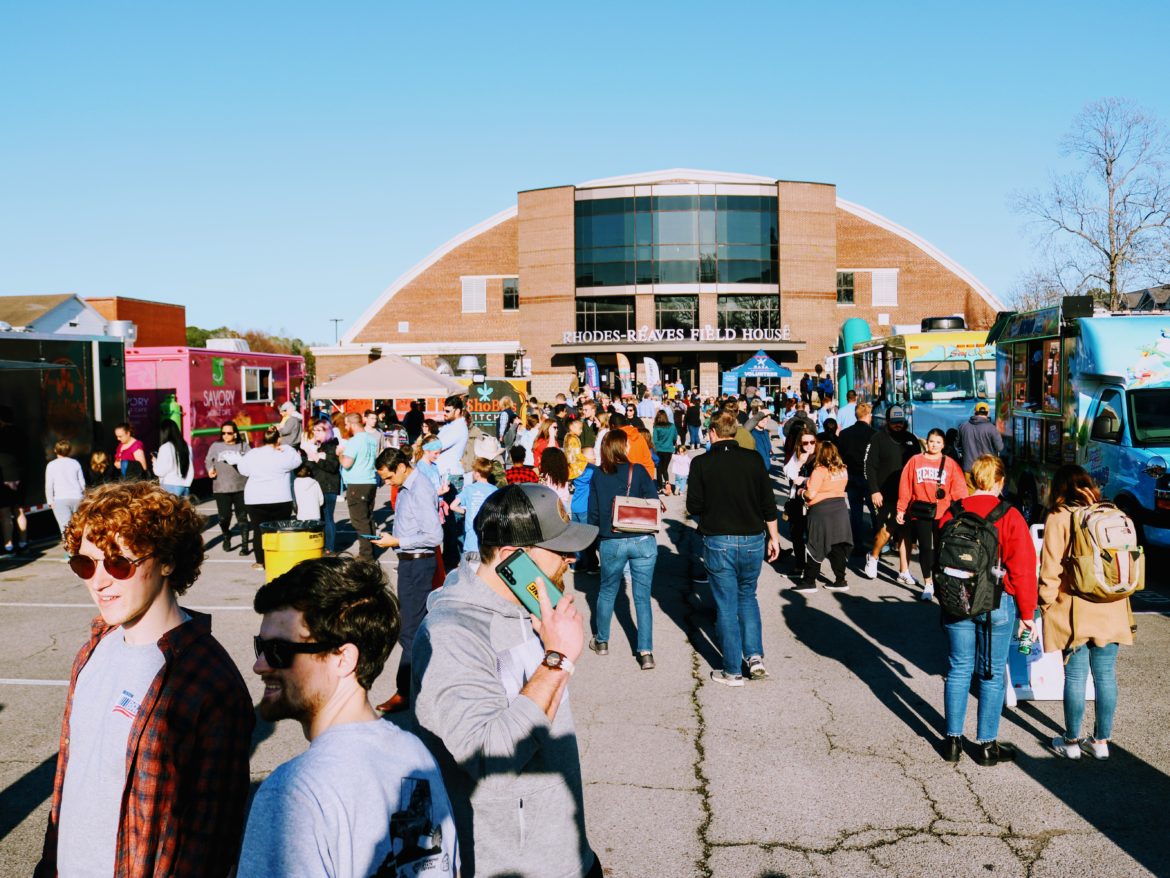 Searcy Beats and Eats recently hosted Tinkerfest in conjunction with the FIRST Arkansas Regional Robotics Tournament, located in the parking lot by the Rhodes-Reaves Field House.

Tinkerfest this year was held April 1. Marka Bennett, one of five Beats and Eats co-directors, said the committee hosts the event every year with the goal of emphasizing the importance of STEM in the community, with the Museum of Discovery as its main attraction.

“It’s a group of volunteers who wanted to do something for our community to make it a fun place to live and a place that we could be happy to come together,” Bennett said. “No matter who you are, no matter what economic level you are or what education level you are, this is for everybody.”

This year, the event had 10 local food trucks, exhibits and activities from the Museum of Discovery, a Little Rock band called “Monster Boy Lives,” laser tag, inflatable obstacle courses, a benefit run and several other exhibits that emphasized STEM. Bennett said with about 1,500 people visiting for the robotics tournament and about 3,000 from the Searcy community, the event had a great turnout.

“We always have a really good turnout,” Bennett said. “We have a lot of people who really look forward to Beats and Eats every time, and we’re just excited to be a part of it and put events on that our community would really enjoy.”

President of Think Idea Studio Mat Faulkner, who is a committee member for Beats and Eats, said part of the goal in having Tinkerfest on the same weekend as the robotics tournament was to welcome people from out of town.

“We want to show that Searcy and Arkansas can be good hosts to visitors,” Faulkner said. “We wanted to give them an opportunity to experience some of our local food trucks, and then have some activities beyond what was planned for the robotics tournament.”

Associate professor of Bible Tim Westbrook, who is a sponsor for the Harding Academy robotics team, said the committee was really lucky to have been given the opportunity to host the event at the same time as the robotics tournament. Westbrook was the theme leader for Tinkerfest.

“To me, it was a dream come true,” Westbrook said. “Whenever I realized that we had that opportunity to host Tinkerfest at the same time the students were in town, my mind was going to the world championship in Houston, where the FIRST organization put together things for the students to do. Even though this is a smaller event, there’s no reason these kids can’t have a party while they’re here.”

Westbrook said he hopes the Arkansas Regional robotics tournament can be hosted in Searcy every year and that part of bringing that into fruition was having Tinkerfest at the same time. He said his hope is to inspire kids with STEM in a more faith-based environment.
“It’s fun to see all of the stuff come together as a faith-based school at Harding Academy,” Westbrook said. “We do have a mission to reach kids with a STEM education, and our faith inspires us to try to make a difference in these kids’ lives. We want an opportunity to bring up conversations about our faith, and sometimes that happens.” 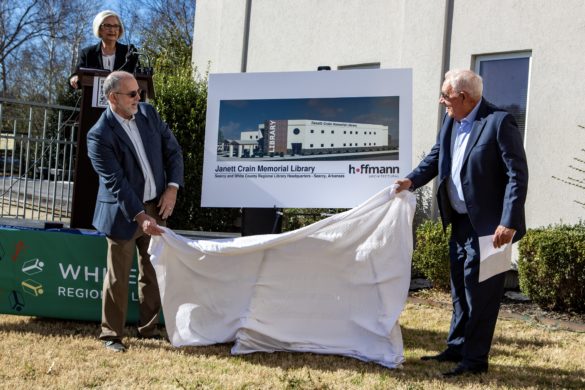