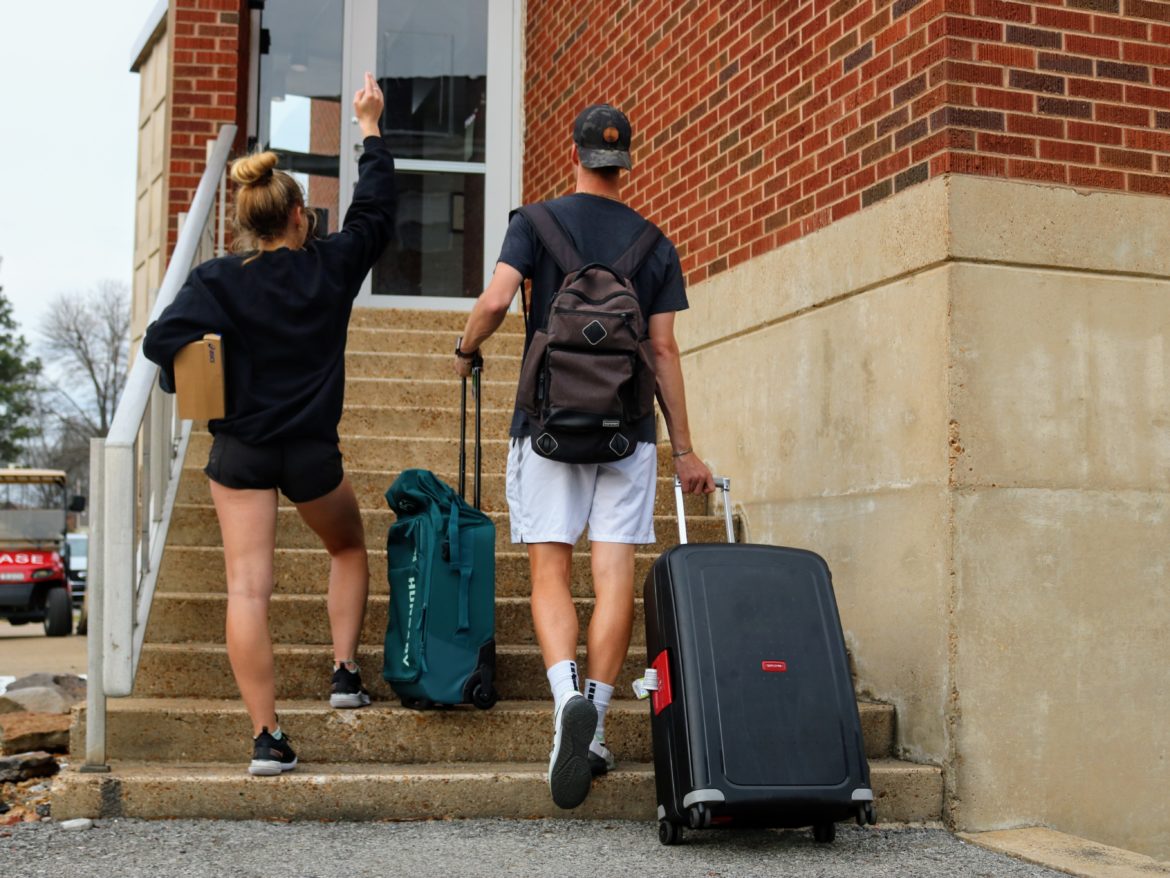 The University’s latest construction project was completed as of today — the renovation of Kendall Hall — and the final product was a shock to all: Kendall Hall is now a coed dormitory.

“We gave it some thought, and we realized that we, as a university, need to try to stay more consistent with the times,” board member Bryce Walters said. “What it comes down to is this: Other Christian universities are progressing along more than we are in some areas … We were in the midst of reconstructing the building, so we just decided to make it a coed dorm. Simple as that.”

In the midst of the logistical planning for Kendall Hall’s future and who would reside there, COVID-19 spread across campus during the 2020-21 school year. Students who were infected with the coronavirus dealt with the primary response to COVID-19: 10 days of isolation. Students who had no other option were sent to stay in Kendall Hall for the duration of their infection.

Affectionately, students called Kendall Hall a coed dorm during this period because both women and men had to reside there, women on the first floor and men on the third. What students didn’t expect was for Kendall Coed Hall to make a reappearance.

“I couldn’t believe it when I heard the news,” sophomore Austin Lewis said. “I got COVID last year, so I experienced coed Kendall firsthand. It was fun living near all of my friends of all genders when we were sick, but I never expected Harding to make it a permanent thing.”

While students have mixed opinions about the coed dorm, some are choosing to focus on the benefits.

“It’s about time,” freshman Thalia Moore said. “I’m really excited for this opportunity. This isn’t the progressive decision anyone expected Harding to make, but I’m glad they did. I’m hoping to move in with a big group of people next year.”

Others are concerned about the biblical principles and Harding rules this new dorm could challenge. Part of section four of the student handbook for the 2021-22 school year states: “Visiting in the residence of a single member of the opposite sex, even though others are present, without permission from a student life dean, is prohibited. Staying overnight in a residence, motel, hotel or any such arrangement with a member of the opposite sex, without permission from a student life dean, will result in suspension, although explicit sexual immorality may not have been observed.”

Walters spoke to the handbook statement, saying that students and their parents should not worry about breaking any rules.

“The key phrase is: ‘without permission from a student life dean,’” Walter said. “Clearly, students have permission to visit students of the opposite sex in this dorm. However, students should sleep in their own dorm rooms with the same gender. This will be enforced.”

“I’m not so sure about it,” Matthews said.