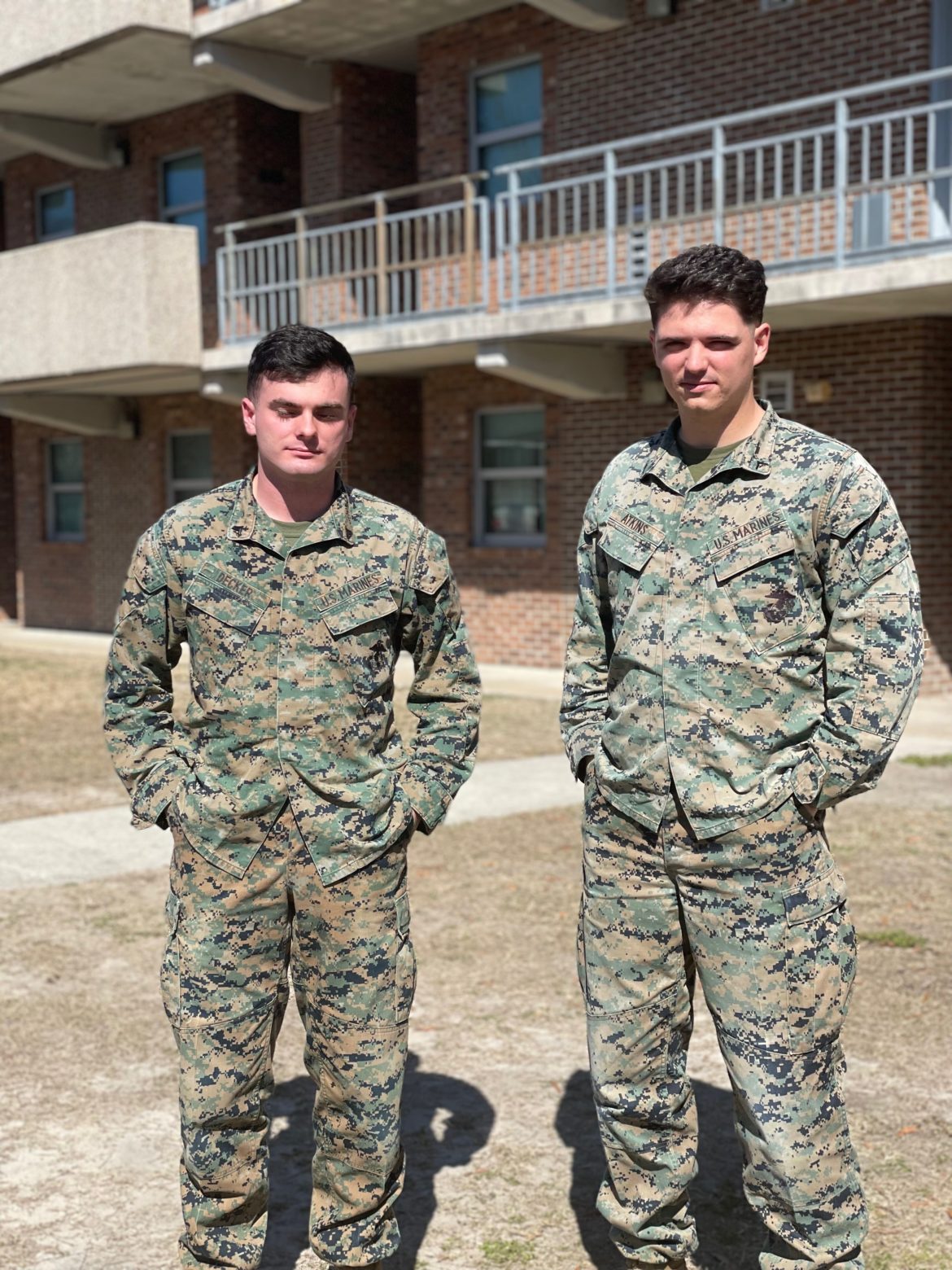 Two U.S. reserve Marines were attending classes at Harding last fall when they got the news that military officials were sending them to another state.

Senior Nick Atkins said he had planned to get married last December, but he found out Nov. 1 that the Marine Corps Reserve was mobilizing troops to help Afghan refugees in Virginia. Atkins said he and fellow senior Blade Decker became active for mobilization and had to drop out of their classes.

“It was rather stressful and disheartening, but I was able to get four days off for my wedding, so that was still able to happen,” Atkins said.

The two Harding students finished serving in Fort Pickett, Virginia, earlier this month after working with Operation Allies Welcome, a Department of Homeland Security program designed to help Afghan refugees get resettled in the U.S.

Tens of thousands of people fled Afghanistan in August last year when the Taliban took over the nation, according to a Jan. 25 NPR article.

Atkins and Decker said their responsibilities included helping Afghan refugees transition to life in the United States. Some Afghan families were familiar with Western culture, Atkins said, but others had no concept of the different language, living conditions and customs in the U.S.

“We were able to give them a taste of what America is like, try to show them kindness,” Atkins said.

Atkins said he had heard many stories about Afghan families who had been separated from loved ones stuck in their home country.

Decker said his favorite part of working with the refugees was forming relationships with the Afghan children, who enjoyed playing games such as hide-and-seek and tic-tac-toe. Atkins said the kids generally adapted more easily to Western culture than the adults did. Decker said he missed his young friends after they got resettled.

“When they left, I cried ‘cause it was really sad to see them get on the bus and leave,” Decker said. “But they’re going to a better place. We’re really happy for them.”

As of Feb. 15, Decker said all refugees at Fort Pickett had been resettled, so he and Atkins were preparing to move to Louisiana to join their unit. By the end of February, Decker said the pair hoped to be demobilized so they could attend Harding again in the fall.

Senior Carter Coleman, who was friends with Atkins and was especially close with Decker, said this semester has felt different without his two friends because they used to bring lots of energy to campus. Coleman said he was shocked when he found out Decker was being deployed, even though the Marine had told him ahead of time that it might happen.

“I was sad for him, but at the same time I knew that this is something that’s very honorable, and I respect what he’s doing, and what him and Nick are doing,” Coleman said.