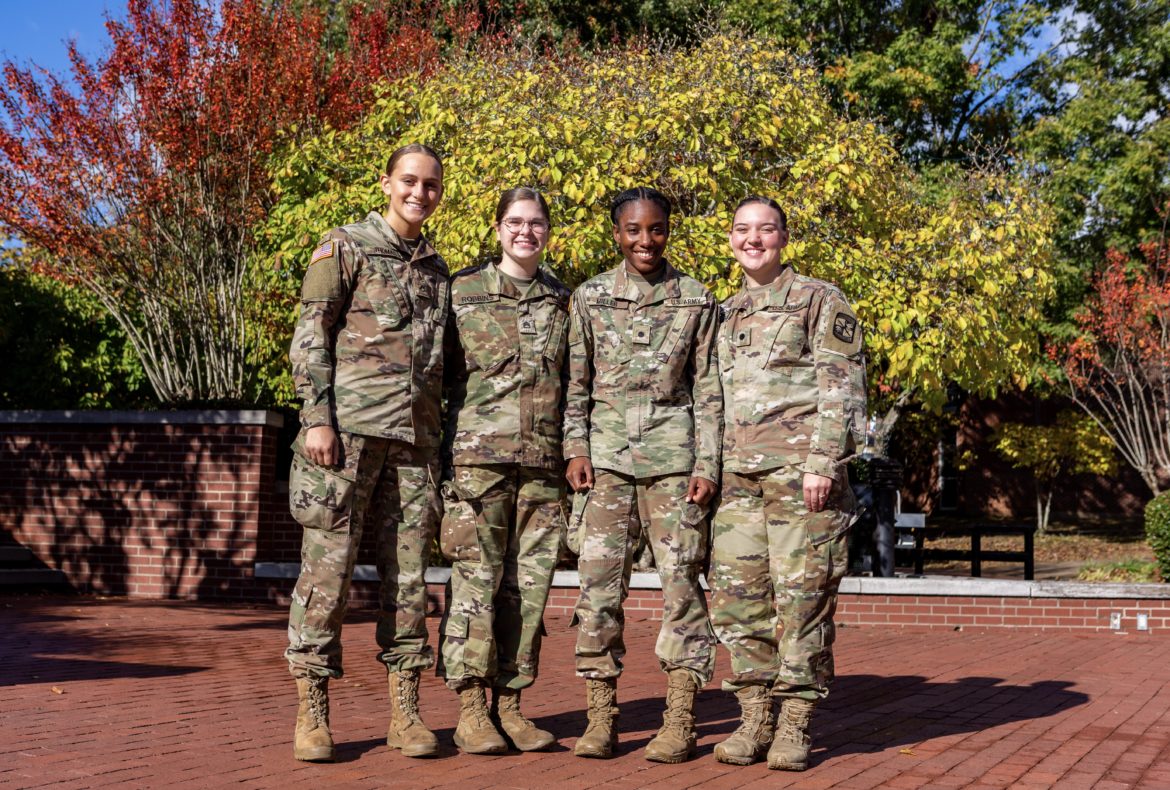 As of fall 2021, 21 student cadets were enrolled in the Harding University Army ROTC program. Exactly four of those cadets were women, making up 19% of the Harding program, while the national average of women total in all six military branches is 16%.

While the recruitment of women for ROTC programs is often hindered by the stigma of being a male-dominated program, the Harding program has been successful in finding new female recruits. Three female students hoped to join the ROTC program in the following spring semester, one of which being freshman Elizabeth Fisher. These new recruits would increase Harding’s percentage of female cadets to nearly double the national average of the United States military.

“The environment is more encouraging and healthy than other groups you see,” Fisher said. “Because of the leadership, I feel comfortable and know I can trust them. Also, there is already very successful female leadership within the cadets that I have a lot of respect for.”

All ROTC cadets, male and female, competed academically, physically and tactically to be ranked against one another. At the same time, they learned the importance of teamwork, leadership skills and selfless service.

“You can’t be in service for yourself because you have to be able to say, ‘Yeah, I am willing to die for these people,’” junior Elizabeth Robbins said. “It’s about these people. It’s about your soldiers. It’s never about yourself.”

Women have served in the military in various roles for over 200 years, however, it has been a long process of breaking down the barriers preventing them from serving in the same roles as their male counterparts. It was only six years ago, in 2015, that women were finally allowed to serve in direct ground combat roles, a job that had previously been reserved for male soldiers.

“Other women went and broke those glass ceilings because we are capable,” junior Erin Gaessler said.

While military women no longer faced restrictions blocking them from combat-related roles, they often still faced the challenges of establishing themselves within the male-dominated field.

Regardless of the challenges they faced, the female cadets of the Harding ROTC program remain committed to representing and enacting the qualities of a true American soldier.

“I want to live selflessly,” sophomore Mariah Miller said. “I want to live a life where at the end of the day, it’s like, ‘Okay, you did something to help other people. It wasn’t all about you.’ That’s really what you find here. It’s camaraderie. It’s selflessness, working together with other people to accomplish a task. I realized that in the ROTC program and decided that’s what I want to do.”