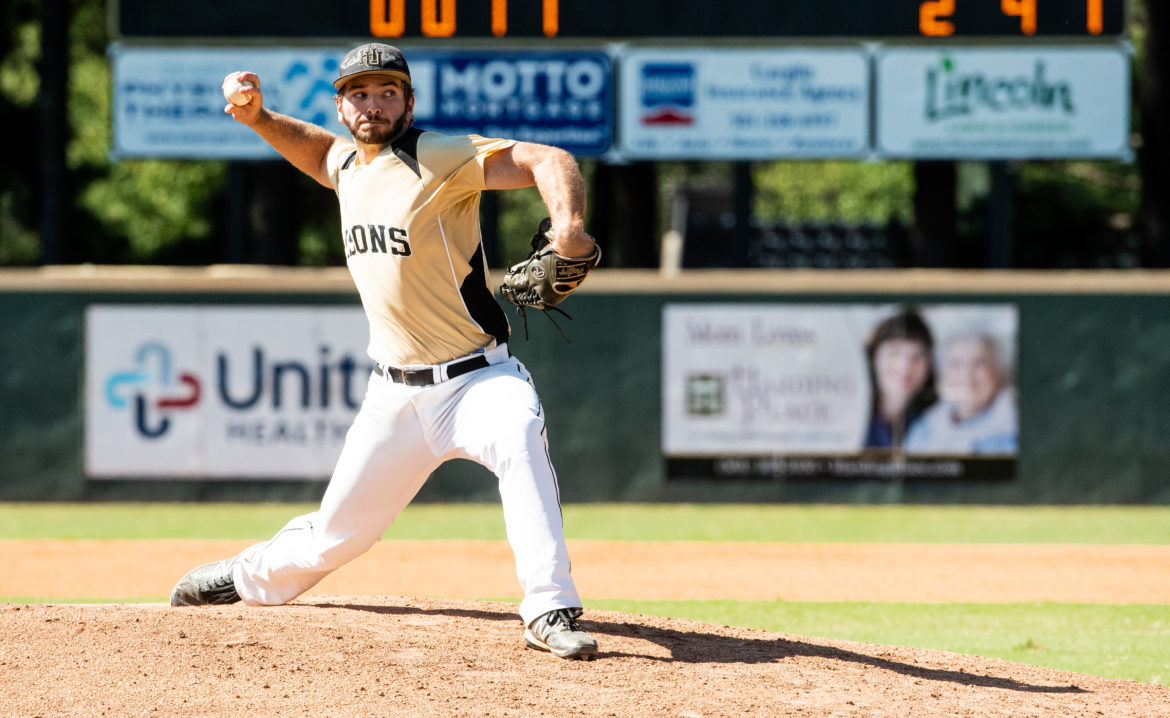 The Harding baseball team ended their off-season with the final two scrimmages of the Black and Gold series on Oct. 23 and 24. Black team won the series, beating Gold 4-1 overall.

Head baseball coach Dr. Patrick McGaha said the scrimmages helped the players prepare to compete against other teams, which was especially important for the freshmen on the team.

“[The freshmen] have not played at this level of competition yet, and the difference is really being able to compete and stay focused and being able to play scrimmages allowed those guys to learn how to do that,” McGaha said.

“The cool thing about the Black and Gold [series] is that there’s a lot of hype building up to it and within it, and so the guys really wanted to win, and every game was treated like a serious one we might have in the spring,” Doyle said.

The team has undergone some changes with the recent graduation of several players. McGaha said it was important for the new replacement players to integrate into the team.

“We graduated a lot of guys last year that have been integral parts of our program, so we’re not necessarily young, but we do have a lot of new faces,” McGaha said. “And so this fall, it was important to try and really mesh together and kind of come together as a family and be able to integrate these new guys into our returning group, and I think we’ve really done a good job of that.”

In the spring, the Harding baseball team will kick off the season with a three-game invitational tournament in Hot Springs, Arkansas, from Feb. 4-6. McGaha said this tournament will be a good opportunity for playing skilled teams they usually don’t get to compete against. The team will begin the Great American Conference (GAC) on Feb. 18 against East Central University.

McGaha said while the GAC will be competitive, he feels good about the team’s offensive and defensive skills.

“I feel like we’re going to put a really good defense on the field, as we usually do,” McGaha said. “And this fall we showed a lot of offensive power. We really hit the ball well … and scored a lot of runs.”

Doyle also said he feels good about the spring season.

“I do think, from what I’ve seen from Black and Gold, our hitting is very, very good,” Doyle said “And so I think we’re really going to be able to compete with big power teams.”

McGaha said good pitching is something the team will need to work on for the spring.

“I feel that we have a lot of talent,” Price said. “Almost so much to where we don’t know what to do with everybody right now, so I’m looking forward to seeing where we move guys, what pieces fit where, and most importantly I’m excited to go win games in the spring.”

With the full practice window for fall now completed, McGaha said he feels it has been a good fall and that the Black and Gold scrimmages ended the off-season well.

“We always finish the fall with Black and Gold intrasquad World Series, and it’s always a good way to end,” McGaha said. “It’s a lot of, you know, camaraderie building and you have the guys really get excited about playing against each other, and so [the scrimmages] went really well …We had a really good fall and being able to end playing games against each other is always fun.”