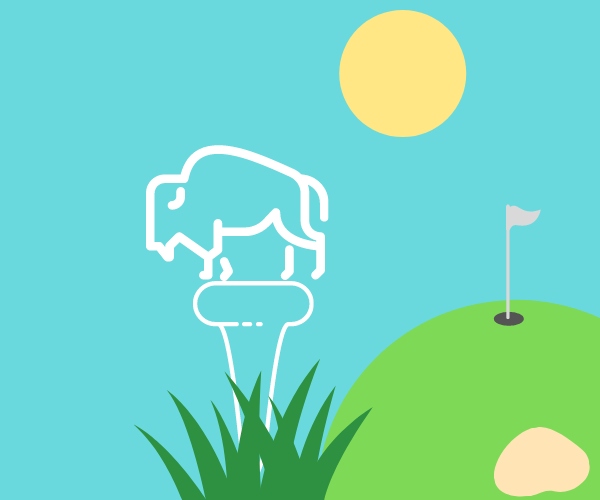 The women’s golf team began their season earlier this month on Sept. 8 and 9 at the Central Region Fall Preview, hosted by Southwestern Oklahoma State. The team had a strong showing, finishing seventh of 19 teams.

The team was also strong at their most recent tournament, finishing sixth of 16 teams in the Northeastern State University (NSU) Women’s Golf Classic. The team finished the two-day tournament with a team total of 608, 32 over par. This is the team’s best 36 hole score under head coach Dustin Howell and is tied for the second-best 36 hole score in Harding history.

“It honestly never really hit me that I scored a personal best until later,” Bryan said. “But I was happy to be able to pull together two good scores back to back, which can be a challenge.”

Members of the golf team say they have been adjusting their mindset to be more comfortable on the course, which has contributed to their performances. Sanchez said she is also grateful for the external support that has encouraged her.

“Breathing in between holes was definitely my strength during that tournament because it helped me feel confident and relaxed while I played,” Sanchez said. “I felt very motivated, because even though my family was not physically there to support me, they were cheering for me and following my score, so feeling their strength and trust in me helped me get through the very tough moments of the round.”

The positive performance is also a result of the team’s pre-season preparation. In addition to golf practice on the course each day, Martinez said the team works out together twice a week. Frequently practicing and conditioning with the new strength coach, Steven Wallace, has helped build the team’s sense of community and confidence.

“We have a good team, and we are very supportive of each other,” Martinez said.

The team hopes to build upon these initial performances through the rest of the fall season and the spring season beginning in February. Although she produced a score she was proud of, Bryan said she wishes to beat her personal best again before the year is over.

A team goal is to qualify again for the regional tournament. Sanchez also said she wants to maintain her scoring average and play concise rounds.

Regardless of the future, the women’s golf team is pleased with their current training and performances. Bryan said their early wins place them in a good position to rank well later in the season.

“Overall, we are off to a great start,” Bryan said.