Home Lifestyle How to choose a major 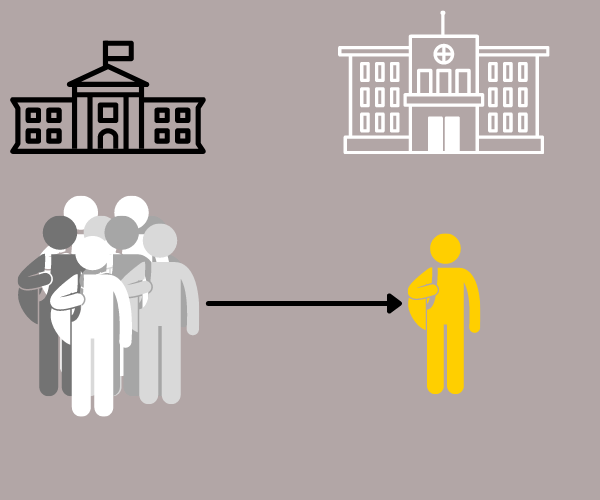 Students may come to college uncertain about what their major will be, or they may decide that the major they chose is no longer what they want. However, there are resources on campus to help students have the education they want.

Dean of the University College Kevin Kehl said students who don’t know what they want to do are often pressured to choose and decide very quickly. About one third of students registering for Bison Bound say they are undecided, Kehl said, but by the time they arrive at Bison Bound that number has gone down to around 5%.

Uncertainty about choosing a major isn’t just limited to freshmen. Sophomores, juniors and seniors all visit the Career Center — and some change majors more than others. Senior molecular and cellular biology major Derek Nutt is one such example and has changed his major at least 20 times since he came to Harding, he said.

“I started out doing something absolutely ridiculous, okay — I was wanting to do genetic engineering, and I thought that that was a combination of studying genes and engineering,” Nutt said. “So I tried to major in both mechanical engineering and biochemistry but quickly found out [that] was the wrong thing to do. So in a way, I’ve kind of stuck to my plan, but there’s definitely been a few tangents here and there, too.”

Nutt said he has experimented not only in biology, but also in kinesiology and film and plans on going to law school after he graduates.

“I think college is obviously a formative process and you’re developing all the way through, so you’re going to develop new philosophies and thoughts on various issues,”  Nutt said.

Such exploration is the purpose of some of the opportunities offered through the Career Center.

“The idea of exploration during college is an expectation, and so we just make it official with exploratory studies,” Kehl said, “We want students who are exploring — who know they’re exploring — we want to normalize that.”

Kehl said there are as many reasons for changing majors as there are people. For senior Bible and math major Alina Westbrook, it was a hard decision.

“It was a bit of [an] identity thing, and so whenever I realized that I needed to change my major that was [getting] swiped at the knees, you know — [it was] a humbling moment,” Westbrook said, “God has built me as a teacher, [and] now that I’m in pre-student teaching and everything I can see that a lot better now than I did before.”

Westbrook stated that now at the end of college, things that seemed important at the beginning no longer matter so much.

“If you were to interview faculty members and ask them about their career journey or their vocational path, it’s not always very linear,” Kehl said. “And if you were to ask them about what they thought about when they were 18-22, it’s often very far from where they are right now.”

Nutt said finding your major is helpful, and people should pursue it completely.

New cafe plans to open on Harding campus in January