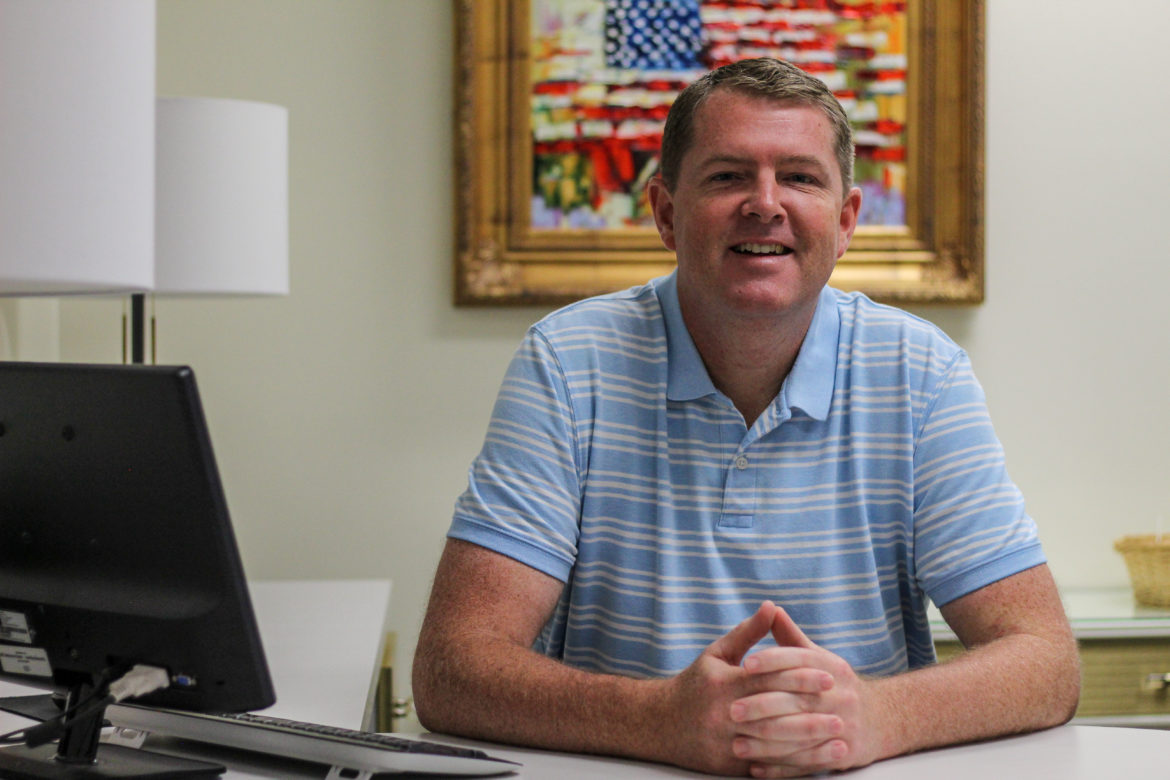 Duke’s connections with ASI at Harding go all the way back to his days as a young boy growing up in Searcy.

“I’m from small-town Arkansas, and I have always appreciated this idea of speakers who are experts in their field coming to my small town and sharing their expertise,” Duke said.

Duke has been an associate professor of history at Harding since 2014 and plans to continue teaching while serving in this new role. During his time at Harding as both an undergraduate student and faculty member, Duke said he has enjoyed attending as many ASI events as possible. Additionally, Duke said he encourages all of his students to go see the ASI speakers when they visit.

“Anytime we have people on our campus that have been successful or achieved something, I think you can benefit from what they have to say,” Duke said. “It doesn’t mean that you always have to agree with them, but you can take what someone says and see if you can learn from it.”

Senior Seth Sims, one of ASI co-chairman along with senior Konrad Heyen, is optimistic about serving under Duke this year.

“I think Dr. Duke brings a lot of good ideas to the table,” Sims said. “I think he will help ASI grow and be more active on campus.”

Kirkman said she is excited as well about the future of ASI under Duke’s leadership. Kirkman shared that one of the first documents she read when she first became executive director of ASI six years ago was an essay on the history of ASI at Harding written by Duke as an undergraduate student.

“Dr. Duke has been preparing for this since he was in college,” Kirkman said. “Of all the people that were on campus to take over, I am especially excited that it was him because he knows the history.”

Additionally, Kirkman invited Duke to be the keynote speaker at the most recent ASI induction last October. Kirkman referred to this coincidental decision as foreshadowing, as this came months before she planned to transition out of her role as executive director.

In his keynote speech, Duke spoke on how personal stories and connections make up the backbone of ASI. These ideas remain at the forefront of Duke’s vision for the future of ASI.

Duke’s experiences with American Studies go beyond Searcy, as he taught in the American Studies department at Johannes Gutenberg University in Mainz, Germany, for the better part of seven years. Duke stated that this experience has made him interested in exploring how different types of people think about America.

This spirit of curiosity is something that connects Duke’s background as a historian to his new role in ASI.

“Historians tend to be curious people, and I think that a part of American studies is that exactly: trying to be curious,” Duke said.