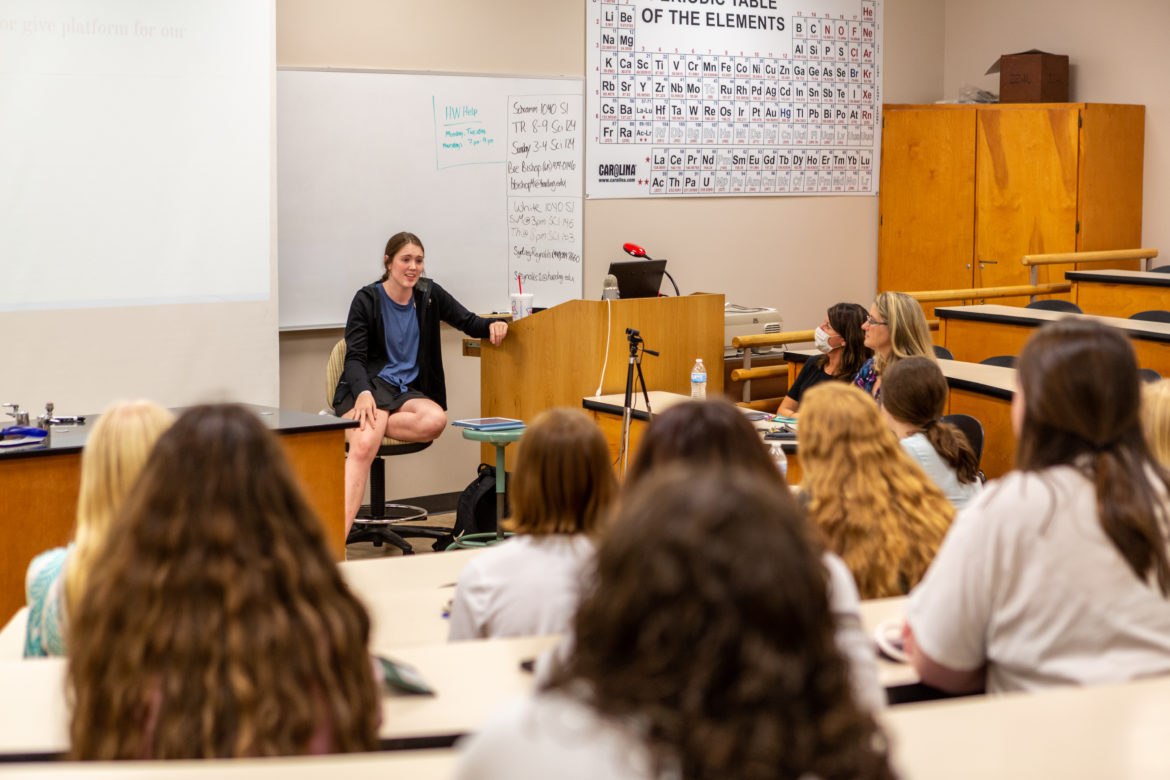 Harding welcomes a new academic club to its shores this semester with WISE: Women in Science and Engineering. Initiated by junior biochemistry and molecular biology major Libby Hinton, WISE seeks to connect women of STEM and help them build community together.

“It’s good to know that you’re supported by those who you’re with every day and you see all the time,” Hinton said. “I think [it] helps build your confidence in not only yourself [but] one another.”

While WISE is just beginning to form, Hinton has great plans for what the club is going to look like once it gets going — in both academics and spiritual life.

“We definitely want to [invite] speakers in that are already working [in] stem fields, so in industry and academia, [and] have them both talk about their research and talk about some of the struggles or particular aspects that may come into play from being a woman in their field — things that they may have had to deal with as they were coming through,” club sponsor and assistant professor of chemistry Jaime Murphy said. “We’re gonna have women-led devotionals — so we want to give an opportunity for the women within the science area, but also we would like to invite some of our friends that may be in the College of Bible that don’t always get that opportunity either to come in and lead some of our devotionals.”

WISE is not just about connecting Harding students. The club also plans to be active in the Searcy community, helping other young women get excited about science.

“One of my roles within the department is to do community outreach, and so I’m hoping to work with the club and have them go out to schools and do STEM nights,” instructor of chemistry Heather Hollandsworth said.

Hinton and Murphy are hoping to connect with other clubs that already do devotionals, like the American Chemical Society, as well as with women of other majors on campus.

“I think often there’s not a concerted connection within women to kind of highlight some of [our] particular struggles and have a way to voice that in a way that doesn’t come across as being divisive or difficult,” Murphy said. “We’re not trying to do that — we are trying to come together and figure out ways we can troubleshoot particular problems perhaps even before they happen.”

The club is currently open to women in the college of science, but there are plans to expand that once the club is established.

“It’s bringing all of our science majors together and there’s sometimes not a lot of crossover between them,” Hollandsworth said. “Some of them have the same goal — they’re still all trying to go to med school or they’re wanting to go to grad school — but they’re taking a different path, and so this allows them that interaction and to learn from each other.”