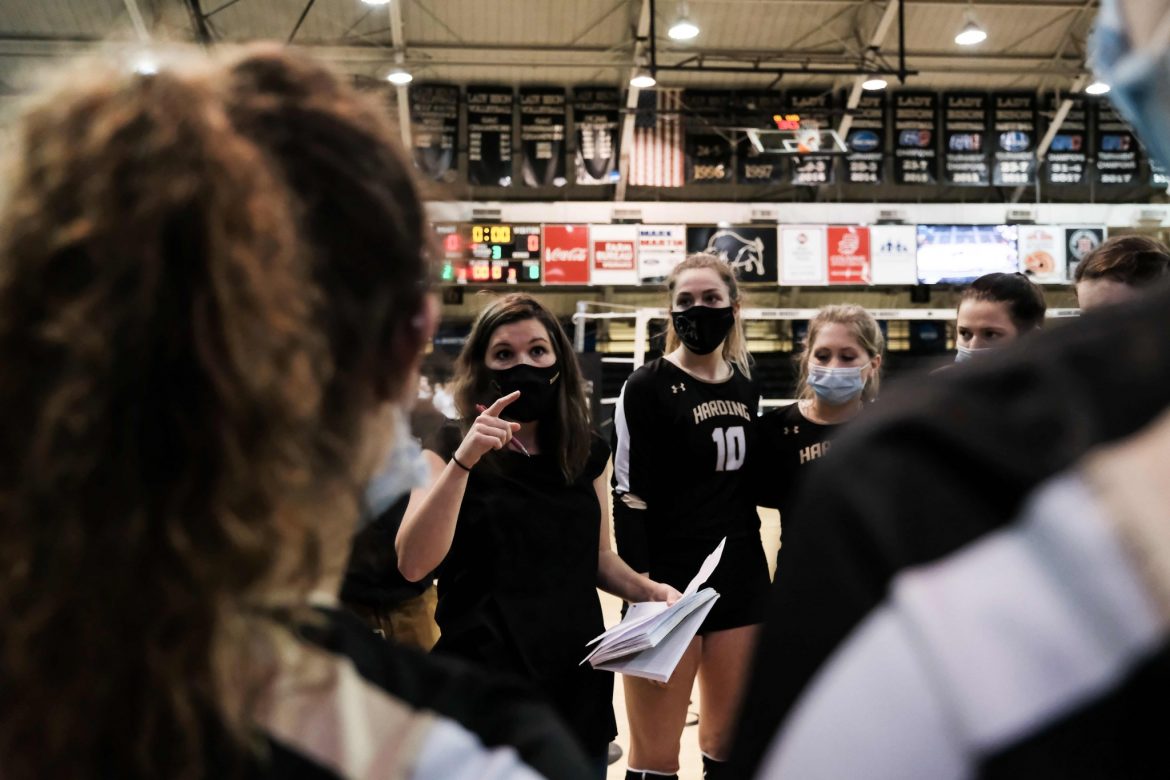 “My teammates have definitely been my rock throughout this entire season,” sophomore middle blocker Kelli McKinnon said. “I am so thankful that I get to play next to them and go through this whole experience with them. They make everything so worth it, every win, every loss, every practice, and without all of us showing up for each other each day, we would not be where we are today.”

Through the year of unknowns, the team is most thankful for the opportunity to play the sport they love.

“This was an opportunity that came out of nowhere and something that has really been a blessing,” sophomore team manager Avery Voss said. “Being with the team each day has been so much fun, and seeing them work hard in practice and do so well this season makes it all worth it.”

Although the 2021 season has ended, plans for next season are already in play.

“I am thankful we got to compete, and in the end, have fans to support us,” junior outside hitter Amber Robin said. “We didn’t finish the conference how we wanted at second place. We fought hard, and we got better with every game that we played. We are working hard, and we are ready to come back even stronger next season.”

The team placed third at nationals and finished the season with a 15-3 record and a 10-0 conference record. The Lady Bison’s volleyball overall season statistics are as follows: 626 kills, 88 aces, 898 digs, 82 blocks, 12 solo blocks and 571 sets.

“Our season has been so much fun,” sophomore defensive specialist Emma Winiger said. “We have grown closer together and worked so hard this season to push ourselves and get better. I love our seniors so much, and it has been amazing to finish this last round with them.”