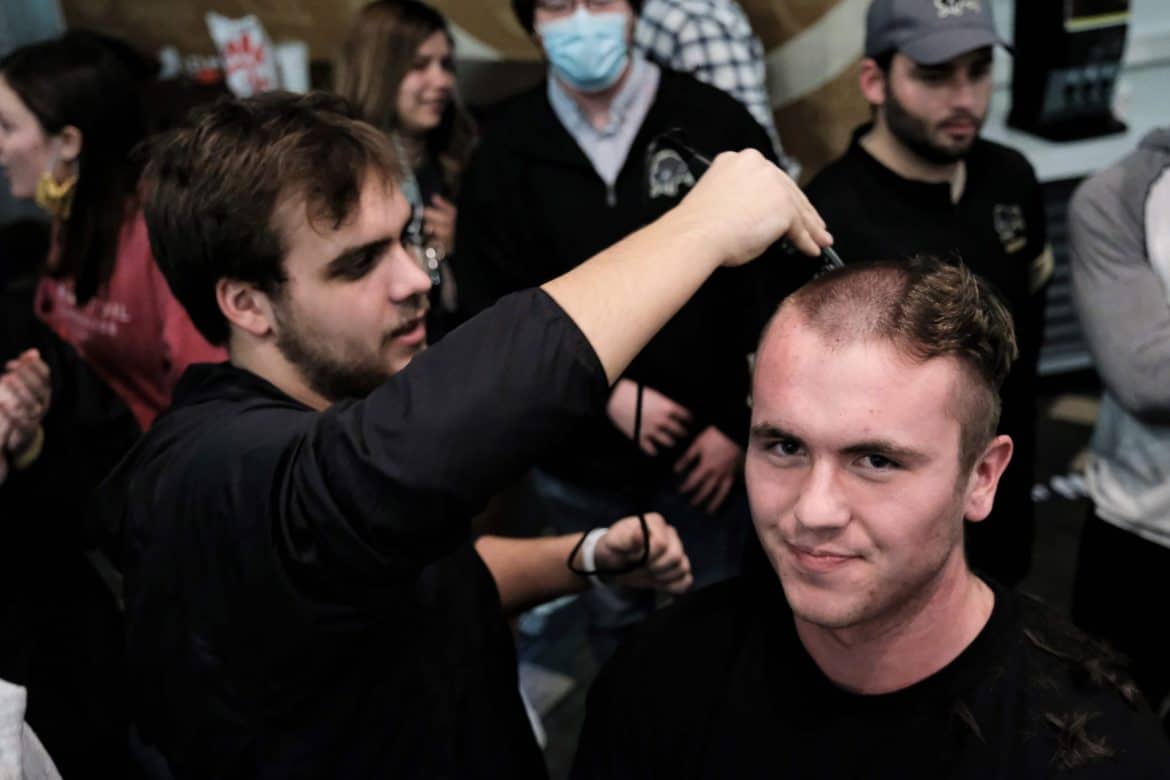 A group of Harding students raised over $2,600 for Kibo Group by hosting an impromptu fundraising event, “Shave-Off,” last Tuesday, Feb. 23.

Individual participants raised money by selecting a dollar amount they wished to raise, and if accomplished, they shaved their heads in return. All of the fundraised money went toward Kibo, a nonprofit dedicated to supporting people in East Africa.

The shave-off started as a dorm room conversation about unique ways to raise money, which led to sophomore Micah Gill reaching out to potential participants and making it happen.

“This all started with a text that was a joke telling my friends I shaved my head, and we ran with it,” sophomore Cooper Moore said. “My friends agreed on an impulse saying they would shave their heads, too. This idea sparked Micah’s interest, and the discussion for raising money began.”

Soon after, shave-off graphics circulated social media, and the word spread among Harding students. Twenty students shaved their heads, reminding Harding that as a “community of mission,” it can change lives.

Gill said he is grateful for those who participated, and he encourages students to contribute by buying Midnight Oil coffee, as a portion of the profits go to Kibo.

“I am thrilled about how the event went,” Gill said. “I’m so grateful to everyone who gave and participated and shaved their heads. It was uplifting to see students come together, transcending cliques and clubs, in order to build community, build relationships and make a difference in the lives of others that they will never meet.”

Sophomore Drew Fowler participated in the shave-off and said the number of people who gave money was impressive. He also said an anonymous donor promised to match the money raised for Kibo missions.

“The shave-off turned out to be an incredible success,” Fowler said. “I was overwhelmed with how many people were willing to give money to see their friends cut their hair for a good cause.”

Students can learn more about Kibo’s mission and ways to participate by visiting kibogroup.org.