Home Lifestyle Much ado about backstage 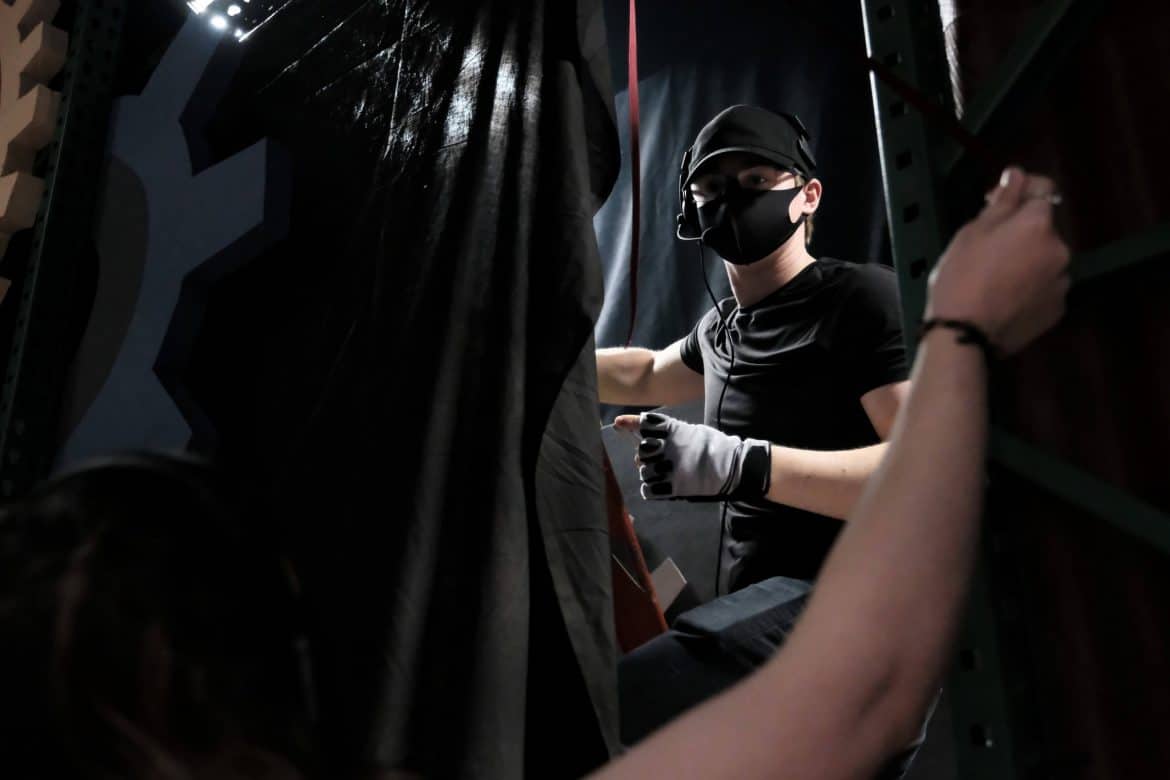 While they rarely see the spotlight, the backstage workers for Harding’s theater productions are integral to the success of each show. With the theater department’s most recent production, “Much Ado About Nothing,” it is no different.

“If you ever watch a film, and you watch the credits at the end, you get about 50 or 60 actors, and you get about 2,000 people that are working behind the scenes — and the same is true for live theater,” director and chair of the theater department Steven Frye said.

Aside from the actors, there are students that work in the scene and costume shops, along with hair, makeup, lighting and sound.

“There’s about 20 people during the actual performance who are working, but there’s probably at least 50 people who have their hands on this show,” senior stage manager Kylie Coffey said.

This year has been particularly hard on the production crew because of COVID-19 restrictions.

“Our shops all have to be physically distant from each other, which reduces the number of crew that we can have in there working at a time, and that impacts how much we can do,” professor of theater Britton Lynn said. “We had a really limited time window with the crews to actually implement the design, which, when you’re planning, changes everything about your approach.”

Frye said that not everyone involved in the production was a theater major, either.

“Some of our performers are not theater majors [or] minors because all of our auditions are open to the campus community, and certainly that’s true of some of the people in our shops — [they] are either minors or just interested in theater,” Frye said.

To become involved, all you have to do is contact the theater office or one of the shop foreman, Coffey said.

“If you are not a theater major or theater minor and you are interested, please come join us,” Coffey said. “We will welcome you with open arms.”

Even though the actors might get the spotlight, all parts of production have to work together to make a show successful.

“There’s always this good-natured ribbing and good-natured rivalry that happens between actors and technicians,  but the fact of the matter is [that] live theater is not live theater without an actor, and so the technicians realize that they need the actor to complete their work, and the flip side is true,” Lynn said.

Lynn said one of his favorite parts of being a part of these productions is the various people he is able to know and work with.