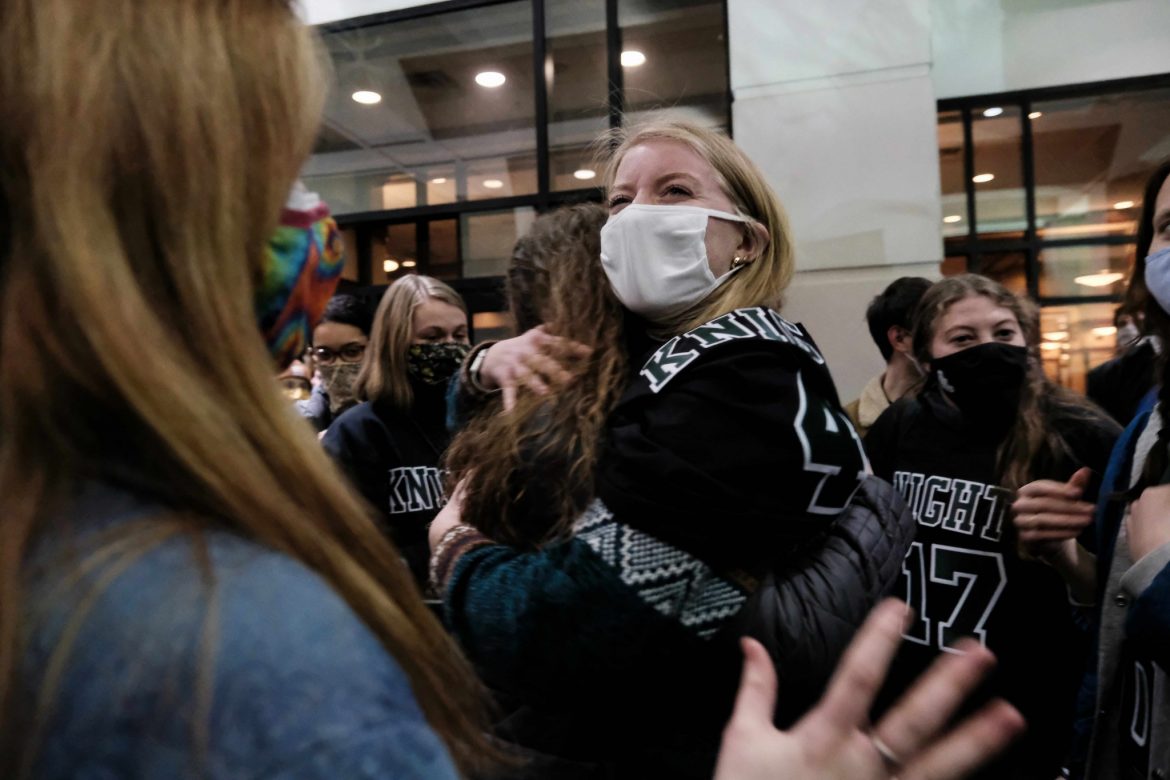 A total of 54 women on campus participated, and the tournament lasted approximately five hours. At the end of the tournament, Knights “queened” the winner, freshman Erin Booher, making her an official member of the club.

“We were inspired by the Netflix show [‘The Queen’s Gambit’], which is about this girl who makes it through the finals of the worldwide chess tournament and ends up winning,” senior Christian Mendez, president of Knights, said. “We thought, ‘OK, we can do this — host an all girls chess tournament — and then in the end, not only will they be the best chess player on campus, but they will also be a queen for Knights.’”

Mendez said a fellow club member sparked the idea one day during a meeting.

“During one of our executive meetings at one of our officer’s houses, [member of Knights senior] Mac Conn walked in while we were talking about queening, and he said, ‘Hey, wouldn’t it be funny if we queened from a chess tournament,’” Mendez said.

Mendez said after that, they began making plans for the tournament since the spring 2021 Club Week.

Knights used a sign-up sheet on Instagram to gather participants and spread the word. After signing up, senior Landon Webb, secretary of Knights, said they would randomly assign women to a bracket for the tournament. There were referees at each table who used an app called ChessClock, which put time limits on each player. If the game was not over, whoever ran out of time first lost.

Booher said prior to entering this tournament, the last memory she had of playing chess was in elementary school. One week leading up to the tournament, Booher said a friend had been teaching her and helping her practice, but she still did not expect to win.

When she began playing, Booher said she became laser-focused, and when she called “checkmate,” she still was not even certain that she had won. Booher said by the final game, the tournament had gathered a large crowd, and after she won, everyone ran outside to “queen” her.

“I really love and admire Knights, so I was very excited to be a part of them,” Booher said. “I was a little apprehensive because of the nature of how I was made queen and because I’m a freshman, but they’ve all been very deliberate in encouraging me and welcoming me.”

Junior Konrad Heyen, historian for Knights, said not only were there over 50 participants, but hundreds of people watched the tournament throughout the day.

“For the final match, we had over 200 people watching in person and on the livestream [on Instagram],” Heyen said. “It seemed to bring all types of students together, whether [they were] in a social club or not, which is better than we could have imagined.”

Heyen said although the tournament was a success, he does not think Knights will do it again but will instead come up with another original idea to enjoy in the future.