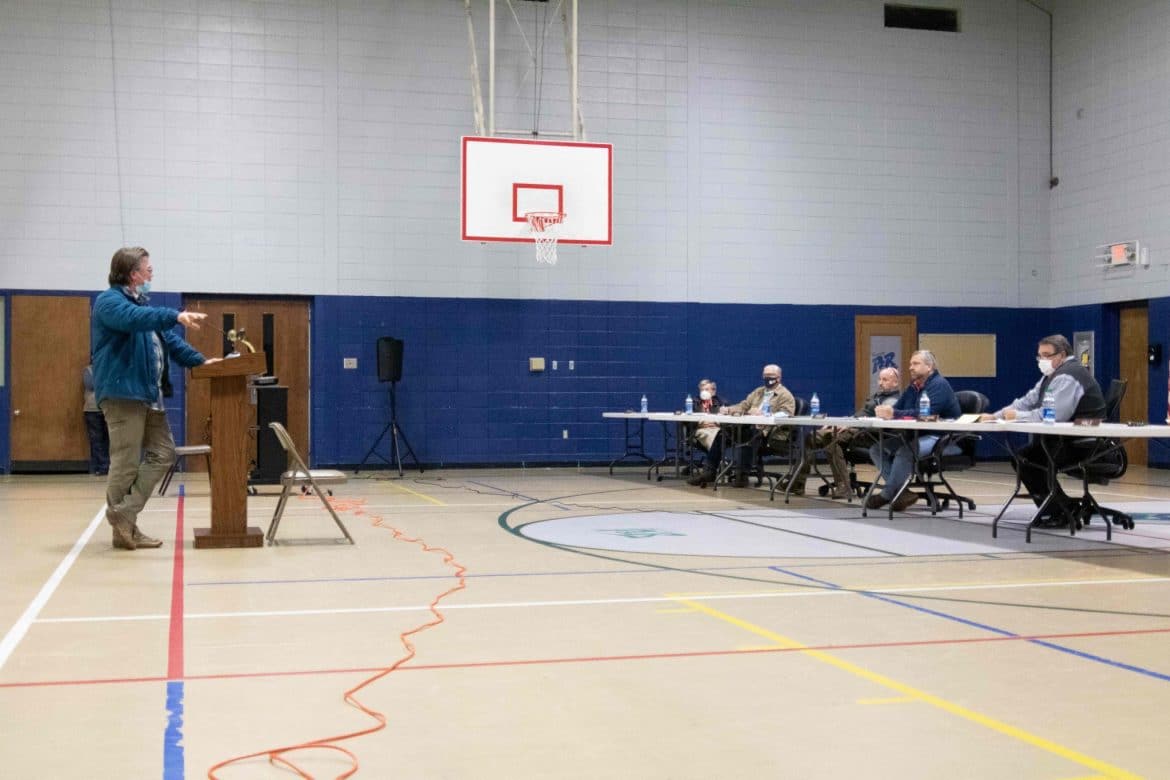 Searcy residents will have the chance to vote Tuesday, Feb. 9, on two issues concerning the renewal of the 1% tax and sport complex improvements.

The Vote For Searcy Committee hired Think Idea Studio, a local advertising agency, to create a public awareness campaign concerning these two issues. Signs displayed across Searcy read “Vote For Both,” as do pamphlets, a website and a Facebook page.

“My job as being hired by the committee is to accurately represent the information presented to us and accurately present it to the public,” President and Chief Idea Officer of Think Idea Studio Mat Faulkner said.

The first issue on the ballot is the renewal of the 1% tax, which has been in place for eight years as a temporary tax and will expire in June 2022. If the issue fails to pass, the loss of revenue from the tax would cause a significant change in budget to maintain the city. The issue would make the 1% tax permanent, allowing the city to pay for ongoing services such as police and fire vehicle maintenance, street resurfacing, street sweeper service and equipment, emergency generators and other maintenance.

“We’re not here to make a profit,” Searcy city councilman Don Raney said at the Feb. 1 town hall meeting. “We’re here to try and provide services like police and fire and garbage and recreational services.”

The second issue on the ballot concerns sportsplex improvements, constructing eight turf baseball and softball fields. If the issue passes, turf batting cages, dugouts, fencing, additional and improved parking, landscaping improvements, plus additional concession stands and restrooms will be constructed alongside the turf fields. The improvements aim to bring tournaments to Searcy in hopes that families will spend more money at hotels and restaurants.

Engineers on the project developed a conceptual design with an estimated cost of $8.45 million for the sportsplex renovations. The city council is requesting voters to approve a bond up to $14 million to cover costs of the sportsplex renovations and other projects, including a new community center, an outdoor water park, Riverside Park bike trail developments and other economic improvements. A budget has not been released to the public allocating specific funds to each project. The $14 million bond will take 30 years for the city to pay back, not including maintenance for the sportsplex, such as replacing the turf every 11 years.

“We are asking voters for the most we can take out,” councilman Chris Howell said at the town hall meeting on Feb. 1. “We want to make sure we have enough funds to do as much as we can out there and potentially fund some projects on the soccer fields and other facilities”.

While early voting began on Feb. 2 at the White County Cooperative Extension Office, residents of Searcy can still vote through Feb. 9 on these two issues.