Home Experience on the campaign: Harding student, professor reminisce about running for council 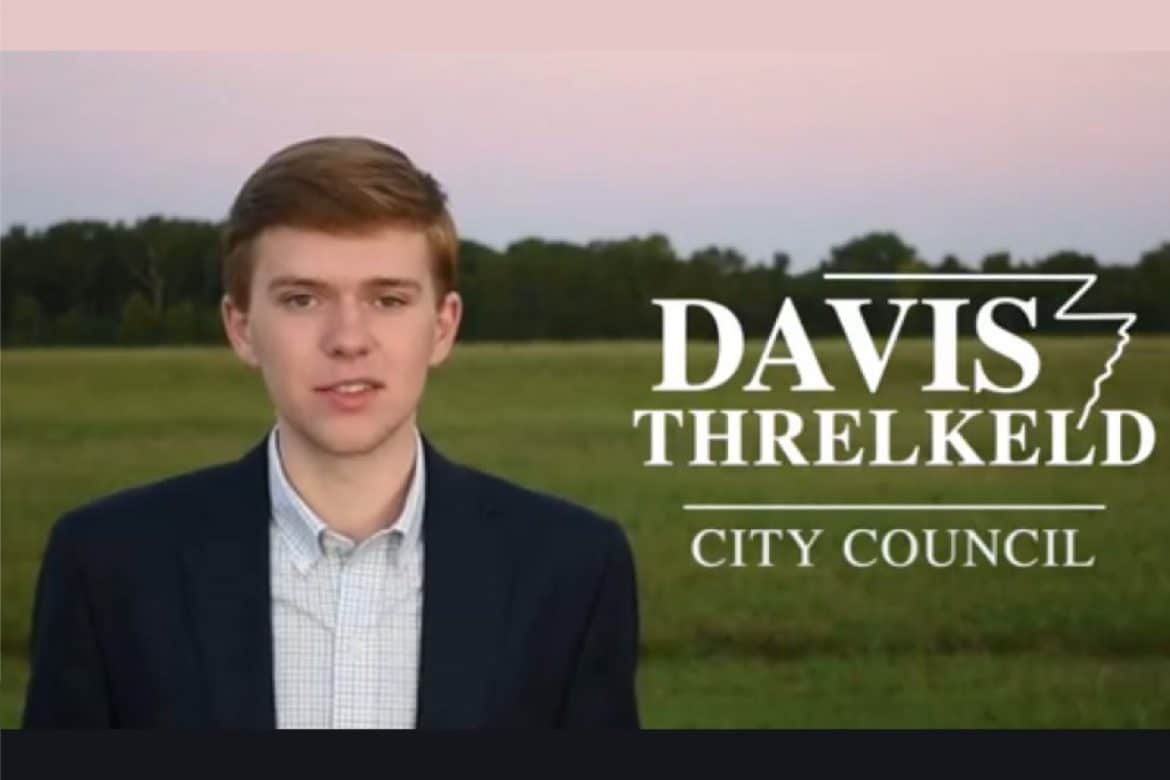 Many were drawn to the presidential and senate races in the November general election; however, the Harding community had reason to pay special attention to their local election this year as two from campus ran for Searcy City Council.

Junior Davis Threlkeld, a public administration major, contended for the Ward 2, Position 1 spot on the Searcy City Council. However, he lost the election to incumbent Chris Howell.

While some council candidates, including Howell, wanted to make the advertising and tourism promotion (A&P) taxes permanent, Threlkeld said his desire was to give citizens a chance to assess the tax by binding it with a sunset clause.

The idea to run for city council was brought to him by a woman in the community who knew his passion for community service and interest in government, Threlkeld said.

Hindered by the pandemic, Threlkeld’s main method of promotion involved hanging campaign bags on the doors of houses. He coordinated the delivery of 2,000 bags, which contained campaign literature, pens, logo pins and a note to citizens. Later, he ensured that 2,000 houses received door hangers.

“I’m 20 years old, and I did not win, but I take with me this experience of the campaign and [gaining] so much valuable experience,” Threlkeld said. “There is absolutely no regret.”

Lori Klein, assistant professor of history and political science and Threlkeld’s academic adviser, said she was proud of him.

“Davis is very knowledgeable about local level politics,” Klein said. “He pays attention to what’s going on in his city. He has a drive to try to make things even better.”

Dr. Ken Olree, associate professor of engineering and physics, ran for the Ward 1, Position 1 spot on the council, losing to incumbent Logan Cothern in the election.

Olree said he sought to become an alderperson because Searcy has the potential to create a better business environment for entrepreneurs. Searcy lacks a business relationship with Harding and should help build up small businesses, he said.

“I was hoping, being a member of the city council, I could help to bring about some more advantageous things that would be good for small businesses and startups, especially technology startups,” Olree said.

Olree said his campaign began in February. He used yard signs as his primary means of advertisement. However, campaign limitations due to COVID-19 played a big factor in his loss, Olree said.

Olree previously ran for city council in 2018. Although he did not win, he said his performance was better without any campaign limitations as he lost by a small margin.

Compared to his run in 2018, his 2020 campaign was disappointing, Olree said, believing he may not have run for city council had he known that a pandemic would impact the election.

Although Olree and Threlkeld said they do not have immediate plans to run again, they are open to future opportunities.