When I was an undergraduate, I can only remember meeting my college president once. He led the small, private university I attended in Atlanta, and I’m sure he was a nice man. But I seldom saw him around campus, and it didn’t seem that he often interacted with students. I met him the day before graduation.

Last year, as I was reading my alumni magazine, I came across the “In Memoriam” section. At the bottom of the list, I saw his name, followed by the words “Former President.” That was all. No article, no paragraph, no sentence of recognition.

I have more to say about my current college president at Harding, but this is no “In Memoriam.” Fortunately, I can say it when he is still very much around. And maybe I speak for others, too.

When I first moved to Searcy, Bruce McLarty was the pulpit minister for the College Church of Christ. His was consistently some of the best preaching I had ever heard — passionate, practical, deeply spiritual and insistently positive. I think my favorite was his series “Same Heart, Different Music,” which explored how much Christians encourage each other when they embrace a variety of song styles in worship.

At the time, neither of us knew that he was planting the seed for an enduring Harding tradition. In “Favorite Song Stories” chapel, members from our community share memories of how a particular hymn has taken on special meaning in their lives. When he was the vice president for spiritual life at Harding, Bruce asked me to gather, edit and present these stories in chapel. My go-to song leader was Mike Wood, and the past eight years of working with him and hearing the heartbeat of our campus in this way has been one of the greatest blessings of my life.

When he left the College Church for a career on campus, I knew I would miss his Sunday messages, but I was grateful to know that now all Harding students — not just those who attended church across the street — would get to hear him speak. From the annual “What is Chapel?” presentation to his extraordinary Lectureship keynote on the Good Samaritan a few years ago, we have all been blessed by his knowledge of scripture and his gift for communicating it.

Under his presidency, the “Harding Read” came to fruition, and that first year he introduced us all to William Wilberforce. Yes, his excess of zeal for the 18th Century abolitionist opened him up to good-natured ribbing, but now a huge cohort of alumni know all about the statesman who fought for 50 years to end slavery in England. And we now also know more about Corrie Ten Boom, who endured time in a labor camp because her family hid Jews during the Holocaust. And about C. S. Lewis, who taught us what “Mere Christianity” looks like.

Because of the Harding Read and the American Studies Institute, during Dr. McLarty’s tenure as president, we got to hear the delightfully funny Wilberforce biographer Eric Metaxas, the energetic Auschwitz survivor Eva Kor, the Civil Rights legend Ruby Bridges and former First Lady Laura Bush. I even got to shake hands with the stepson of C.S. Lewis.

As president, he led with conviction and graciousness. When he told the incoming freshmen each year that they could not leave the University without first coming to talk to him, he meant it. When he began using social media as a tool, he rejected its snarky side and shared consistently positive messages, celebrating so many great moments on campus with a photo and just the right encouraging words. I know few who model the joy of Christianity better.

When he admits his own struggles, he is honest. I’ll never forget “Cardboard Confessions” chapel. The Harding version of this YouTube phenomenon involved students, faculty and administrators, who stood silently onstage one at a time with a piece of cardboard and a simple message of transformation. Bruce held a sign that read, “Failed Missionary — But God is still finding ways to use me.” He was referring to a year in Kenya that did not go quite as planned, but he was telling us that we are each a work in progress in the eyes of our creator.

College presidents have burdens that no one else can understand. Even in a year with no virus, no social unrest or no national election, there are daily stresses that test the souls of the best leaders. Dr. McLarty has led with integrity and grace. He has embodied the heart of this “community of mission,” as he so aptly calls it, and so many feel a personal connection to him. He has a gift for caring and for finding just the right words in just the right moment.

Harding has been incredibly blessed to have Dr. and Mrs. McLarty at its helm for over seven years. Even those who disagree with some of his decisions know that he listens and that he does not make hard choices lightly. I’ve heard many students say that they came to Harding because of him. Many have stayed because of him. I truly believe we are better because of him.

Just the Clax — I’m ready for my close-up, Ms. Brooks

Let’s talk about it — And the bells were ringing

Room to learn: We need people who care 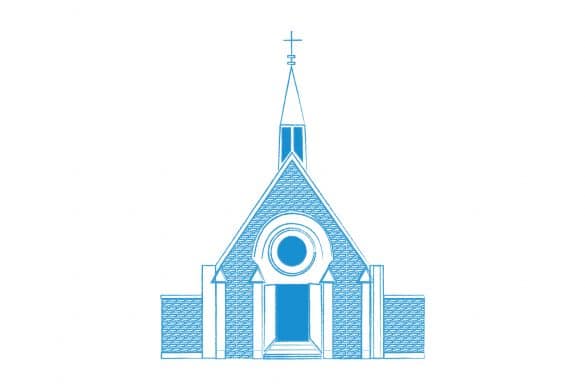