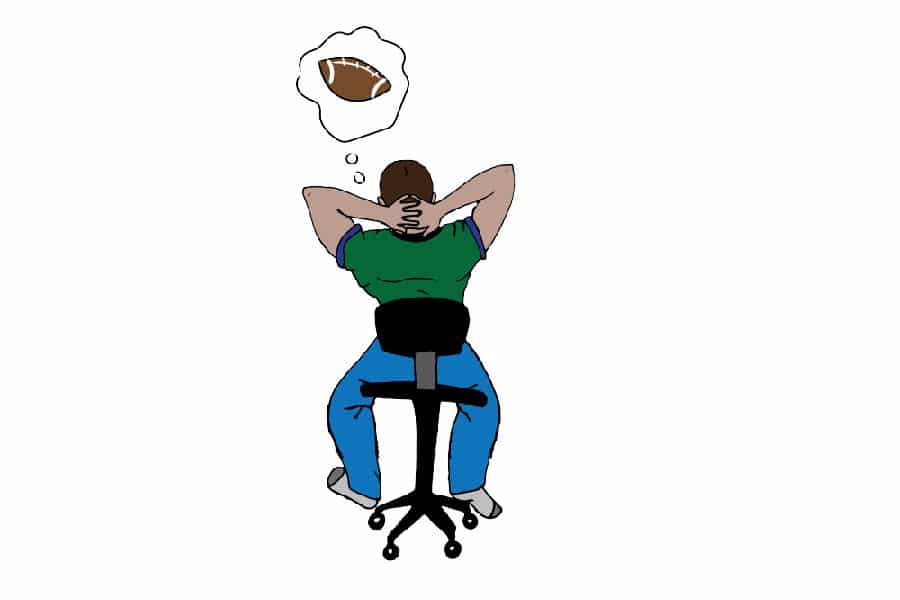 Fantasy football is an online game that has changed the way fans watch live football. People form their own leagues, watch talk shows specifically about fantasy football and make bets about which players and teams will succeed. Fantasy football gives NFL fans more incentive to involve themselves with the sport, and many on campus are taking advantage of it.

Sophomore Lydia Brackins said she became more engaged with the NFL and with her friends because of fantasy football.

“It was something to do with friends,” Brackins said. “I could have that experience being a part of a pro team.”

Brackins has been part of many different leagues throughout the past few years. Brackins said the game helps her connect with live football by feeling more connected with the players on the field.

“I remember the names of my players,” Brackins said. “I would get hyped about watching them.”

Brackins said she recalls feeling more engaged while watching football when the players she used on her fantasy football team were on the field. She said she would watch games just to see how her players did, even if it was not a team she was typically interested in.

“It’s pretty much a way for [the] NFL to get fans involved,” sophomore Caden Burks said. “It makes every game more meaningful for any person.”

Burks said he noticed how fantasy football is a tactic used by the NFL to help get people more involved in the sport. Through this online game, fans can personally invest in live games in a way that is more interactive than simply watching their favorite teams.

Senior Jesse Beck said he enjoys being in a league with 12 friends called “Harding’s Finest.” During their time of transition out of college, this group of friends still enjoys togetherness through the sport.

“We have a group message,” Beck said. “Everyone talks smack. It’s just a fun thing to do with our friends.”

Beck and his league enjoy upping the ante of the game by pooling money for the winner and implementing a punishment. This year, the winner gets $240 while the loser in the league has to sit at Waffle House for 24 hours. Beck explains that every waffle the loser eats equals an hour off of their time.

“We like to give an incentive,” Beck said. “Sometimes, when it gets later into the season, people do not want to play as much. This keeps everyone in the game.”