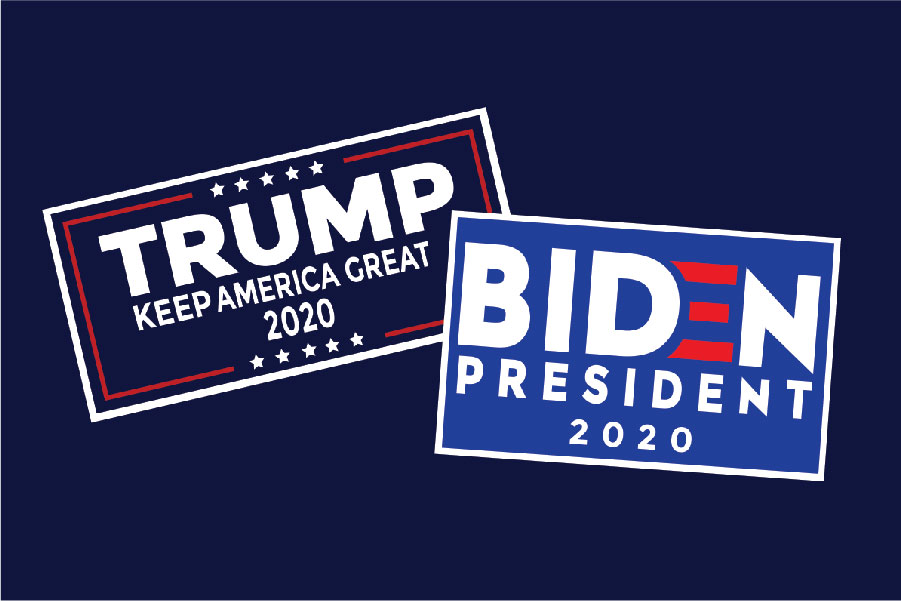 The 2020 Presidential election is just around the corner. Next Tuesday, Nov.3, is Election Day — and the final chance for Americans to cast their ballots for the Presidential, Senate, House of Representatives and local races this year. Of these, the primary contest that has dominated national news is Republican President Donald Trump’s reelection campaign against Democatic Former Vice President Joe Biden.

This year’s election is unlike any other in recent times, largely due to the ongoing COVID-19 pandemic. According to a New York Times analysis, an estimated 80 million ballots will be cast through the mail this year, which is twice as many as the 2016 election. In light of this, election officials have indicated that it is unlikely that the country will know who the winner will be on election night.

Biden and Trump have expressed differing views on the unique circumstances of this year’s voting process. Biden has stated that he will accept the election results regardless of the outcome, but only after every vote is counted.

Trump, on the other hand, has stated that massive voter fraud might undermine the legitimacy of the election. According to the Associated Press, both candidates are gathering teams of lawyers in preparation for legal disputes over election results.

Trump’s fear of voter fraud might have something to do with his current polling positions. Business Insider reports that Biden has consistently polled higher than Trump throughout the campaign, and enters the final weekend with a 9-10 point national lead.

The New York Times also reports that Biden holds narrow leads in battleground states such as Pennsylvania, Michigan and Wisconsin. Swing states that appear up for grabs include Ohio, North Carolina, Florida and even historically Republican states like Texas and Georgia. A Democratic presidential nominee has not won Texas since 1976 (Jimmy Carter) and Georgia since 1992 (Bill Clinton).

However, as professor and chair of the history and political science department Steven Breezeel points out, the accuracy of polling data has become increasingly in doubt in recent years, especially after the 2016 election.

Regardless of the outcome, experts have indicated that the final results will likely be announced within a week of election day, according to The Independent.

COVID-19 is not the only aspect of this election that is notably unique, as whomever wins the election will become the oldest president in U.S. history.

Many students on campus have already sent in absentee ballots and participated in early voting. As this will be the first time voting for many, junior Student Association Treasurer Bennett Holloway wants to remind students that with great political power comes great responsibility.

“I hope that my fellow Americans grapple with the nuance of each candidate and item on the ballot,” Holloway said. “The simplification and reduction of candidates into a few ideas and phrases is a disservice to our nation.”

Among the most prominent items on the ballot for many is the Supreme Court. On Monday, Oct. 26, Trump’s third Supreme Court nominee Amy Coney Barrett was confirmed by a 52-48 vote to replace the late Ruth Bader Ginsberg. This confirmation is expected to give the Court a more conservative tilt, which would likely be protected if Trump is reelected. Biden, however, has been noticeably vague regarding the possibility of adding justices to the Court, indicating that a Biden presidency might dramatically change the nature of the Supreme Court.

Trump and Biden each gave their closing arguments at the final presidential debate on Oct. 22. Biden closed the evening with a familiar slogan of his that he has stuck to throughout the campaign.

Trump focused more on track records, claiming that Biden is “all talk, no action.” Trump also insisted that his leadership as president will be able to unify the country.

“Success is going to bring us together,” Trump said.