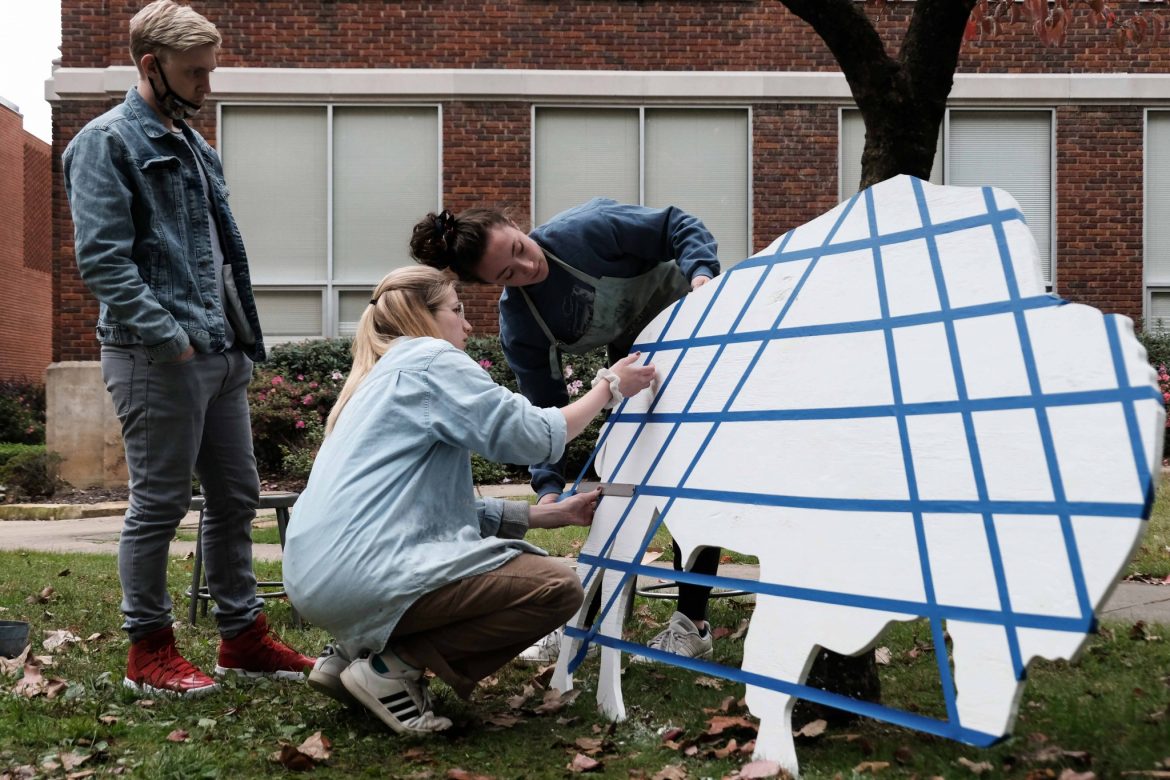 Harding’s 2020 Homecoming, taking place this weekend — Oct. 29-31 — will bring back former traditions, such as the Homecoming parade, while still honoring COVID-19 guidelines and including people of the Harding community who cannot physically be on campus.

Heather Kemper, director of alumni and parent relations, coordinates Homecoming weekend with her team. This year, they have taken the opportunity to provide content online for those who cannot visit campus. All of the annual events that take place — like musical performances and the latest Harding play — will now be available for anyone, at any time.

“Many times there are events that occur at the same time, but this time you can literally do everything,” Kemper said.

This year, the musical will be presented online rather than in the Benson Auditorium. “Vintage Hitchcock” will air on Halloween on KVHU, and there will be a pre-recorded performance on demand for a fee.

The President’s Council will have a livestreamed question and answer session with University President Bruce Mclarty and Dr. David Burks, professor and chancellor of the University, as well as present awards.

The Black and Gold Banquet will premiere Friday night at 7 p.m. The distinguished alumni will be honored, and the deans will present awards throughout the event.

On Saturday, Oct. 31, the parade will begin at Legacy Park at 11 a.m. and end in front of the Donald W. Reynolds Center for Music and Communication building. At the end of the parade, there will be an outdoor pep rally, followed by the crowning of this year’s Homecoming Queen. In addition to being held in person, the pep rally and the crowning will also be livestreamed.

This parade may be new for many current students and faculty, but it is not the first Homecoming parade held on Harding’s campus. This is the first year since 1981 that the University has participated in the Homecoming parade. There will be over 40 organizations participating in the parade, and parade-goers can expect to see floats from all corners of campus.

Senior Briley Saunders will be representing the Student Association on the Homecoming Court.

“There’s a lot we haven’t been able to do, which is hard because it’s senior year, but it’s cool they were willing to go out of the box to give us something special,” Saunders said.

Throughout the weekend, HU16 will be working behind the scenes to prepare digital content for the public.

Junior Jordan Crisco, newscast director for HU16, said he will be heavily involved in producing Homecoming this year.

“This is the first time we have taken on four events on the same weekend,” Crisco said. “It’s a logistical nightmare, but this will be a great experience for us at HU16.”

Additional faculty and 25 students will be covering the online events. Ansley Watson, KATV’s co-host of Good Afternoon Arkansas, and Billy Morgan, the Voice of the Bisons, will host the parade, and Emmy award-winning photographer Rick Trujillo will be photographing the event.

Anyone can stream the Black and Gold banquet, the President’s Council event, the parade and the crowning this weekend at harding.edu/events/homecoming.

A sliver of light: Learning alone