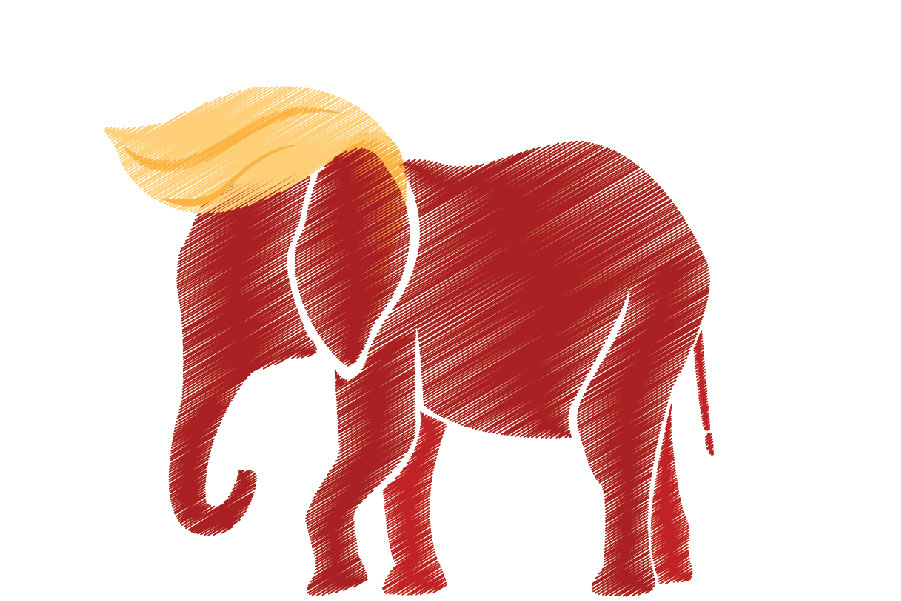 Before I address why I am voting for Trump, I want to preface that I am a Christian first before an American. Likewise, I am a Christian before I am a Republican. I believe that Democrats are not the enemy; Satan is my enemy. Here is why I support Trump for presidency:

First, Trump supports the anti-abortion movement. As a Christian, it is our duty to “speak for those who cannot speak for themselves” as stated in Proverbs 31:8-9. Many experts in the science of embryology have found that from the earliest stages of development (conception), the unborn child is a whole, distinct, living human being. The child has its own unique DNA, fingers, toes, brain and so on. Dead matter does not grow. Some may confuse development or level of development with wholeness; however, someone’s level of development does not determine their value. Some may argue that because Trump is for the death penalty, they want to vote for the other party. However, voting for Trump allows us to save the most lives. In 2017, according to the Death Penalty Information Center (DPIC), 23 individuals were executed  by the death penalty, whereas an estimated total of over 800,000 abortions were committed in 2017. I believe it is my moral duty as a Christian to support the least amount of killing. According to the New York Times, the other party seeks to abolish the Hyde Amendment, which keeps taxpayer dollars from funding abortion through Medicaid reimbursement and has been responsible for saving over 2 million babies. President Trump has vowed to sign a “Born Alive” executive order that would require physicians to care for the baby if it is still alive after a failed abortion attempt.

Second, Trump is not a politician, but a businessman. He believes all Americans deserve equal opportunities regardless of skin color. According to whitehouse.gov and tradingeconomics.com, Trump has decreased the unemployment rate from an average of 5.76% to 3.5% in January 2020 — a number that no other president has been able to accomplish since 1969. Washington Post stated in 2019 that the unemployment rate for Black Americans decreased to 5.4% which is the lowest ever recorded. According to U.S. News, Trump increased job numbers and federal funding for historically Black colleges and universities by 17%. He also released the “Platinum Plan,” with hopes to create three million jobs for Black Americans in the coming four years. Trump’s Tax Cuts and Jobs Act have created Opportunity Zones that encourage investment in low income communities throughout the U.S., which the other party seeks to repeal.

Third, Trump wants to safely reopen the country. He says, “We can’t keep this country closed. This is a massive country with a massive economy. People are losing their jobs. They’re committing suicide. There’s depression, alcohol, drugs at a level that nobody’s ever seen before. There’s abuse, tremendous abuse.”  The CDC acknowledges that the symptoms of anxiety and depression since March 2020 is approximately three to four times higher than reported in 2019. I believe Trump should keep the country open, which would improve mental health and restore the unemployment and poverty brought by the pandemic.

Ultimately, I follow Christ and not man. Trump is not perfect, but he supports the policies and legislation that embody my beliefs as a Christian. Voting does not have to define you. I respect everyone regardless of how they cast their vote. We are Christians first, and we should love each other no matter our political views. I pray my opinions and beliefs do not stir up anger because I want to “be at peace with all men” (Romans 12:18 b).

The case for Joe Biden

A sliver of light: Learning alone