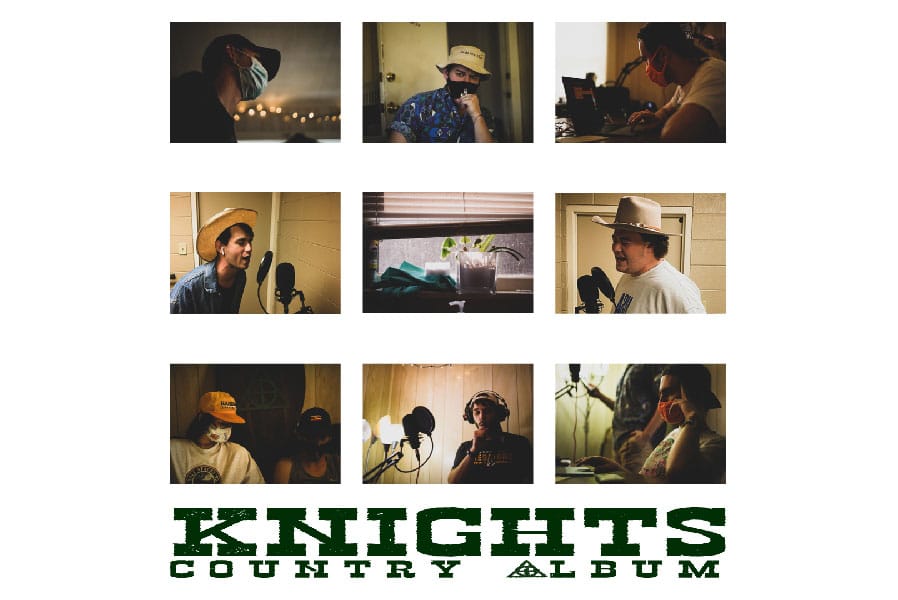 Men’s social club Knights has changed their approach to club activities by giving members the opportunity to share ideas that would help energize the club after learning that club events would be put on hold for a minimum of two weeks.

The news about social club activities being suspended came in an email from Assistant Vice President for Student Life and Dean of Students Zach Neal on Sept. 17.  Senior Easton Davis, president of Knights, said that after he heard the news, he posted on the Knights Facebook group and asked for members to help come up with new ideas for activities that would keep members involved and potential new members interested.

“We’ve been going along this semester trying to do all the old things we’ve always done and just tacking on COVID-19 regulations to those — which inevitably makes those old things less fun,” Davis said. “We’ve been going a few weeks just being disappointed at everything. Now, we’re able to redefine what we do; and instead of tacking on COVID-19 rules to our activities, we’re creating activities for the new rules.”

Among these new activities being planned is: releasing a country music album; playing in Call of Duty and Super Smash Bros. tournaments; filming a music video; making trading cards of Knights members; and ordering new merchandise that includes hats, sweatshirts and T-shirts. Some of these activities, such as the video game tournaments, have been opened to potential new members interested in Knights.

“I’m excited for people to see that Knights can have a lot of fun in whatever situation we are thrown into,” junior Braden Staggs said. “We are in a place where creativity and fun can mix together and create some hilarious and fun things to do.”

Davis said that he believes one of the biggest successes out of the activities planned will be the country album. Thomas Burke, a sophomore in Knights who volunteered to be in charge of the album, said that about 25 different Knights members and queens sang on the album, for a total of 15 songs. Recording the songs only took five days, and the album is set to be released around the beginning of October, according to Burke.

Junior Coleman Bevill said the energy coming from all members of the club is something that he is excited to see.

“We have taken a step forward, and I just really hope everyone in the club sees that and sees we’re on another level right now,” Bevill said. “I hope that encourages [members] to continue being as active as they are. It’s kinda ridiculous because I’ve never seen this energy before —  everybody is just really excited.”

Davis said credit for the new activities and ideas circulating in Knights is due to the willingness of the members to step up and volunteer their own time to see completion of the projects.