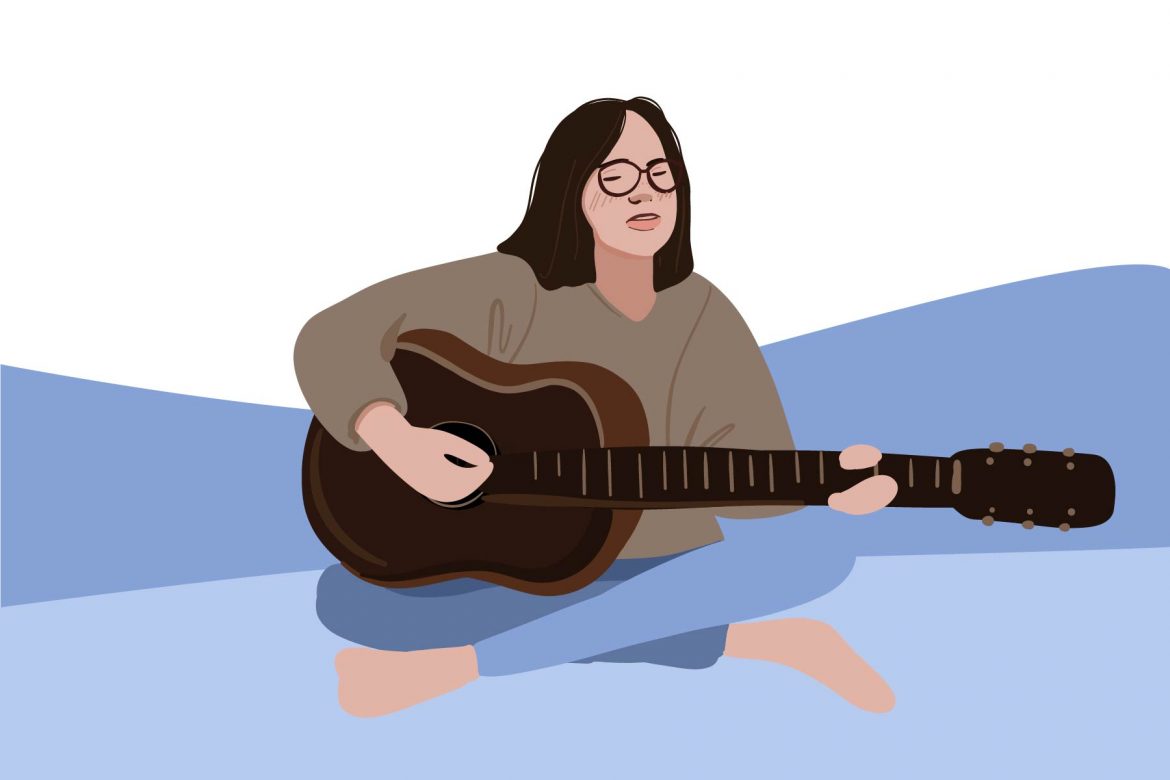 Junior Maddy Hall released her own Extended Play (EP) album titled, “From This Hour” named after one of Walt Witmans’s poems. Hall wrote all the songs in a five-day period while she was at home over the summer.

“I just don’t want to be scared to be bad,” Hall said. “I want to embrace the fact that I don’t know what I’m doing — to make mistakes and work from there — instead of never doing anything.”

Hall said that during quarantine, she was trying to challenge herself creatively, so she wrote one song every day.

She wanted her music to be homemade.

The collection of five songs were recorded in one take on Hall’s back porch. Each song was written, performed and mixed by Hall using minimal equipment.

“When I think about working with Maddy, I think about the story,” senior Laura Weber said. “Making music isn’t just about making music — it’s about the whole story that goes along with it.You get to say, ‘Hey, I did this on my porch, and I had such a good time doing it.’”

Weber, a friend of Hall’s, was inspired by the idea of not being scared to be bad.

people’s opinions, so she just created the album,” Weber said.

“I realized that there is such a freedom that comes from recognizing that your art doesn’t have to be perfect to share with people,” Hall said.

Weber and Hall have created songs together before. The pair sat down and wrote an album last fall, but it quickly turned into something that they both found fun.

“I wanted to see if, on a really ridiculous budget, not knowing what I was doing, if I could have fun making something, and I did,” Hall said.

Hall is known to her friends as poetic and wise, and she also carries that reputation into the classroom.

“Maddy is really a young poet,” assistant professor of Bible and ministry Mac Sandlin said. “Her poetry is always so ambitious. She is always reaching for something is new.”

Sandlin has had Hall in class multiple times since her freshman year. The professor said that Hall is creative in all aspects of her life.

“From This Hour” is a five-song collection that Hall wrote for the exemplification of art, whether good or bad. Hall is using this EP to fulfill the statement of Walt Whitman: to implore and explore the world of not caring what others’ opinions are of art.

You can listen to the EP on Spotify by searching “From This Hour” by Maddy Hall.