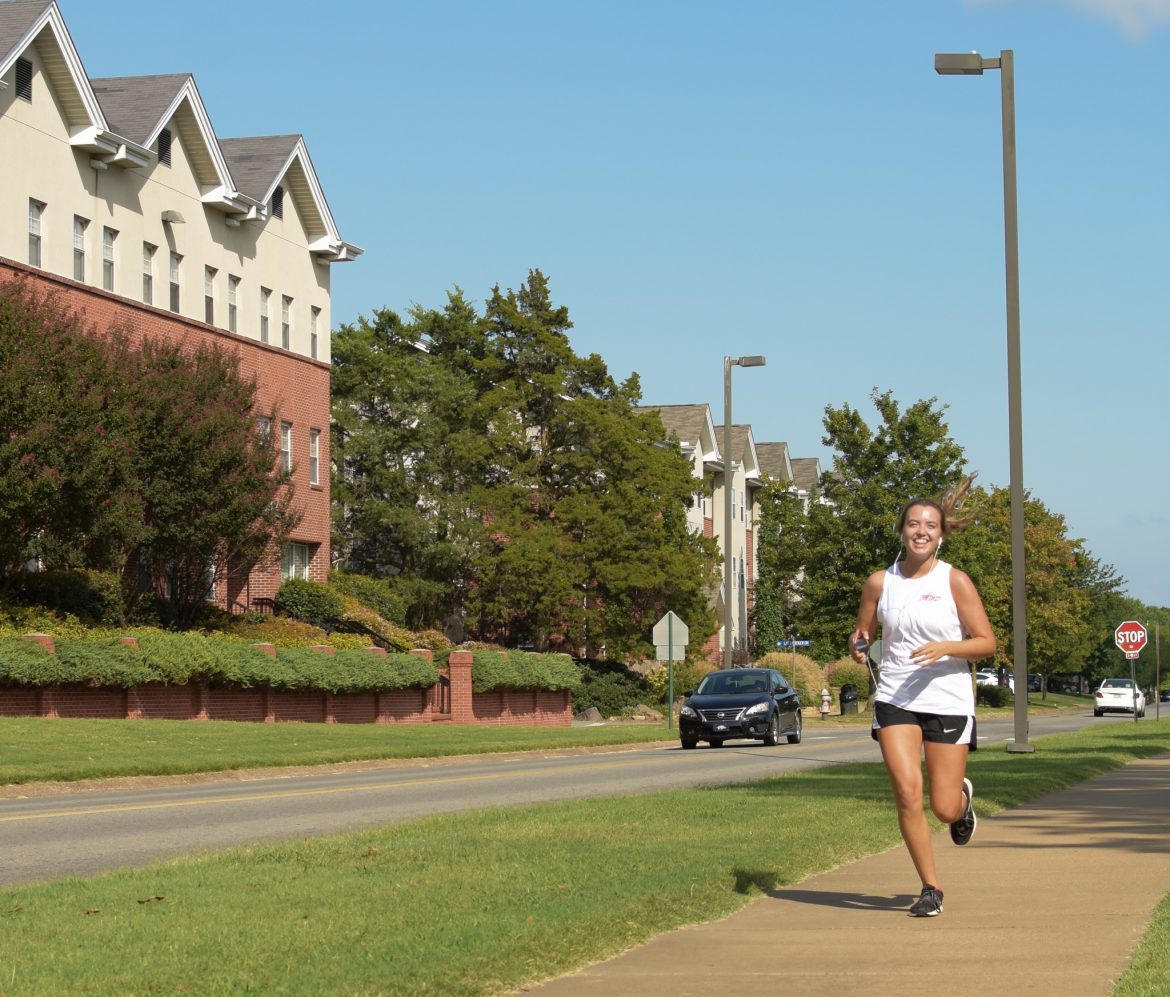 Running is not for everyone, and sometimes it feels like running cannot be for women — especially if a woman is wanting to run by herself. While for most it may be a no brainer to never run alone, there are a lot of women who prefer to only run alone, narrowing down their options for when and where to go.

“I try to go during a time when there is plenty of light,” junior Nizhoni Thompson said. “I also try to stay on a trail or path where I know that there will be other runners, bikers or several people around.”

Thompson is on the women’s cross country team at Harding and said the coaches are very diligent about warning them not to run alone.

After the abduction and murder of Sydney Claire Sutherland in Newport, Arkansas, on Aug. 19, many women in the area are reconsidering their running habits. Junior Layne Pace, founder of Start-Her Running Company, has been using her platform to teach women how to run safely and effectively.

“Always tell someone where you’re going before you run,” Pace said. “Always have an escape plan or people in the area that could come and help you.”

Pace said it is always important to be aware of who is around you and that awareness is vital to staying safe.

“Constantly watching those around you, like if you are running on the street, you should be aware of what cars are around you,” Pace said.

One of the on-campus resources for women is the women’s self defense class on campus. The course is offered in the spring and fall semester to help women learn moves and strategies to protect themselves. Junior Natalie Bland took the class before spending a semester in Florence and Greece.

“I really felt empowered by the class, and even a year after taking it, I know that I could use some of the moves we learned if I needed to,” Bland said.

In addition to the self defense class, Harding provides blue phones on campus for anyone to use in case of an emergency. There are also many apps that runners can download to share their location while on runs. For iPhone users, Find My Friends is built into the phone, and Android provides similar features on their devices. In case of emergency, Public Safety can be contacted at 501-279-5000, and, in the case of a network outage, at 501-322-1757.