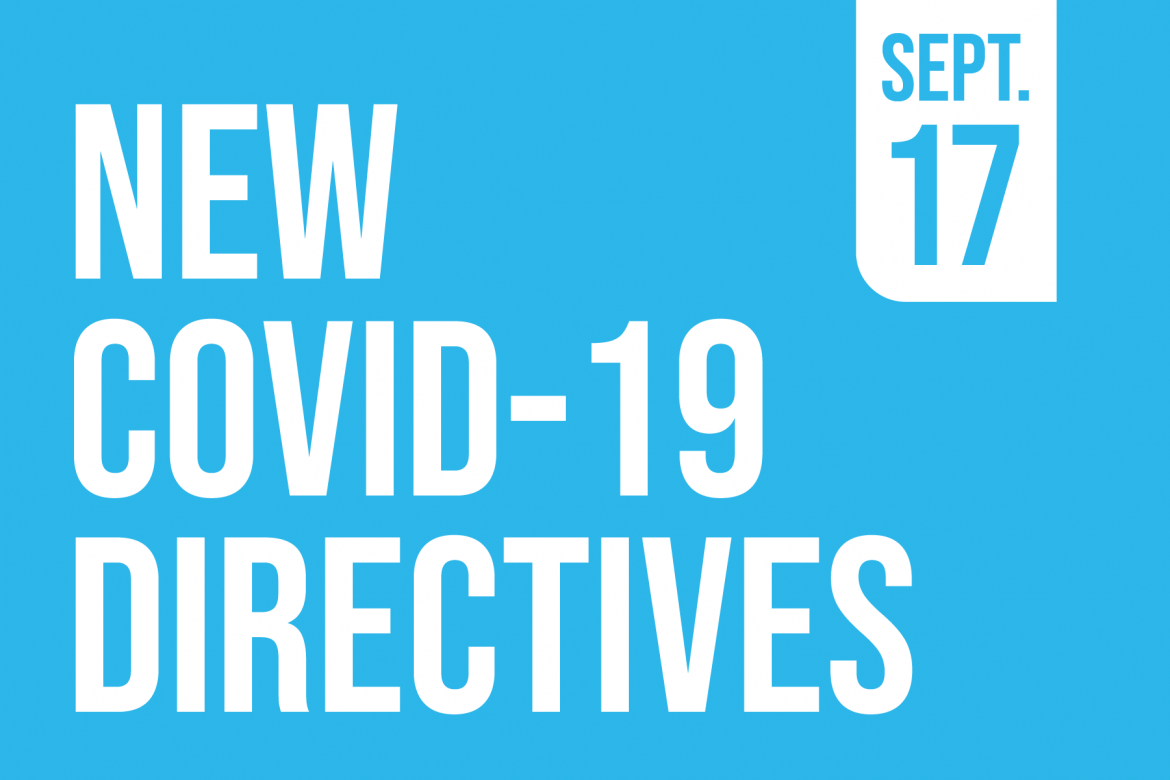 Assistant Vice President for Student Life Zach Neal announced in a campuswide email Thursday that all non-instructional large group activities will be suspended starting Friday, Sept. 18, due to an increase in positive COVID-19 cases and close contact quarantines. Neal said the suspension will continue for a minimum of two weeks.

“We truly appreciate the diligence many of you have demonstrated in wearing face coverings and keeping proper distancing of 6 feet,” Neal said in his email. “However, we are in a position where we need to respond quickly to a recent increase in positive COVID-19 cases which has resulted in far too many close contact quarantines.”

These new directives prohibit any gathering of over 10 people, on or off campus, except for specially-approved events that follow state and University guidelines and in-person classes, labs or other instructional activities.

The University has a total of 115 spaces prepared for quarantining, including 50 Heritage Inn rooms, 13 Village Apartments and 52 dorm rooms. Additionally, there are 49 spaces prepared for isolation in Kendall Hall. As of noon Thursday, there were 19 active cases, 14 of which were isolating on campus. Also as of noon, 80 undergraduate students were quarantining on campus, leaving 35 remaining spaces for on-campus quarantining.

Included in this suspension is all social club receptions and activities, causing students to postpone club activities.

“I was very sad and disappointed that it had to happen, but I know they’re just doing it for the sake of the students so we’ll be able just to stay on campus longer,” senior Abigail McKinley, vice president of women’s social club Delta Gamma Rho (DGR), said.

McKinley said she and her fellow vice president will continue to prepare for their next mixer and Club Week.

“We still have that hope that we will be able to do the club process,” McKinley said.

Junior Yul Quinones began quarantining in the Heritage Inn on Wednesday after receiving a phone call from Student Life; however, he said he had taken preliminary action and self-quarantined prior to this. Quinones said he thinks the added restrictions were necessary in helping prevent the spread of the virus on campus.

“It really does stink that people who want to be a part of the club process won’t be able to participate right now, but I feel like with the nature of this virus and us not really fully understanding what’s going on, I feel like that was a smart move,” Quinones said.

In Neal’s email, he also announced that increased precautions will be implemented in the student center and the cafeteria, such as increased signage and enforced table occupancy limitations.

“Especially with the caf, that’s just kind of been one of the issues, and one that will continue to be an issue because you come into close contact with people no matter what you do,” Quinones said.

Neal said that students are expected to strictly adhere to distancing and mask directives and that violations will be considered misconduct that will be addressed according to the disciplinary procedures found in the University Student Handbooks.

Neal said these measures are intended to limit the spread of COVID-19, as well as reduce the number of close contacts in quarantine in hopes of continuing in-person classes through Nov. 20.