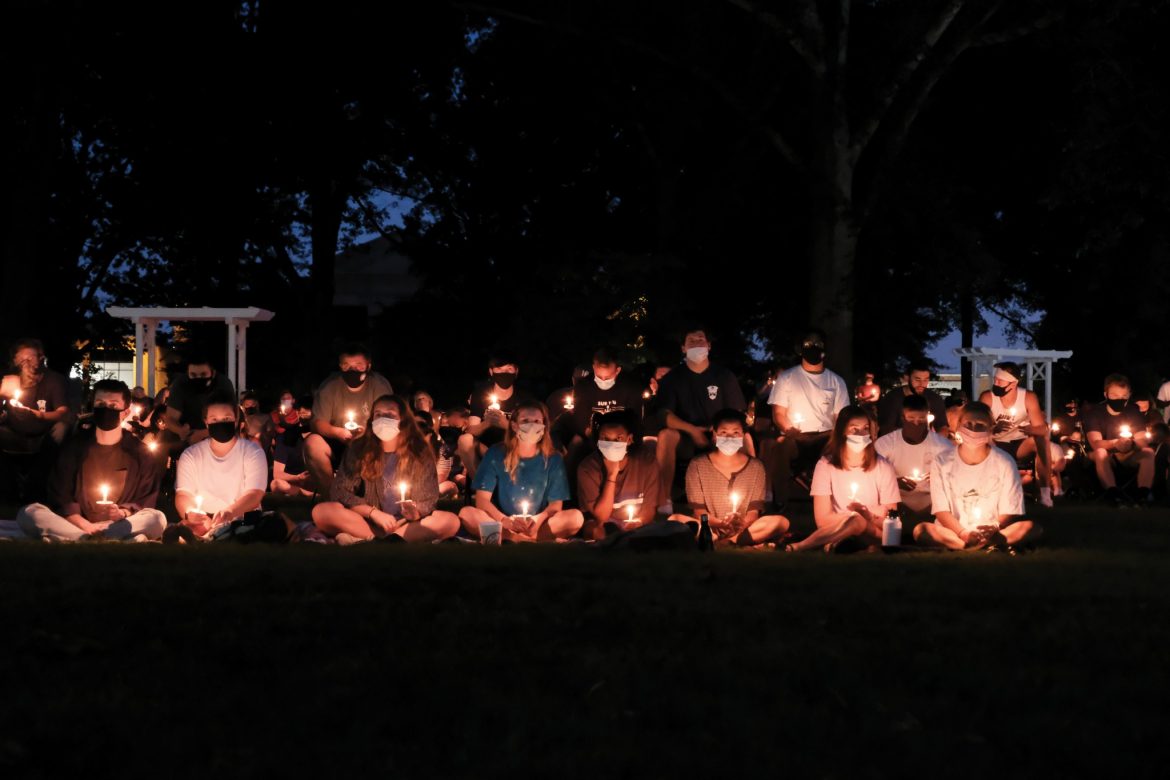 Harding students gathered on campus Sept. 6 to honor the life of alumnus Botham Jean, commemorating the second anniversary of his death.

The event, closed to those outside of the University due to COVID-19, was hosted by Jason Darden, an instructor of the College of Bible and Ministry. Some of Jean’s favorite melodies were sung, including “Our God Is Alive,” “Just A Little Talk With Jesus” and “Awesome.”

Todd Gentry, a college community outreach minister, read remarks from a letter written by sophomore Brandt Jean, Jean’s brother. In the letter, Brandt Jean said that Jean was able to see the positive in every situation. Tommy Schuler, a close friend of Jean from Sub T-16, also said that Jean walked after God’s spirit.

“It just changes your life when you’re around someone that puts that much effort into trying to model himself after things like the fruit of the spirit,” Schuler said. “[The fruits of the spirit] couldn’t describe him any better.”

The event included words from  SA President Morgan Proffitt, who spoke about other Harding students who have died in recent years; BSA President Raissa Ames, who encouraged the Harding community to take a stand against racial injustice; and Tiffany Byers, director of diversity services at the University. Additionally, Justified, a chorus group, sang “Dreaming of a City.” University President Bruce McLarty was the last speaker of the night, and he reflected on the moment he heard of Jean’s death, as well as his favorite Jean story. The night ended with a prayer from McLarty and a candle lighting.

Gentry, also a board member of the Botham Jean Foundation, said he devised the idea of the event, believing that people needed to remember Jean’s passing.

“In a time when our world is really struggling with race tension, I think that’s a great event for unity,” Gentry said. “Botham used to say that one thing that unites us is singing together, so I think that is pretty key.”

After sharing the idea with the event’s sponsors, Gentry said they worked together to help the vision come to fruition. Junior Stone Nix, a representative of Sub T-16, said the sponsors unanimously wanted the event to spread a message of solidarity to the world.

“We want to unite people and see past each other’s differences to see the things that are more important than what divides us,” Nix said.