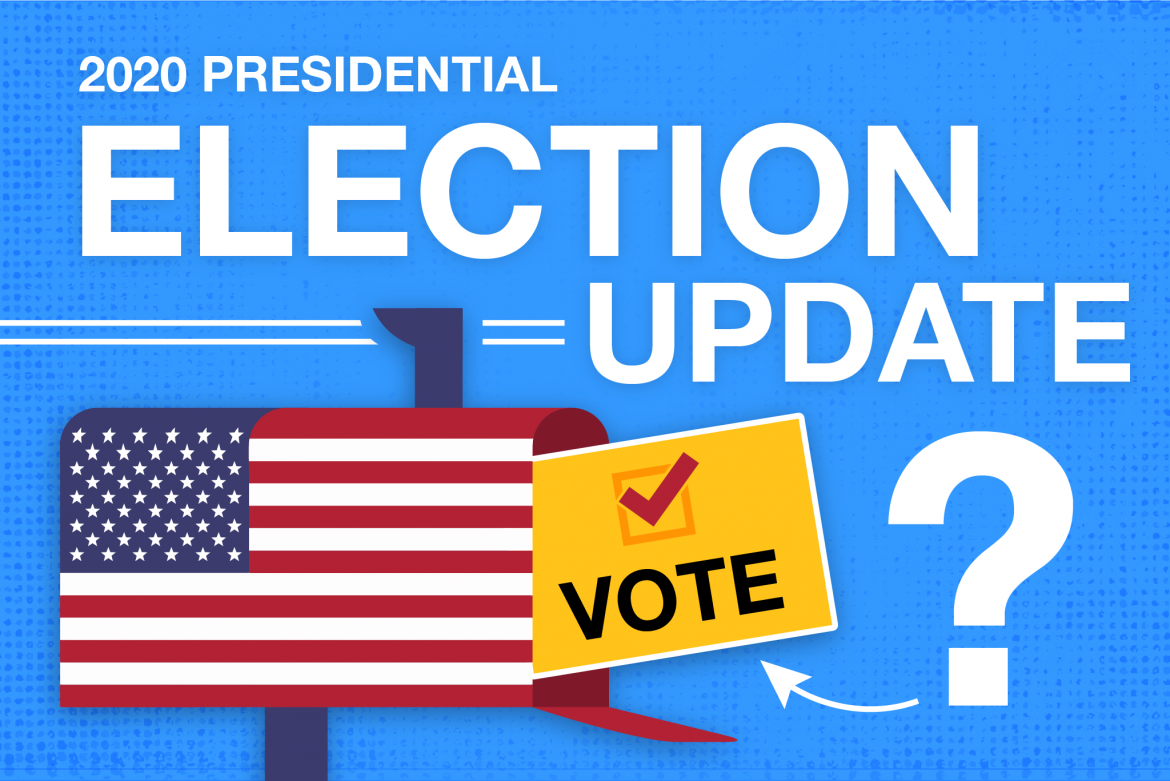 “It’s hard to have an election when you can’t get people together,” Lori Klein, assistant professor of political science and public admin, said.

Presidential campaigns and election procedures continue to adapt and modify in reaction to the coronavirus outbreak. As of April 16, 16 states postponed their primary election dates, and the Democratic National Convention postponed its date to Aug. 17. In addition to changes and discussion surrounding standard election procedures, the candidates, President Donald Trump and the presumed Democratic nominee Joe Biden, are learning to run their campaigns in unprecedented ways.

“These are both people who’d normally be out pressing the flesh, making a thousand different stops, going to fundraisers, doing their thing — and neither one of them can do it, and it’s killing them,” Klein said.

Klein said Trump is accustomed to having large rallies to gain support and feedback, but his campaigning strategies have been forced to change. Both candidates are relying on the media and digital platforms, which are approaches they have not necessarily used before, according to Klein.

“That is the current status: Things are like they’ve never been before,” Klein said. “COVID-19 is this election, and it’s not just that they can’t go out — it’s also that everybody’s looking at how Trump handles COVID-19, and he knows that.”

Junior history major Maddox Burgess said popular topics surrounding the 2020 election include healthcare, immigration and social and economic issues. However, he said he foresees that these topics will now be discussed in relation to COVID-19 and how the Trump administration continues to handle it.

“COVID-19 and the Trump administration’s response will undoubtedly be one of, if not the, biggest debate points in the 2020 election,” Burgess said.

In addition to the novelties of how campaigns are being managed, voting procedures are also being debated. Several states have adopted mail-in voting, while others are still debating the issue. Texas, for example, issued a temporary injunction on April 15 allowing voters who feared catching COVID-19 through in-person voting to qualify for mail-in voting, according to The Dallas Morning News.

“The biggest problem with mail-in ballots is that it takes forever,” Klein said. “You [have to] be able to plan ahead, so if they’re going to do that, they’re going to need to start planning now for November.”

Klein said she recommends voting by an absentee ballot if possible when election time arrives and that states prepare for an increase in this voting method.

“As for how voters should respond, I still think it is still extremely important to vote,” Burgess said.

Burgess encouraged people to stay informed leading up to the election by obtaining information from balanced news sources. Senior Jarrod Griffin, who has interned with various candidates and consultants in Washington, agreed that being informed is critical leading into any election.

“Listen to sources on all sides and get out of your bubble,” Griffin said. “Making a point to learn from perspectives you disagree with is hard but necessary to really stay informed on the issues.”

As the world continues to watch COVID-19 unfold, Klein encouraged students to pay attention to their state’s government.

Klein recommends that students use AllSides to have a balanced news diet and watch their state governor’s daily briefings to stay informed throughout the COVID-19 outbreak and leading up to the presidential elections.