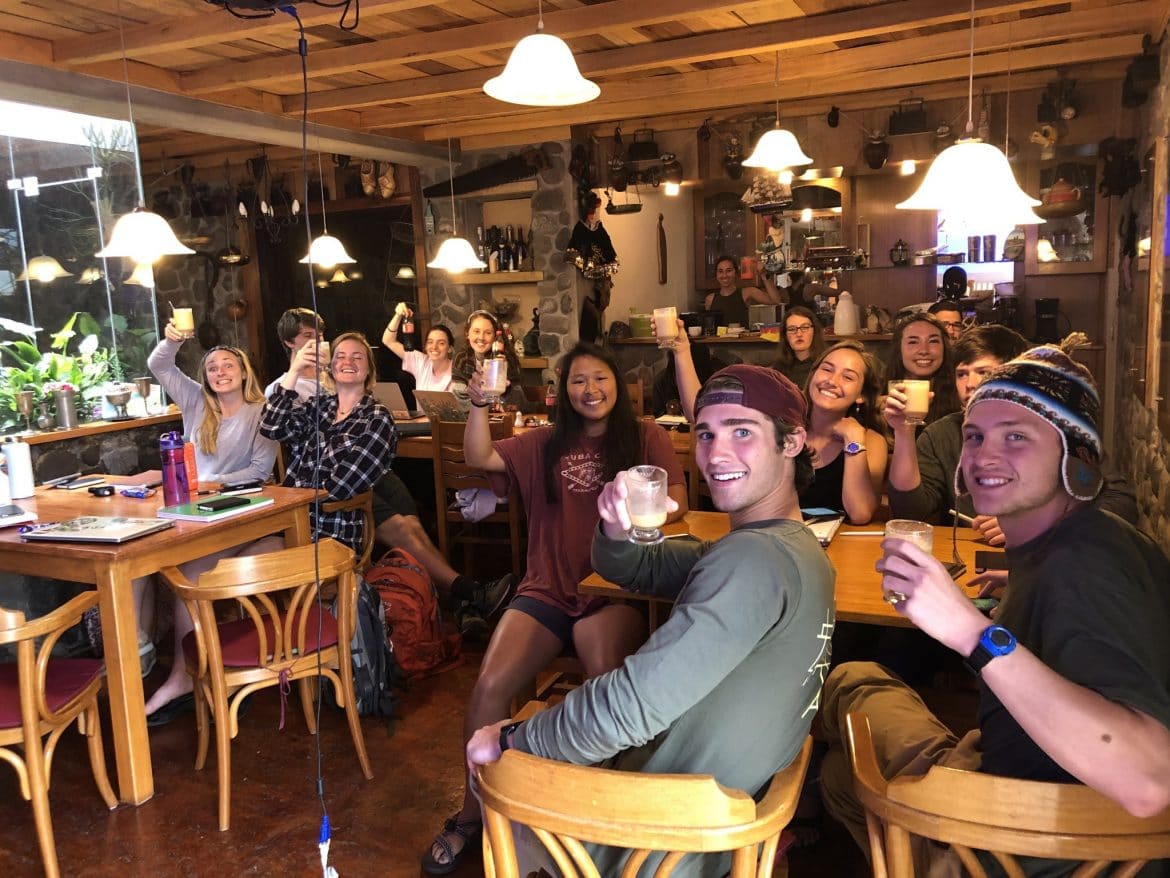 Students attending Harding University in Latin America (HULA) are spending an extra two weeks of isolation in Peru after travel bans implemented in South America increased in severity and forced them to remain in the country. The students were on the way back to the States March 16 after International Programs (IP) decided to bring them back.

According to IP Executive Director Audra Pleasant, Peru’s President Martin Vizcarra announced the plan to shut the borders effective midnight March 16. The HULA group was the last program to end their semester abroad early after Harding’s programs in Florence (HUF) and Greece (HUG) ended earlier this semester. Travel bans and poor weather conditions hindered the HULA group’s ability to return to the U.S.

“A fog delay in Arequipa, the city where the HULA program makes its home, delayed the students’ flight from Arequipa to Lima, making it impossible for the students to arrive in time for their flight to the U.S.,” Pleasant said.

Countries in South America are trying to slow the spread of COVID-19 by banning and regulating travel between countries.

“It became clear that everyone in the world would somehow be impacted by COVID-19,” HULA Director Jeremy Daggett said. “Countries in South America were hit a lot more slowly, but they reacted very quickly with isolating measures.”

Countries such as Brazil, Costa Rica, Chile and Mexico have closed their borders to surrounding and international countries and implemented strict curfews. The sudden global changes left some HULA students feeling surprised, like junior TaylorAnn Laman.

“I did not expect the coronavirus to have any impact on my study abroad,” Laman said. “I knew it was a problem when HUF got sent home, but I didn’t really get nervous for us until HUG went home.”

Daggett said the group waited six hours on the plane before eventually deplaning and heading back to El Castillo, Harding’s home in Arequipa.

“It was a rollercoaster of emotions to have your study abroad semester cut short, be ready to leave, and then all of a sudden be back where you started,” Daggett said. “But the students have adapted and responded so positively.”

Current HULA student sophomore Deanna Hutson agreed that the students have been in good spirits overall, despite the circumstances.

“Everyone has done a really good job being positive,” Hutson said. “Most of us were actually really excited to stay, even though we are all under quarantine.”

Hutson continued to say that they get the advantage of continuing their schooling in-person, which gives the group two more weeks to grow closer.

“I don’t think God was quite ready for us to leave Peru,” Hutson said. “I think there are still some things that need to happen first.”

The HULA students are expected to return to the United States by April 3 but are hoping to work with the U.S. Embassy to get a flight back to the States sooner.