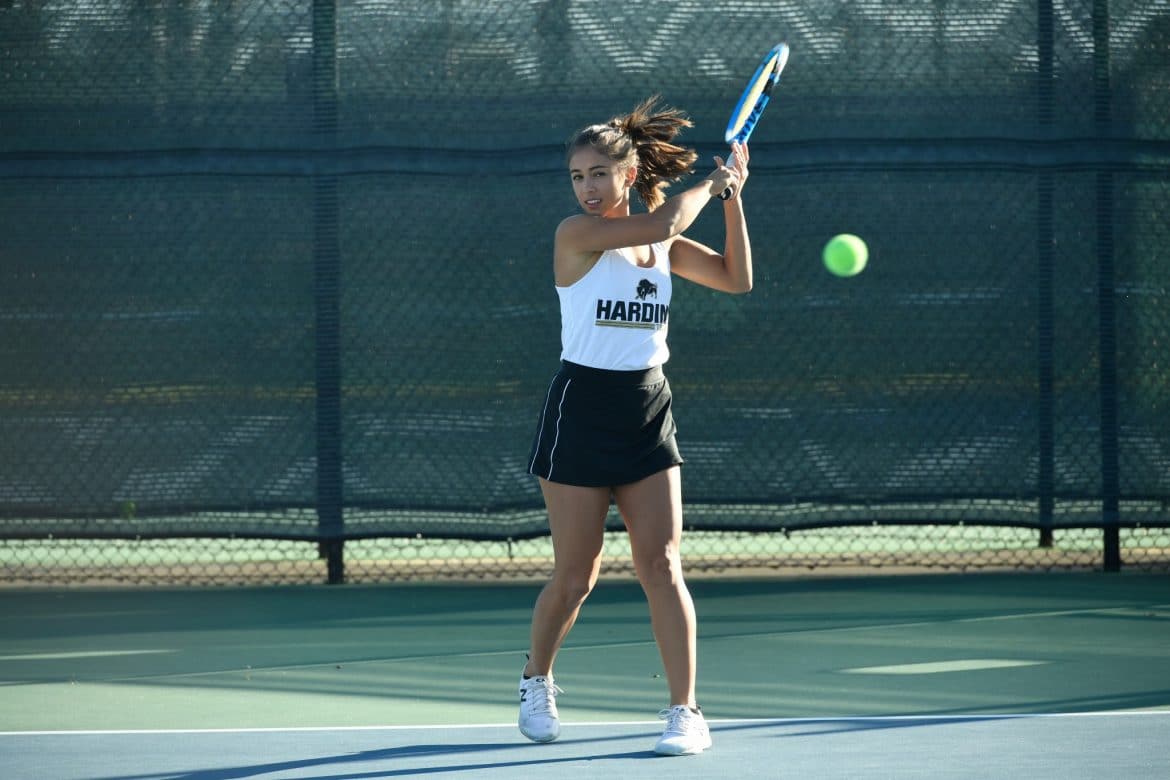 In Harding’s nonconference game against Arkansas Tech, the team found itself behind after losing all three doubles matches. Harding came back to win five out of the six singles matches and cliched the overall win in Russellville, 5 – 2.

Junior tennis player Allison Jenkins said it was a close match, though the score did not depict that. She said the last three matches went to three sets, and it was up in the air as to who would take them.

“We practice a lot, and we practice playing tough points in tough situations a lot,” Jenkins said. “And so we had that advantage over them.”

Freshman tennis player Rachel McCrae said the team did not have a great start to the season, but has begun to hit their stride as the season progresses.

“We’ve had mixed success so far, but the team plays well together,” McCrae said. “I think we are getting on well.”

Women’s tennis coach David Redding, said the team is starting to play tougher. He said the athletes are not only playing well, but playing smart.

“We are going through the best stretch right now of our play that we’ve had this season,” Redding said. “I was very happy with the way the girls responded after losing the doubles point to come back and play as strong as they did in singles against a very good team.”

“We are going through the best stretch right now of our play that we’ve had this season,” Redding said.

Harding is 10-5 so far in nonconference games. Harding’s first Great American Conference match will be against Ouachita Baptist University on Thursday, March 19, at Harding.

The team has their eyes set on winning the conference and making it to regionals this year. The top 32 teams in the country have the chance to progress to regionals. Jenkins said they were only one spot away from making it last year.

“It slipped out from under us last year,” Jenkins said. “And that stung a little bit, and so we’re working hard to get back in the game for that.”

Redding said he is overall pleased with how his team is playing and is confident they can win conference if they continue to play like they did against Arkansas Tech.

“Not just on the court, but the girls off the court are showing a lot of maturity, and we have good team chemistry, and I think that’s going to help us as the season goes on,” Redding said. “That plays a big part in that for sure.”

Killing two birds with one stone: Reading for business and pleasure