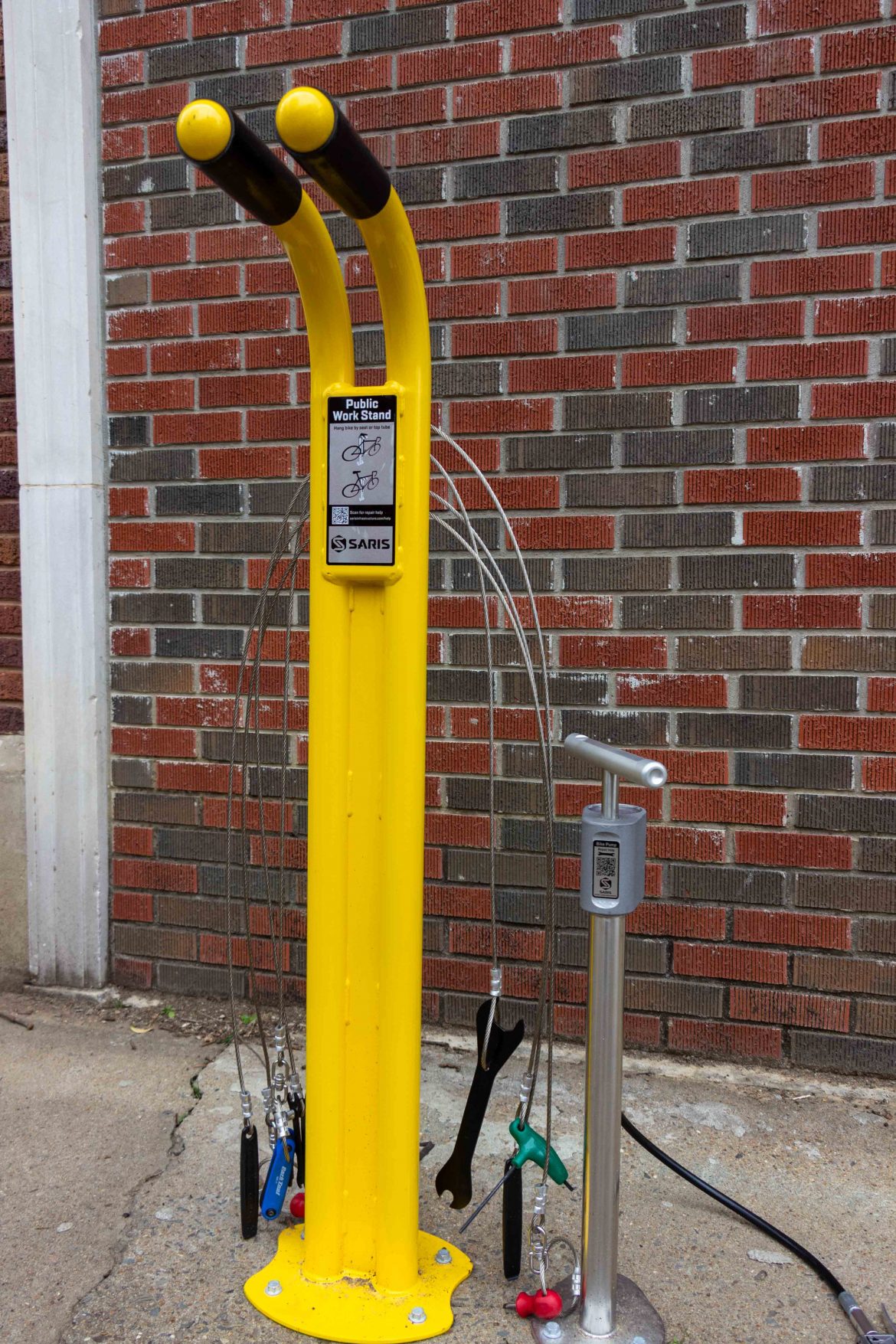 The Harding University Physical Resources Department recently finished installing a new bike repair station following a cross-administrative effort led by the Student Association (SA). The project was originally devised in February 2019 by alumna Hallie Hite (’19), former SA president, and was completed this year by the current administration under SA President Michael Krupka. Dr. James Huff, SA sponsor, said it was a notable and uncommon accomplishment that the two administrations collaborated on the bike repair station project.

“This is a great example of something that crossed [SA] administrations, started by Hallie Hite and implemented by Michael Krupka,” Huff said. “It’s not something we often get to see.”

“This is a great example of something that crossed [SA] administrations”

Despite being proposed a year ago, the administrative process slowed down the purchase and installation of the bike repair station project. Hite said she had not expected Krupka to continue the project after being elected, though he was familiar with the plan from serving as treasurer during Hite’s presidency. The SA has a policy stating there’s no obligation for the new administration to continue former projects, Hite said, and she was unaware the project continued after she graduated.

“I thought Michael would just maybe let it go because it had been kind of a difficult journey, and he just tagged me on Facebook one day, and there was a picture of it — actually finally completed and installed,” Hite said. “And that is just the best feeling. I mean, that was the best feeling being SA president. Having projects was fun, but having them completed was just the most fulfilling part of my whole job.”

Abbey Masters, sophomore SA representative and chair of the student technology and resources (STAR) committee, supervised the project. Masters and the STAR committee researched and selected the most useful tools for the repair station, including wrenches, for maintaining the bike chains and wheel spokes and a manual air pump.

“I think it’ll be a great addition to campus,” Plunket said. “Just because bikes are pretty prevalent here at Harding, and being able to fix your bike without having to buy any parts or tools for it can make you more inclined to use your bike more often.”