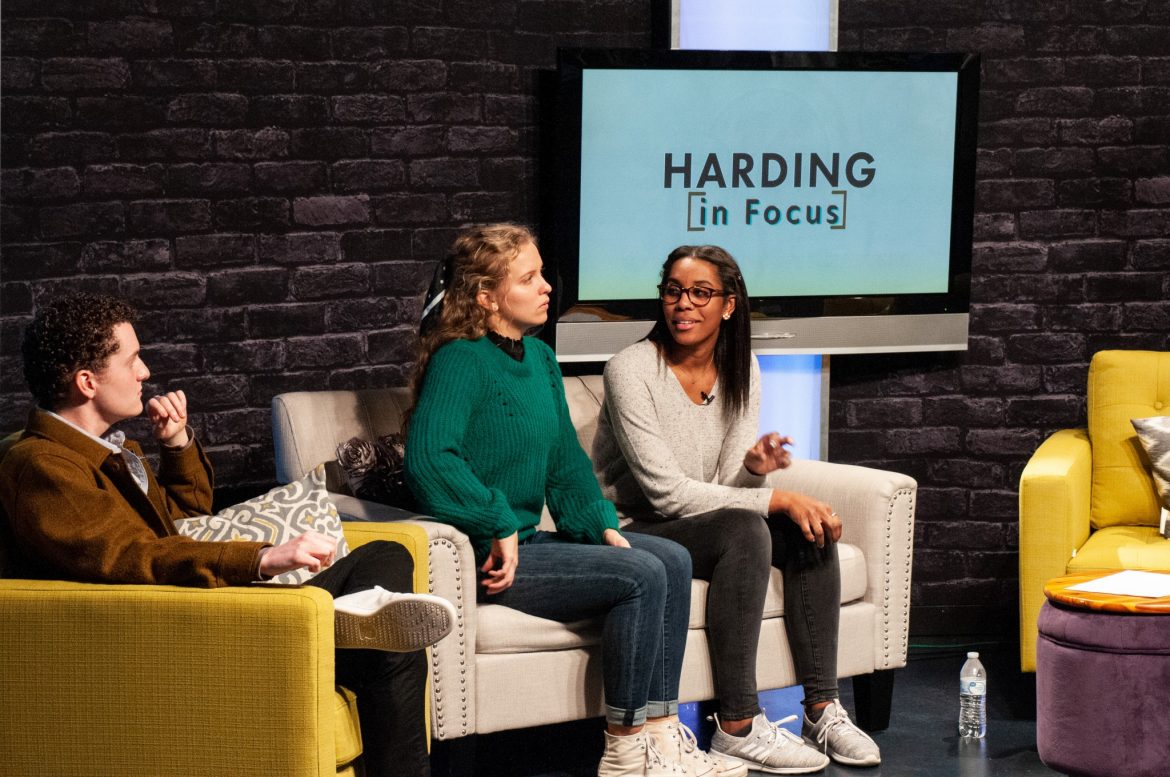 Harding hosted 29 presidential receptions throughout the country to watch Harding in Focus broadcast live from Searcy, Dallas and Nashville on Feb. 24. The event was produced by students through HU16. Individuals tuned in from around the world, including the U.S., Netherlands, Portugal, Qatar, Greece, Austria, Peru, Bahamas and Israel.

At least 776 specific locations were reported as tuning into the event, with some receptions hosting more than 50 people. It is near impossible to know the total number of people who witnessed Harding in Focus, but the number is higher than any other traditional Harding presidential reception.

The event’s purpose was to give people around the country and world a live glimpse of what life at Harding is like. Musical performances, scholarship giveaways and discussions about international programs were just a few of the segments that aired.

“The goal is to get as many gathered who believe in the mission of Christian education at Harding and find ways to get more people to come and experience it,” Vice President for Alumni and Parent Relations Liz Howell said. “We believe this is a great new tool to start looking and thinking outside the box.”

The idea was originally pitched in October by board of trustees member Lundy Neely. A team of people from Searcy and across the country helped bring the idea to fruition. Junior Morgan Richardson, head producer for HU16, said she came up with the concept of having a talk-show style program and later pitched the idea to the rest of the team.

“The students and professors that put any amount of work into it were super proud,” Richardson said. “It showed me how much I love producing and being creative. After this project, I feel like I can do anything.”

Juniors Abigail Rezentes, Jillian Jarvis and Jackson Duncan, and senior Grant Clemens served as field reporters and assistant producers for the event at select locations in Dallas and Nashville. The students met with prospective students at the watch parties, shared about their Harding experiences and helped answer any questions they had, while broadcasting it to the public.

Duncan said the production had a lot of moving pieces and was highly ambitious, as it had never been done before, especially with student leadership and production.

“[I think] this could be one of the best media productions Harding has ever done, and so to have my name among those working on this show is an honor,” Duncan said.

Howell said taking the receptions in a new direction required a lot of planning and thought. She was especially impressed by the work done by the students who helped make it all come together.

“I was in the middle of the behind the scenes and couldn’t stop smiling and beaming with pride,” Howell said. “I give them the highest rating for pulling off a difficult task.”

According to Howell, Harding regularly hosts presidential receptions in various cities throughout the country, where a group of students, faculty members and President Bruce McClarty go to spend an evening with prospective students in the geographic area. Harding in Focus was the first reception in which participants hundreds of miles away could virtually attend the same event simultaneously.