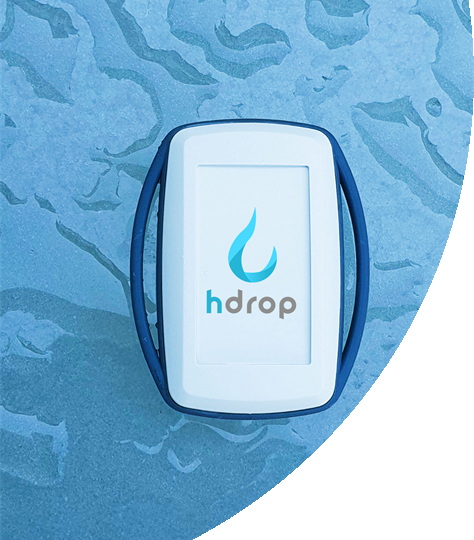 Senior Patrick Cash, a member of the team, said hDrop received a provisional patent in August 2019, and now the team is working toward receiving a full patent by July 2020. A provisional patent only lasts one year, while a full patent will give the team full rights to the product for a lifetime. Cash described a situation where the patent could be used: It would enable the team to meet with Apple, present the product and then sell the product to them because it has their full patent. However, if hDrop did not have the full patent, Apple would be allowed to sell the same exact device without having to give credit or money to hDrop.

“The patent will protect our invention,” Cash said. “It gives us exclusive rights to this specific technology,”.

The hDrop device is a wearable contact electrolyte sensor that was developed by a senior engineering design team led by Adria Abella. To create this device, business and engineering students came together as a team to take on the Governer’s Cup competition, where they had the chance to win $25,000. Since being named finalists in the Governor’s Cup competition, hDrop was accepted into the Delta I-Fund business accelerator, received VentureWell’s E-Team Grant Stage 1 and obtained $50,000 through an innovation partnership with Iberia Bank to fund continued product development.

Senior Christian Mendez said he knows the importance of keeping the business financially stable so that they can continue to build their product and make it more successful.

Mendez explained that with the new partnership with Iberia Bank, the hDrop team was able to hire a recent Harding graduate, Michael Cruz, to help create an interface for it in hopes of making it more watch-like.

Business team sponsor Dr. Kenneth Olree said he was happy to sponsor the team and support them as they create innovative technology.

“This is an exciting technology,” Olree said. “Tremendous advantage will go to athletes competing at their optimal hydration levels.”

Minority students at Harding are often reminded of their differences