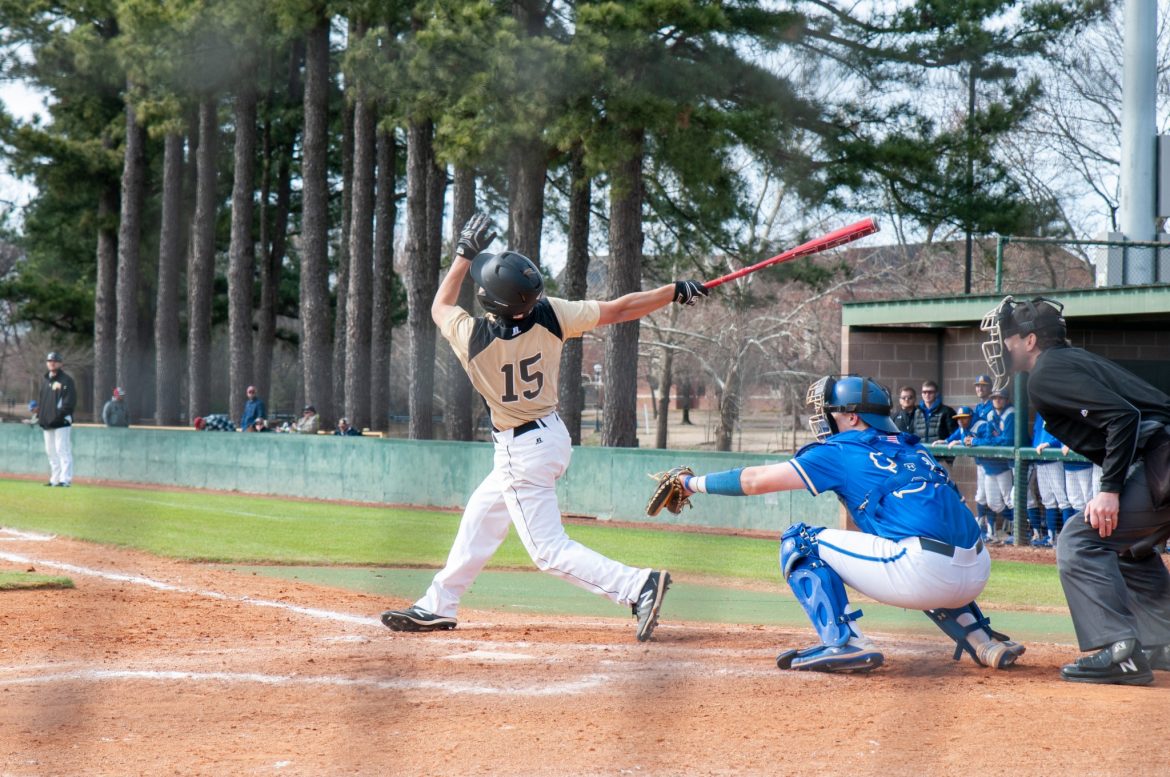 Harding’s baseball season is now in full swing, and the Bisons have a few wins under their belts. Head coach Patrick McGaha said the team is expected to improve even more over the course of this season.

“Hopefully we can play well all season,” McGaha said. “But we got to stay focused.”
The team’s current overall standing is 10-5, but they still have more than 30 games to prepare for before the conference tournament in May.

The Bisons defeated the University of Arkansas-Monticello (UAM) in their first conference game Feb. 16 with a score of 5-0. UAM was ranked No. 24 at the time, making it a big win.

“It was a good overall team effort, which we really needed to finish the weekend off,” freshman utility player Coulton Doyle said about the series.

The Bisons faced off with Christian Brothers University last week on Feb. 18, coming out with a season high of 16 hits, which ended in a 12-3 victory. Four Bison pitchers struck out a total of 12 opposing players without allowing a walk, and junior Brendan Perrett, redshirt sophomore Cody Smith and junior Caleb Stull each had three RBIs during the game.

The next day, Feb. 22, Harding took another win against SAU, pulling ahead 3-2 in the 11th inning.

“It gets tiring, but it’s all fun — I mean those are my brothers out there,” junior pitcher Jackson Saylor said about the 11-inning matchup. “It’s for the love of the game.”

“They started off really strong, but we were able to come back and score a couple runs late,” Saylor said. “Our pitching was really good that game, and that helped us pull ahead.”

McGaha said being able to control their emotions through the highs and lows of the season helps the players look ahead at the big picture: the conference tournament.

“Our work ethic, what we expect on and off the field, and how we want to represent the University is very important,” McGaha said. “It’s a marathon, not a sprint. You have to be able to stay focused and understand that we are trying to get better every day.”

The Bisons have a conference match up this weekend against the East Central University Tigers in Ada, Oklahoma.