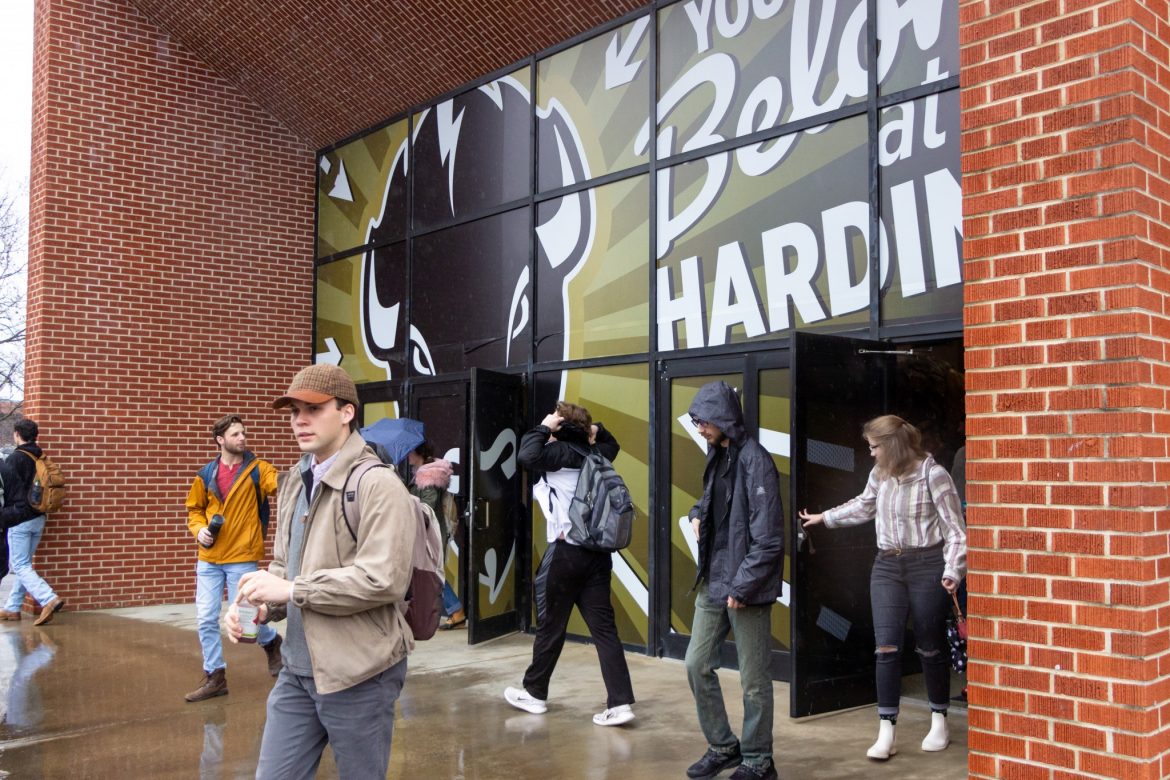 In both the announcement and email, McLarty said part of the reason this change will take place is because of the smaller freshman classes over the last three years. This came days after a different campuswide email from the office of the president stated that all key enrollment indicators were up for fall 2020. The perceived contradiction left some students feeling confused.

McLarty said he understands the confusion, because there is a difference in looking at the size of an incoming freshman class and the size of the total student body.

“When you have one year of low enrollment in a freshman class, that class being down that much is going to go through the next four years,” McLarty said. “And so even if this year the freshman class is at an all time record, total enrollment will be down because of your previous three years.”

Sophomore Lydia Boverie said she did not think all students viewed the announcement with a positive outlook.

“I just have seen that a lot of people don’t really like the change, especially people who have never had to have 9:00 chapel are really struggling with it,” Boverie said.

Junior Haylie Douglas, who is currently studying at Harding University in Greece, said hearing about changes being made back in the States was an interesting experience.

“I think of all the changes that are happening or are potentially happening, this will be just another one to add to the list,” Douglas said. “It will definitely be shocking at first to go from a chapel of 30 students to a chapel of the entire student body.”

The official announcement came right on the heels of other planned changes for the fall, including the re-evaluation of dorm classifications and closing of Kendall Hall. McLarty said the announcements falling back-to-back was a necessity.

Harding transitioned to two chapels in both semesters for the first time in 2013. Beginning in 2005, the school had two chapels only in the fall semester. According to McLarty, with the decision announced Feb. 19, administrators wanted to keep it consistent between semesters, whatever they chose to do.

Both McLarty and Director of Public Safety Craig Russell said the parking lot is one of the effects of a single chapel service students will be least prepared for.

“I will say probably the biggest challenge from the student perspective will be parking,” Russell said. “It will require probably a lot of students, especially who are commuting onto campus, to come earlier, because you’re probably going to have to park further away and walk a little further.”

Russell also reassured any students who may be wondering about security changes to having a full Benson Auditorium every day for chapel.

“Security during chapel has and will continue to be a very high priority for us,” Russell said. “Our officers actually train in the Benson Auditorium pretty frequently … It’s something that we’re familiar with. We’ve done this before. We feel very confident in our ability to be able to provide a safe environment there in chapel.”

Like Russell pointed out, McLarty said this is not new to Harding as a school, although it feels like a big change to the current student body. He encouraged next year’s returning students to embrace the change.

“As is true with most things in life, things that can be a challenge or could be a problem also hold within them an opportunity,” McLarty said. “And I think that’s the question for this. It’s going to require some adjustment, but where are the opportunities in this change?”