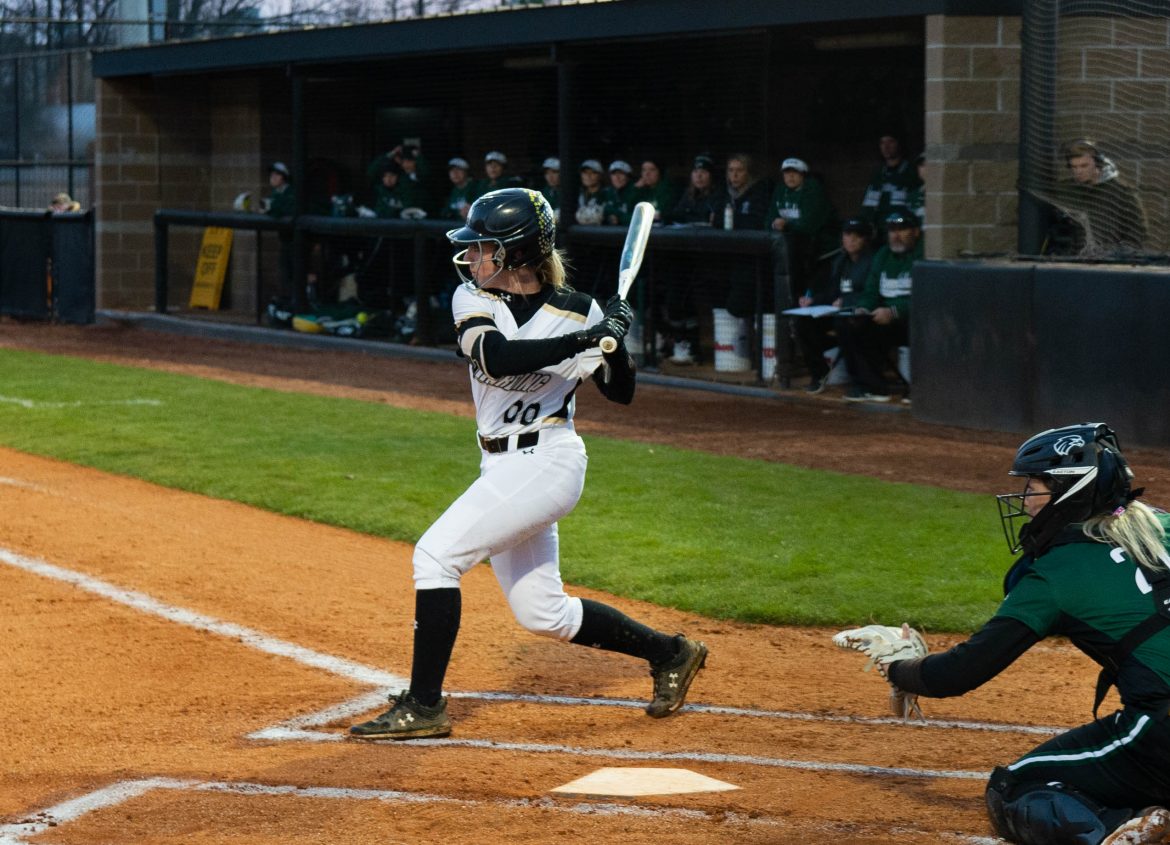 The Harding softball team began its 2020 season in Houston, Texas, Jan. 31. They lost their first two games against Tarleton State University and Texas A&M University-Commerce, but the team has since won 5 games.

Senior catcher and infielder Briley Feringa said she is looking forward to the 2020 season and thinks keeping the team focused on moving forward is a big part of working together.

“We basically said, ‘First games, get them out of the way,’” Feringa said. “Now we focus on the next games.”

On Feb. 1, the softball team went on to beat Texas A&M International University and Cameron University.

Since 2020 is the seventh year since softball began at Harding, the team came up with the slogan “HUSBteam7UP.” Head Coach Phil Berry played off this slogan to create a mantra of “three ups”: show up, look up, build up.

“Show up” means the players have to be on the field to play. “Look up” is representative of looking up to God in thanks. Feringa said “build up” is what they tend to focus on the most.

“We took Friday and said, ‘You know what, we’re gonna build up from here; we can only go up from here,’” Feringa said. “Then we came out Saturday and got two wins.”

Junior pitcher Emma Dwyer said she is excited to play this season and has faith that the team is solid.

“We had a little bit of first tournament jitters, but I think that’s been worked out mostly,” Dwyer said.

Dwyer also said the team has a very close bond.

“We’ve built really great relationships, and being part of a team helps teach you to work with people you may not know right away,” Dwyer said. “You don’t get to pick your teammates, but you end up loving them anyway.”

As it is Feringa’s fourth and final year on the softball team, she said she is very aware of the bittersweet aspect of the season and hopes to finish strong.

“I just want to end on a good note,” Feringa said. “I wanna go out on a high note and win.”

Senior infielder and outfielder Mary Mills transferred from University of Central Arkansas to Harding her junior year to be back in her hometown of Searcy.

“For me, getting to be in the Harding jersey makes me feel at home,” Mills said. “I was made to play with these people.”

“At 10 years old, you don’t think that you’re ever gonna not play,” Mills said.

But now, with the end of her Harding career in sight, she said she simply wants to enjoy the time she has with her friends, her team and the sport she loves.

“I’m so blessed to get to end my season with these girls,” Mills said.