Home Sports Lady Bisons tied for first in the GAC 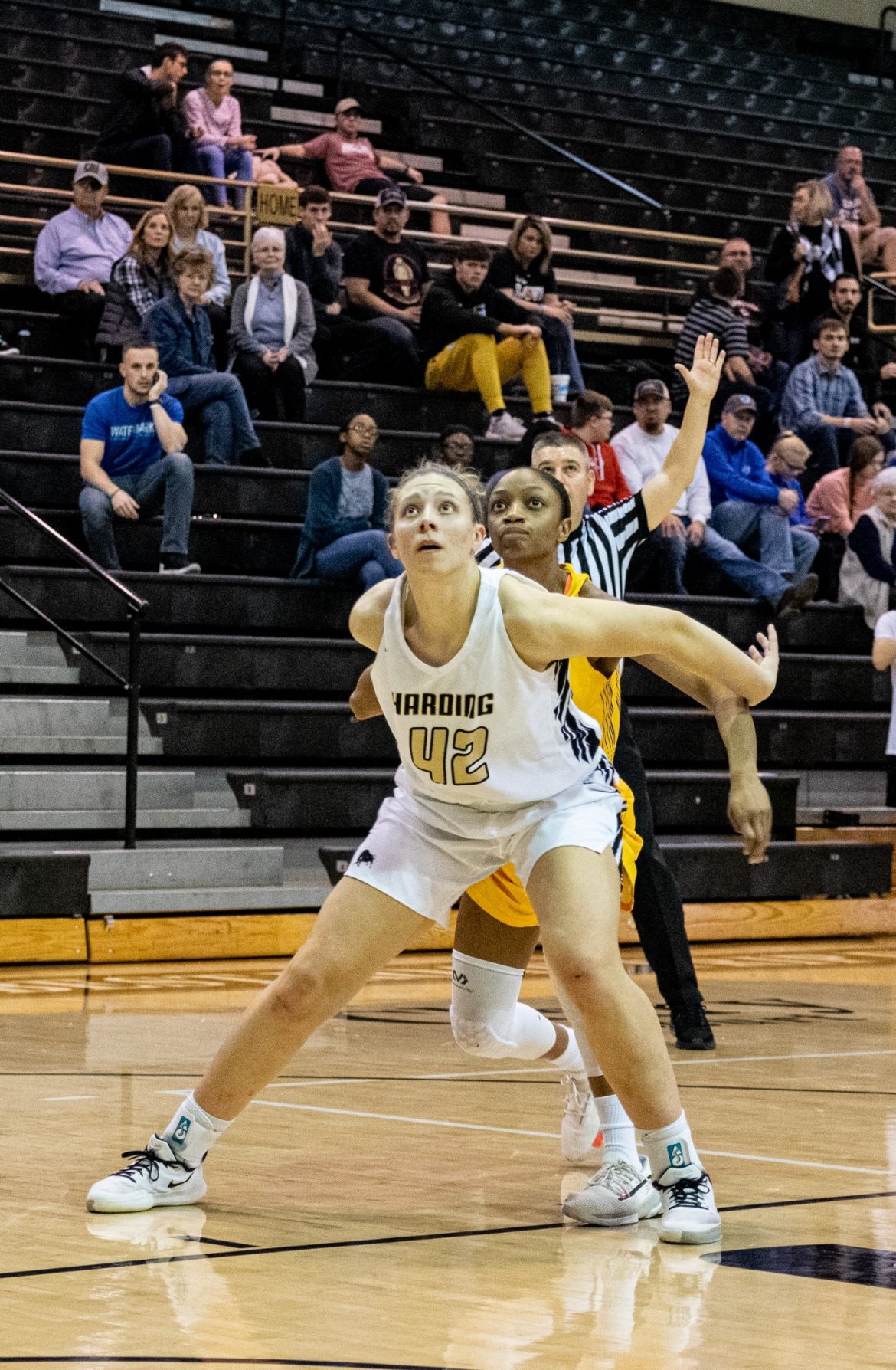 The Lady Bisons basketball team has shown improvement through this hard fought season and is in a two-way tie for first place in the Great American Conference (GAC). After several tough losses, they have managed an eight game winning streak.

The season started strong when the Lady Bisons went 3-0 against non-conference ranked teams. They lost their first two conference games but came back 2-2 before Christmas break. Just before the spring semester began, two starter players on the team tore their ACLs and are now out for the season. Sophomore guard Kylee Coulter said she wasn’t sure what the team was going to face, but that the change has actually positively affected the team’s strategy on the court.

As a fifth season assistant coach of the women’s basketball team at Harding, Jameson said he believes it is the best that the program has ever been. He said some years it is hard to tell how well the other teams in the conference will play, but this year the Lady Bisons have to be ready to battle every night.

Senior guard Peyton Padgett said it was only a few weeks ago that there was a definite line between the first ranked team in the conference and everybody else, but now it’s a close call among other teams including Harding. In the history of the GAC, she said, rankings have never been so tight.

“I would definitely say that as the season goes on and the conference tournament approaches, you’ll see that extra push from other teams,” Padgett said. “It’s our big push now.”

The team is currently up 14-7 with games against both non-conference and conference teams.

Their next game will be tomorrow Feb. 15 at Henderson State in Arkadelphia, AR, at 1 p.m., and their next home game will be Thursday, Feb. 20 at 5:30 p.m. against Southern Nazarene University.