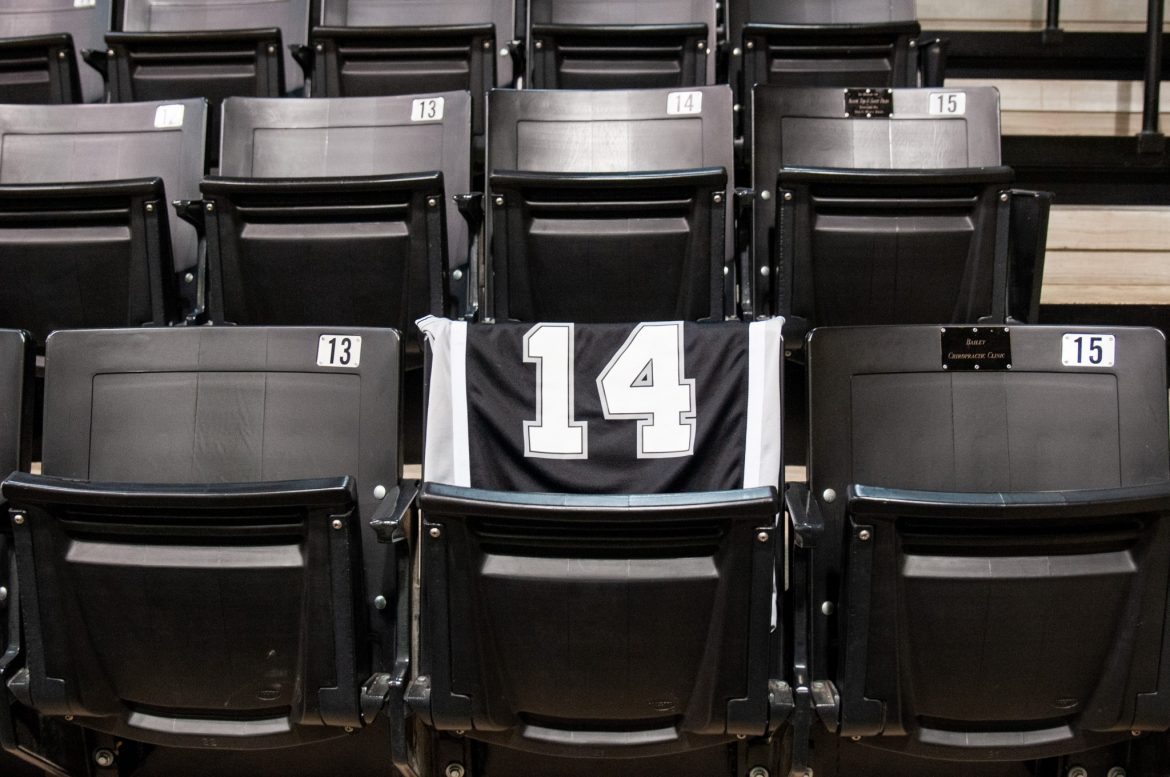 Uebelein was a huge fan of basketball, especially the Harding men’s basketball team, before she died on March 16, 2019, due to a car accident on March 8.

Jada Robison, a close friend of Uebelein’s, said Mary Joy’s abundant love for sports, particularly the St. Louis Cardinals and the San Antonio Spurs, wouldn’t make sense to many people — but it made sense to Uebelein.

“She was always one of the boys,” Robison said. “Pretty much all her guy friends were on the basketball team, and she was at every game.”

Club member and fellow St. Louis resident Emma Vaughn was the driving force behind this dedication. Vaughn said if this dedication didn’t happen now then it wouldn’t have happened at all, since Uebelein would have been an older member and new club members wouldn’t know her. She wanted to do something to honor Uebelein before graduating this spring.

“I’m very excited,” Vaughn said. “It’s something we wanted to cement her legacy here on campus.”

The dedication will be presented Feb. 20 at halftime during the men’s basketball game. Members of the Uebelein family will come out to the court, and the seat will be marked with flowers. Vaughn made sure that the seat would be visible and hold a lot of meaning.

“I wanted it to be a good seat that you could see very well,” Vaughn said. “I made sure it was behind the boys’ bench, because that was a good spot where she could see the boys and the whole game. The number 14 was her jersey number for DGR, so we picked number 14 for it.”

Although this dedication can never fully represent the kind of person Uebelein was, President of DGR Laken Reddell said she hopes this dedication helps people to remember her as she was.

“I hope this dedication really shows and makes an impact on the community of Harding,” Reddell said. “Just to remember Mary Joy for who she was.”

Club members encouraged everyone to attend the basketball game on Feb. 20 to show support for the team and the family.

“I really want people to just show up to the game even if you didn’t know her,” Vaughn said. “One, that’s supporting the basketball team, and two, that’s just supporting her family in a way that isn’t super intimate but something they will really appreciate.”