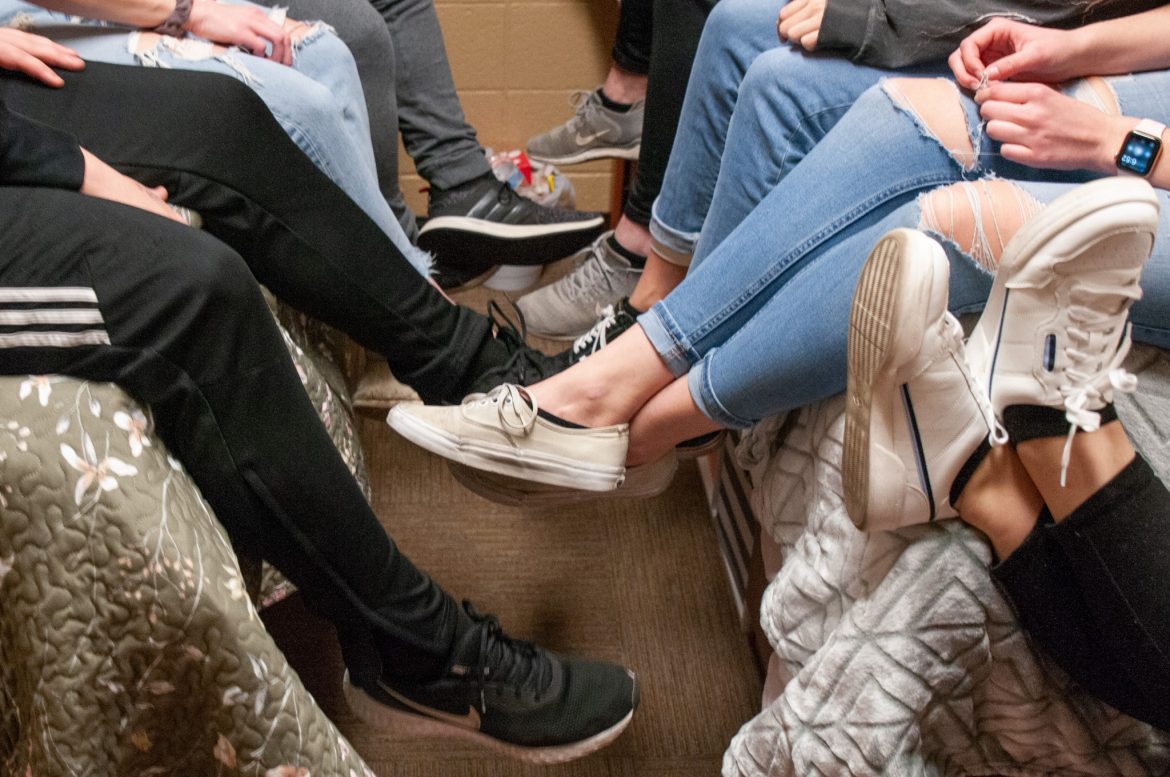 Searcy Hall held an open dorm Sunday, Feb. 1, allowing residents to host Super Bowl parties with their friends. The kickoff was broadcast in the dorm lobby at 5:30 p.m. so students could watch the beginning of the game before the 6 p.m. scheduled open dorm. Kara Chalenburg, the residence life coordinator (RLC) of Searcy Hall, said she chose the date to give students a place to celebrate the game. Chalenburg said attendance was high, with 40 male students visiting Searcy Hall.

Zach Neal, assistant vice president and dean of students, said the deans provide apartment-style dorms like Searcy Hall with additional open dorms every month. The RLCs are just required to inform the deans of student life of the extra dates in advance. Neal said the deans adjust the open dorm schedule and policies yearly at the request of the Student Association (SA).

“It’s ultimately predetermined at the beginning of a semester, and I’ll meet with the SA president, who has had conversations with either a committee or gotten feedback from the student body,” Neal said. “And a lot of times it’s driven by the previous semester’s experience.”

SA President Michael Krupka scheduled the open dorm dates with the deans of student life before the beginning of the semester. However, with apartment-style dorms having open dorms more frequently, misinformation between residence halls can be spread accidentally. Recently, an SA Instagram story created confusion by stating that the Super Bowl open dorm in Searcy Hall was campus wide.

One of the SA’s duties is to notify students about open dorms, but the misstep caused SA members to reevaluate their social media access. Krupka, SA Vice President Laura Waldron and junior chair of the SA public relations (PR) committee Luisuany Gomez decided to change the Instagram password, limiting the account access.

Gomez, who is also a Searcy Hall resident assistant (RA), removed the story shortly after being notified by fellow RAs of the misinformation. Gomez said the SA was still unsure about who posted the story and was looking into it, as of Friday, Feb. 7.

“What we realized whenever this happened is that the password has not been changed in quite some time,” Krupka said. “Maybe somebody who was on the PR committee a year or two ago thought it would be funny to make a post.”

Chalenburg was also notified by the RAs and reached out to inform other RLCs of the mistake. She said the mistake was not a big deal.

“It was minor,” Chalenburg said. “It was just a little blip. And honestly, if that’s the biggest confusion or misconception we have this semester, then we’re doing good.”

The deans and Krupka scheduled campus-wide open dorms for Feb. 7, March 20 and April 3. Open dorm is from 6-10 p.m., which extends an hour later than it did during the 2018-19 academic year. The RLC chose the dates for the additional open dorm in Cone Hall, Shores Hall, Pryor Hall and Searcy Hall, advertising only to their residents. Legacy Apartments and Harding Village, privileged housing, host an open dorm every Friday except for the Fridays before and during Spring Sing, Dead Week and Finals.