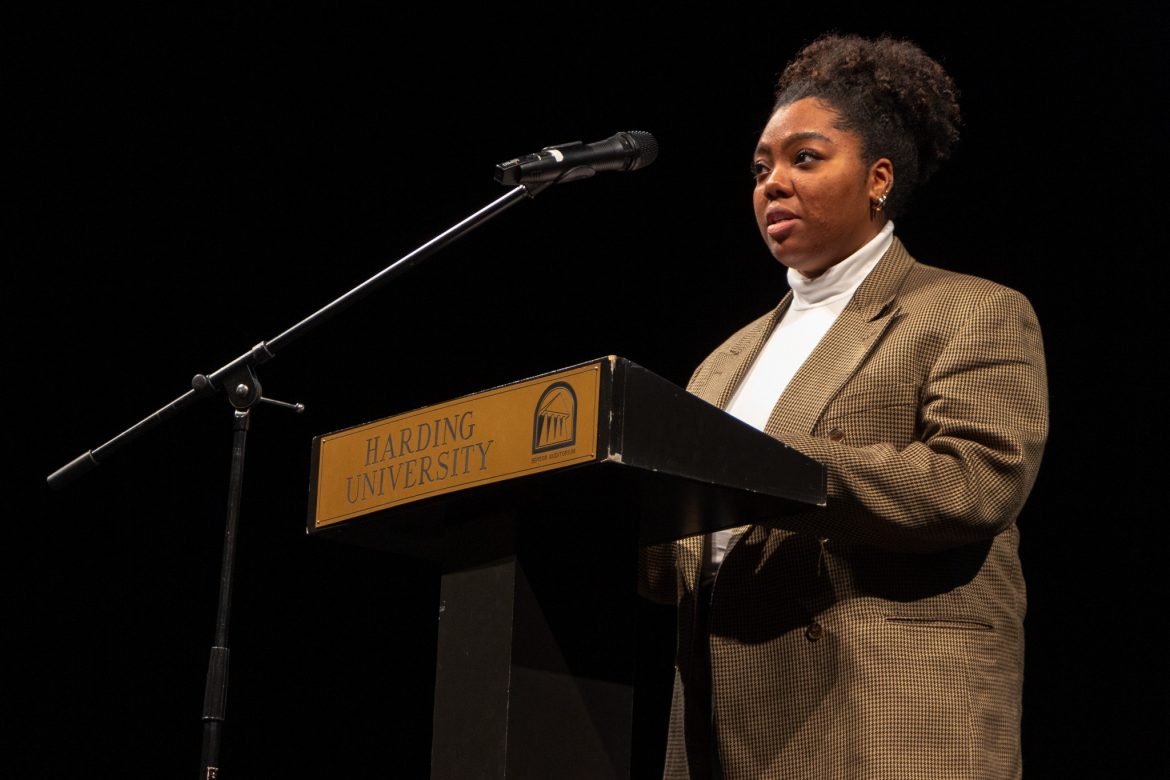 This is article is a part of the Dialogue on Diversity series.

The Black Student Association (BSA) shed light on the topic of microaggression and the effects it can have on those who experience it in chapel Feb. 7. The BSA is a group of people who come together to share experiences and commonalities, and they also aim to spread awareness and educate people on areas that may be lacking attention.

“Black History Month is a good time for people of African American origin to spend time celebrating our heritage and celebrating achievements that people like us have made despite obstacles,” public relations officer of BSA Namon Pope said. “But it’s also a good time to point out struggles that we go through and kind of brainstorm and figure out ways that we can improve those situations.”

The BSA defined microaggression as a sometimes indirect, unintentional or subtle comment that discriminates against a marginalized group. BSA President Raissa Ames said some examples of this are when people say, “When I look at you, I don’t see color,” or “You speak good English” or “I’m not trying to be racist.”

“I think the biggest thing we want people to understand is that just because you don’t intend to say something to hurt someone,  it doesn’t mean that it doesn’t affect them,” junior Jamica Gaither said.

In chapel, the BSA challenged the student body to go beyond merely saying or doing what they think is right, but also to check the motivations behind what is said or done and let transformation begin from the inside.

“The best way to heighten your awareness about any issue — but especially this one — is to just know people,” Pope said.

Pope said anyone who wants to grow in this topic should take the time to listen to people who have firsthand experiences and humbly say, “I want to learn from you.”

“I think the biggest goal overall is just to get everyone to be together more,” Gaither said.

Ames said the BSA invites anyone to attend their meetings and wants to answer any questions people may have to help them learn and grow as much as possible.

“Our biggest goal from this chapel is just to spread awareness, create conversation and empower those who have never felt heard,” Ames said. “We are not saying we have all of the answers — which we shouldn’t have to — but if we accomplish anything, it is making Harding’s campus more informed.”