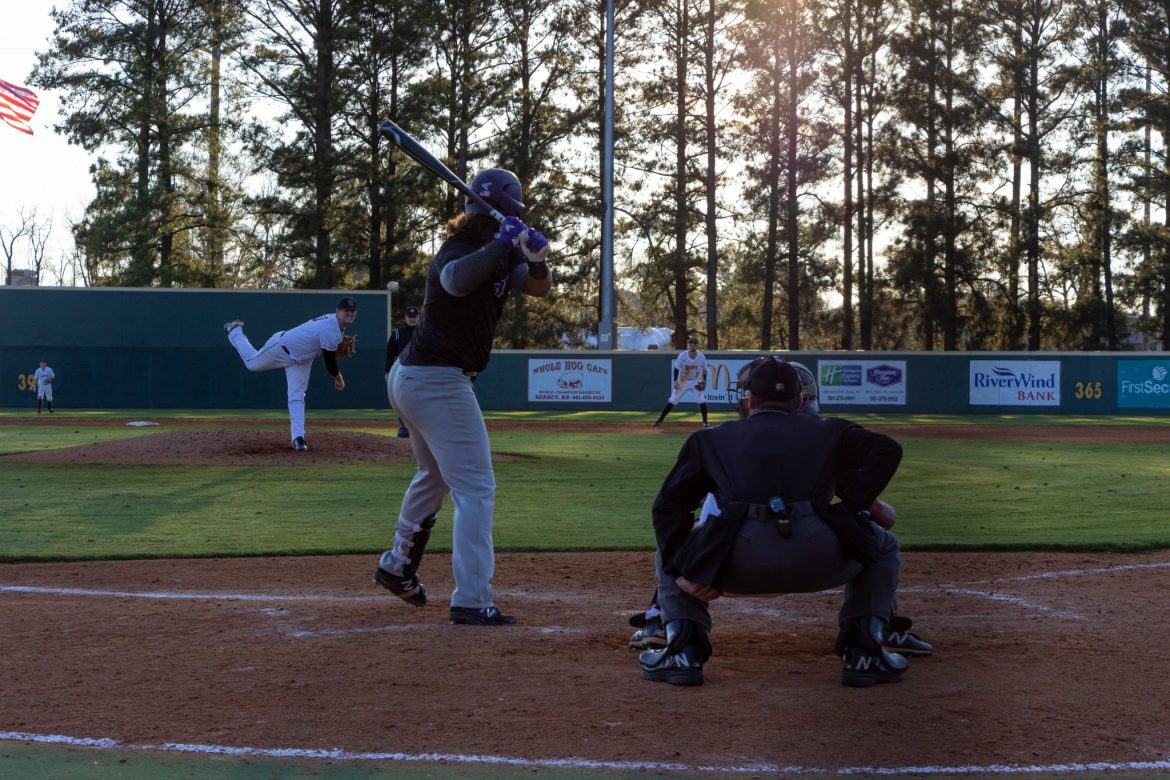 The Harding baseball team had its first home game on Saturday, Feb. 8. The baseball team hopes for a good crowd every year but has begun to take more practical steps to engage with both the student body and Searcy community to ensure their desired outcome.

“We have started trying to improve fan experience at games by adding different entertainment elements,” senior baseball marketing intern Taylor Sexton said. “This includes everything from the music that is played, live National Anthem singers, free food, promotional items for fans and games between the innings on the field with fans. We have also started the tradition of throwing crackerjacks in the stands to fans during the games.”

The baseball team won all three games last weekend against Southwest Baptist University. Senior team manager Grant Dowdy said it is meaningful to the teams when fans are there for them.

“They say it very much builds them up,” Dowdy said. “I know the whole team loves it. They are always very excited when they see a full crowd.”

Not only does the team benefit from a visible support base, but games are an opportunity for students and community members to spend a weekend or evening.

“These guys work really hard — any support you can give is great,” head coach Dr. Patrick McGaha said. “Once the weather gets nicer, we will have night games. We will start a lot of games at 6 on Friday and Tuesday nights.”

McGaha encouraged students to come grill out and hang out, especially along the new deck being built down the right field line.

The team is older and experienced this year, which McGaha said contributes to a positive forecast for the season.

“We are older,” McGaha said. “We have a lot of seniors who have played the entire four years that they have been here … It would be great to have a little bit of the Rhodes Rowdies home field advantage, to get some of that out here, and let our guys know that the student body is behind them,” McGaha said.

Sexton said last weekend’s turnout was encouraging, and there will be several events to come throughout the season that fans will want to enjoy.

“As the season progresses into the spring, we have multiple events planned that we are super excited about,” Sexton said. “Our home opener was this last weekend, and there were a lot of new faces at the game which made us super excited for the rest of the season.”