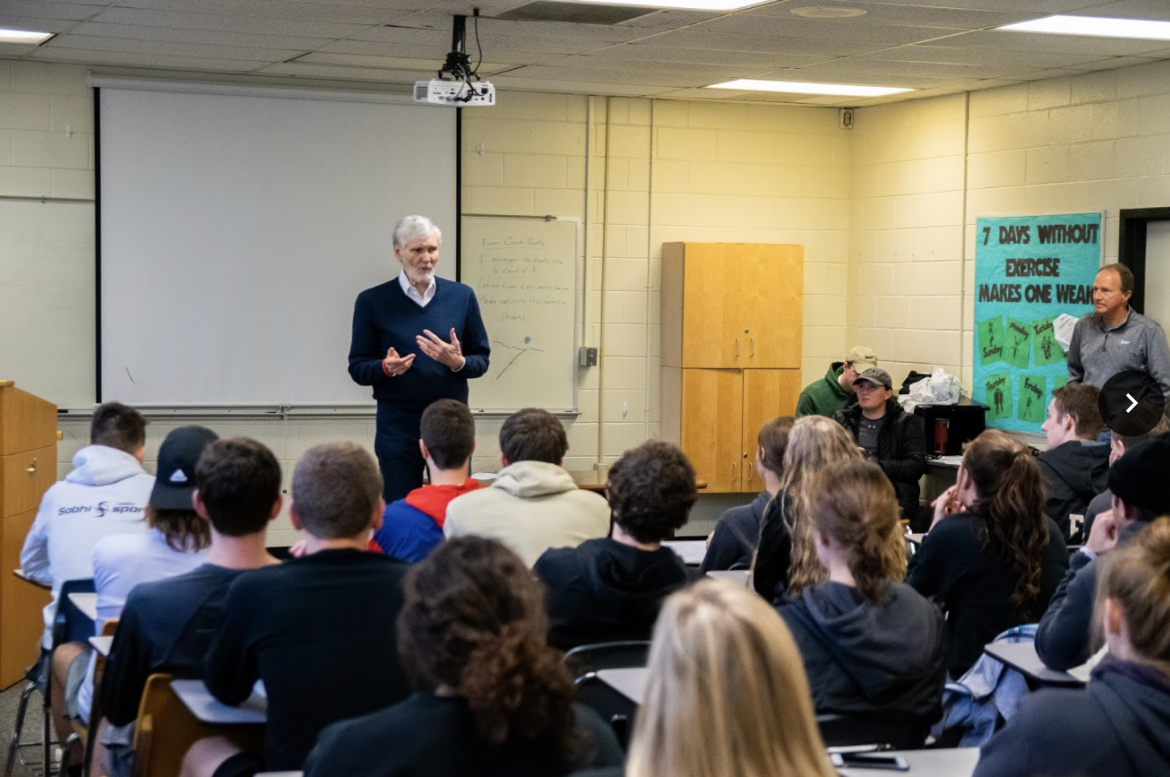 Olympic gold medalist Earl Young visited Harding’s track team last week and encouraged them on matters beyond their track careers. Young competed in the 1960 Italy Olympics and won a gold medal in the 4X400 meter relay, and he said that  accomplishment pales in comparison to what he does now.

Years after going to the Olympics, Young said he was diagnosed with leukemia, and a bone marrow transplant ultimately saved his life. He said he now uses his Olympic fame to share his story and advocate for people to register to be bone marrow donors.

“Being a bone marrow donor sounds intimidating, and I think he wants to put it in a light where people understand why it’s worth doing,” head track coach Don Hood said.

Before Young spoke to the team, Hood said he was eager for them to hear from someone who was so successful but also used it as a platform for God.

“I hope they see that just because you go through a horrible, terrible time doesn’t mean that God can’t use that to do something good for people later,” Hood said.

Young shared advice and encouragement about his experiences with both running track and his diagnosis and treatment, and students said they were inspired by his passion and ability to keep his faith at the center of trials.

“He said all throughout his process and every step of the way, he always made sure  he found the time to get in a quiet place and physically get down on his knees and pray,” junior javelin thrower Will Clark said.

Young said that his diagnosis was a wake up call for him to live out his faith as boldly as he did his athletic career, and despite all of his prior success, what he does with his life now is even more important.

“He was talking about how none of that is nearly as important or feels as worthwhile as what he’s doing now, which was really cool to me,” freshman multi-event athlete Claire Lowe said. “There’s someone that’s so successful, and this is what he’s living for.”

Hood said it is rare for athletes to hear about the ability and opportunity they have to live out their faith and use their gifts for the kingdom of God, but Young encouraged the team in both areas.