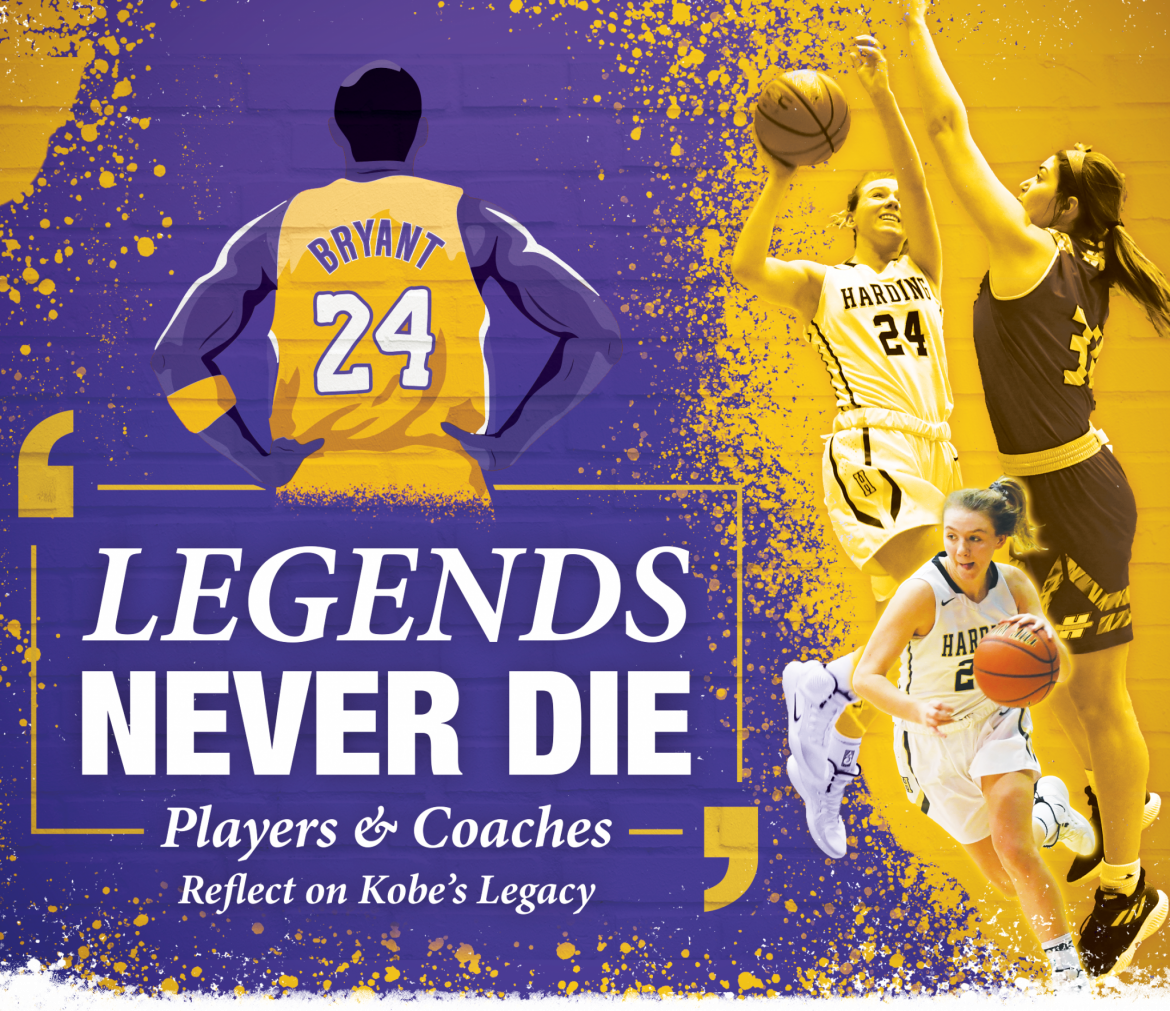 Basketball player Kobe Bryant died in a helicopter crash Jan. 26 alongside his daughter Gianni and seven others. In the week since, fans have processed the loss.

Bryant played 20 years of his life in the National Basketball Association (NBA), and secured five championships in his career. Bryant claimed two gold medals in the Olympics in 2008 and 2012. He was an 18 time NBA All-Star, first guard drafted out of high school. His numbers eight and 24 were retired by the Lakers in the wake of the tragic news. Bryant will go down in history.

Bryant impacted people in more ways than his achievements in basketball. People saw his work ethic, mindset and impact as a father. He left a mark not only in the story of basketball, but also on the community that he continuosly reached out to.

Junior guard Amanda Kearney said Bryant was one of the greatest inspirations throughout her life. She heard a lot about him and his aspirational achievements.

“I always remember hearing Kobe Bryant’s name,” Kearney said. “My AAU team was purple just like the Lakers, and from the time I was little, I was always 24, and I have always known Kobe as that shooter.”

Kearney has represented number 24 at Harding for the basketball team since she arrived in 2017; Bryant’s impact on her life is undeniable and ever present.

“He will be remembered as, the greatest basketball player of all time, if not the greatest,” Kearney said. “You can see throughout all social media how people who did not even play basketball were affected by it, and he meant something to everyone.”

Head women’s coach Tim Kirby, who has seen multiple generations of basketball, said he was impressed by Bryant’s statistics.

“Obviously he was really good,” Kirby said. “I think his work ethic and all that had to do with where he was.”

Bryant scoring 81 points was the second highest behind Wilt Chamberlain in a single game. Also, scoring 60 points in his final career game is regarded as one of the best final games of a basketball player’s career.

“That mentality is a mentality you can use in any category of life,” Hutchieson said. “Whether it is sports, class or work. It’s a mentality where you won’t be out worked, and you’ll continue to work and chase success until you can’t no more.”

Many people were inspired to wear the number 24 to be more like number 24, but Bryant was more than a basketball player.

“The loss of Bryant, and how devastating that has been, it has shown people it is more than just a sport,” Kearney said. “There is so much community that goes around it and you’ve been able to see that. It is just so sad, I’ve cried over it many times, and watching videos on YouTube of Kobe, the legend. They say legends never die, so his legacy is for sure going to live on.”