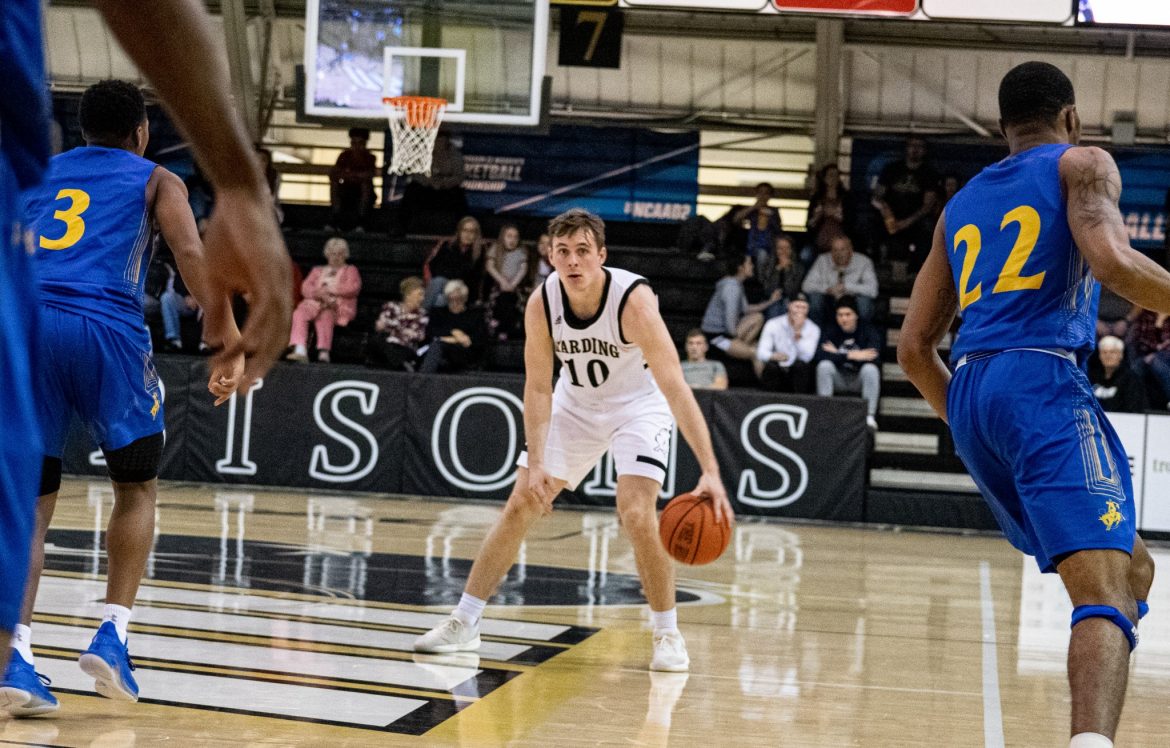 The Harding men’s and women’s basketball teams hit a rough patch early in their season over winter break.

During the holidays both teams played four games each over the span of a week and four days. The women won two of the four games, and the men lost all four, leaving the men’s record at 6-8 and the women’s record at 7-7.

“I just think it’s a marathon,” said junior guard Romeo Harvey. “There’s going to be ups and downs, and I just feel like if we just stay together we will be better in the long haul.”

“You hate losing people, especially to season-ending injuries, but that’s a part of sports — especially in college sports,” said head women’s basketball coach Tim Kirby. “They’ll both recover. One of them is a freshman, and one of them is a junior, so they’ve got some time left to play, and they will recover from it and maybe be better than what they were beforehand.”

While the men’s team didn’t suffer injuries during those games three teammates received injuries earlier in the season, causing the team to rally together to fill the holes.

“I’m encouraged,” said men’s head basketball coach Jeff Morgan. “With having this whole core back next year and adding two or three more people to the mix, I think we could have a really, really exciting season going forward next year.”

The recent losses, combined with young teams for both men and women, forced the teams to reevaluate their strengths and weaknesses and to come up with practical ways to bounce back from this shaky start.

“I think there is a lot of areas we need improvement on because we are a good team, but we could also be so much better if we work on and fix the things we struggle with,” said junior guard Carissa Caples.

“We just need more experience,” Harvey said. “I think we need to improve on every aspect. I think we can do a better job shooting the ball and getting back on defense. Just like any other team, there’s always room for improvement.”

Although winning is nice, members of  both teams said no matter what happens on the court or at the end of the game, they have something special on their team that many other programs can’t claim — love for their fellow teammates and the upmost respect for their coaching staff.