Home Lifestyle Tech in the 2010s 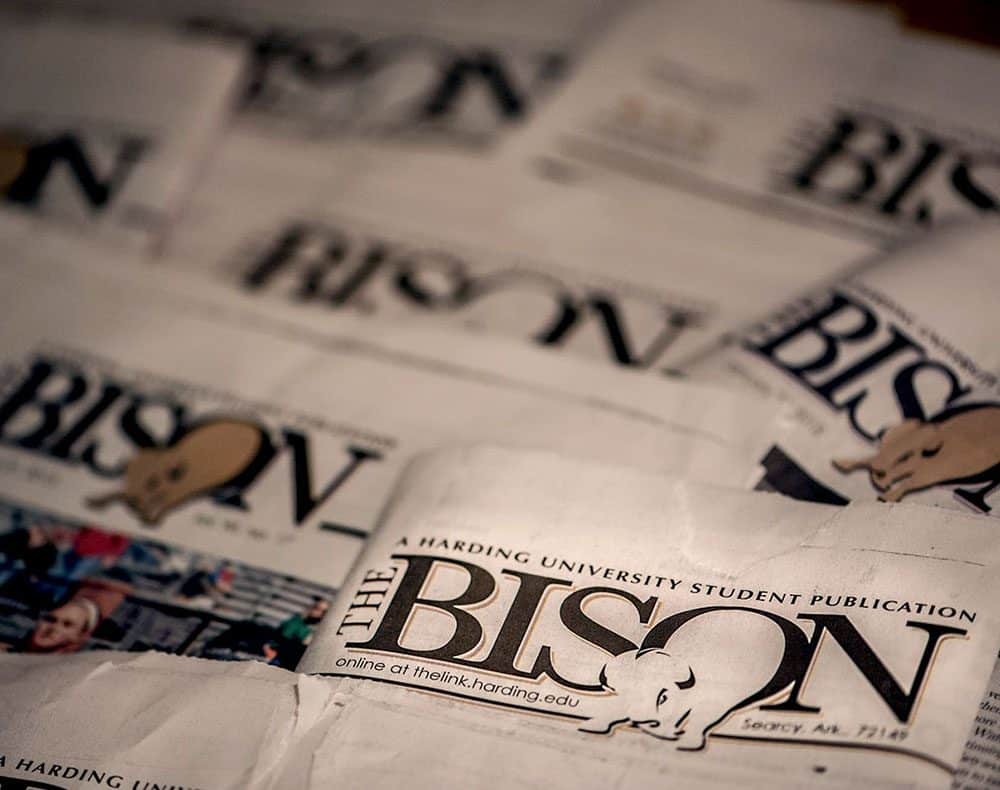 Little to no Wi-Fi in the dorms. 3G connection at best. And streaming? Out of the question. The technology available for a Harding student in 2010 likely sounds excruciatingly inconvenient to current students.
According to Keith Cronk, vice president of information systems and technology (IT) and chief information officer, the extensive technology changes at Harding over the past decade are just a sample of the industry’s innovations.
In 2010, Harding had 150 megabits of bandwidth provided by AT&T, compared to the current five gigabit connection from Ritter and one gigabit connection from Windstream.
Noah Darnell, instructor of communication and 2009 Harding alumnus, recalls connecting laptops to wired network jacks before Wi-Fi was installed in the dorms in summer 2014. Except in common areas like the student center, Wi-Fi was rare on campus, and 3G had only recently hit the Searcy scene.
“When we got 3G here, it was revolutionary, but obviously we’ve moved well past that in speed and power and processing,” Darnell said.
Current students like freshman Kaylee Silva now occasionally use 4G LTE to supplement sluggish Wi-Fi when streaming services like Netflix.
“Streaming was not a thing,” Darnell said. “YouTube existed, but you … had to wait for it to buffer for a certain amount and then play it.”
Current students also enjoy another of the decade’s achievements: smart home technology. According to Cronk, as wireless capabilities have advanced since 2010, an increasing amount of daily users are sharing data via the internet.
“My Google Home connects to a lightbulb, [and I can] ask about the weather as I’m getting ready, or she can read me the news,” Silva said.
From the University side, several shifts dramatically impacted daily IT functions across campus.
As of 2010, Harding had 30 physical servers in its data center and about 30 virtual servers. Now, the server count is four physical and 130 virtual. Also, while most software was previously hosted locally, the majority of current software is housed in cloud-based systems that were just rolling out in 2010, and campus storage has grown from 40 terabytes to 90 terabytes.
In the past 10 years, another University-wide evolution has been through communication technology.
Today’s students — and the world — can know what is on President Bruce McLarty’s mind seconds after he tweets.
According to Darnell, Twitter was allowed through the Harding firewall just over a decade ago on former President Barack Obama’s inauguration day, Jan. 20, 2009. However, the mobile apps of Twitter and other social media platforms have since become more effective as the internet catches up with the speeds those communications initially required.
“In the next year or two, there’s probably going to be a [widespread] 5G rollout, which is going to be a totally different thing,” Darnell said. “I would say that in 10 more years, it’ll look more different than 10 years back. As soon as you have all these inventions and breakthroughs … rather than a linear thing, it’ll be exponential.”