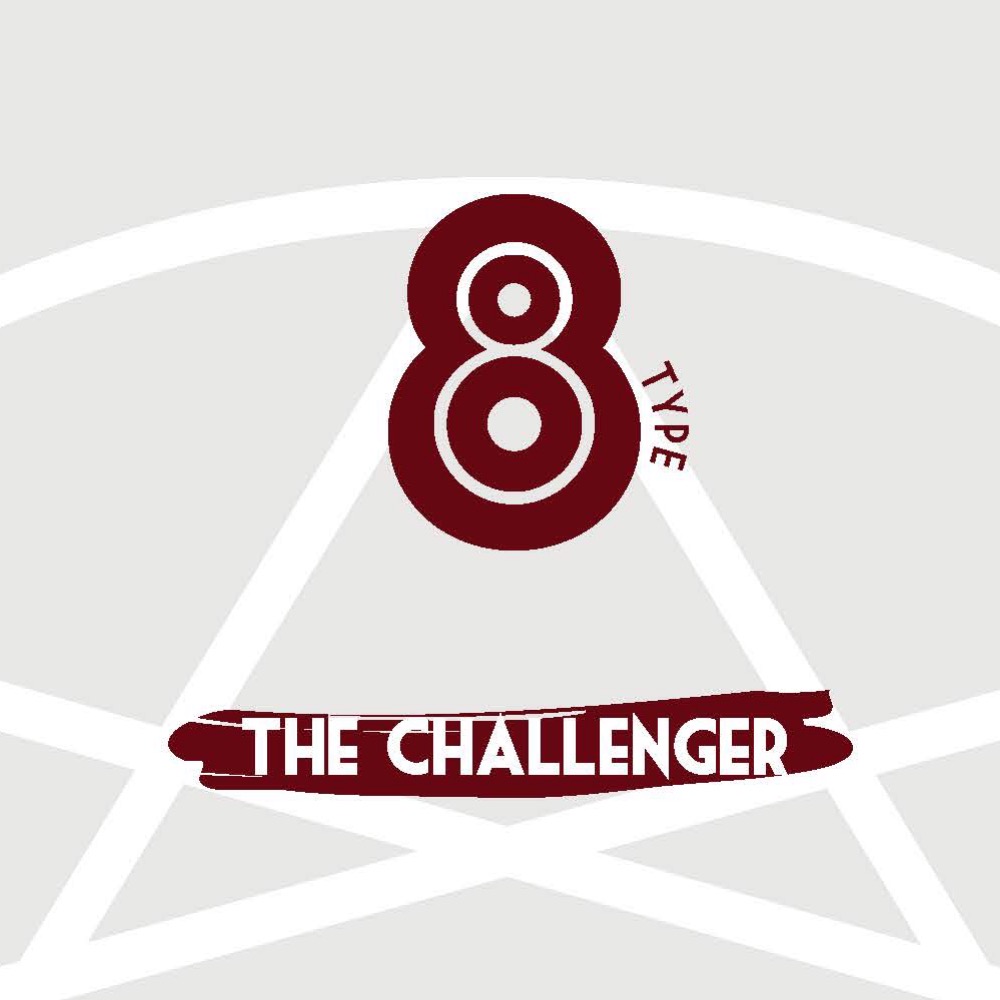 Fruit of the Spirit to focus on: Gentleness
Eights are the world’s advocates. They stand tall as pillars of strength with a yearning for justice, but their armor overlays their vulnerable hearts. They seek to hide and guard what they deem to be their weaknesses, but in truth these characteristics can actually be their greatest strengths. Those strengths can be found when Eights allow other vulnerable people to bring forth their own gentleness. They bring an intensity to everything that they commit themselves to that can be both awe inspiring and intimidating at the same time.

For all of life’s challenges — especially for the defenseless and those they care about — they step up ready to protect. While other types seek to shield, reframe, guide, support, etc., Eights address the injustices and heartaches head-on with strength and perseverance. In an attempt to launch society into a state of awareness, honesty and compassion, they call out the wrongs that others ignore or are blinded towards. Their assertive, decisive and opinionated persona can charge the world towards great changes, but they can also overwhelm others or cause fear.

The potential of Eights comes down to how others accept their presence and how Eights allow themselves to be fully accepted. While many may automatically think that self-control is the greatest struggle for Eights, when they are truly understood, it becomes pretty clear that gentleness requires much more effort. Some of that is fairly obviously an external need as they relate to others, but it is also an internal need. Eights are courageous fighters because of their dominating desire to not be controlled physically, mentally and emotionally, however, they try to overcome this by building walls, hiding behind layers of protection and trying to dominate their environment.

Instead, Eights should bring forth the gentleness of their hearts and yield to others to grow. Be open in how important and appreciated people are in life rather than pushing them away, because truthfully, it isn’t that Eights don’t possess gentleness. It is just important for them to understand that what they deem as weakness within them, is actually their strongest attribute because that is what can change the world. If Eights lean into the already present gentleness of their hearts and let that guide them, there is nothing that can overpower them.

In relation to others, their independence, strength and abundance of energy can be a lot to accept and Eights know that, so they will test others’ willingness to accept them. To accept the gifts others want to offer, Eights must first truly accept themselves. They will often push others away because they fear being indebted or reliant on others as that makes them vulnerable to hurt. In many instances, they confuse transparency for vulnerability; they think that if they bring forth their flaws to someone, they are coming to terms with their whole selves. However, at its core, that practice is just another defense mechanism to push others away thinking that their shortcomings will keep others at bay. Coming to terms with who they are means coming to terms with their wide range of emotions, including those of kindness, fear and love and letting those ground them.

Another important aspect of growth for an Eight, is learning to channel their intensity. Most people can’t relate to their energy, so Eights can find themselves feeling misunderstood and undervalued for that intensity. However, their passion is no flaw; rather, it is where they allow it to take them that can become an issue. Instead of attempting to hide it or letting it take over, Eights can benefit from accepting and practicing sobriety.

For those who know an Eight:
Accepting an Eight’s bold personalities and encouraging them to be proud of that while also exploring the parts of themselves that they’re afraid to let others see, is so important. The reception of their intensity may not always be easy but validating that can be beneficial for everyone involved. However, those who know an Eight must also learn to be comfortable fighting back. This doesn’t mean seeking to hurt them, it simply means to stand firm and garner respect.

Also, provide them with space. It will help them in their fear of losing control but it will also let them work through and channel their own passions. In that space, they can soften their heart and regulate their energy, and then present it when they have gained that control of themselves. To reach that space, encourage them to tune into their abilities and the positive ways they can express them.

While they don’t feel the want or need for many people in their circle, for those they allow to see their sensitive side should recognize that this is the greatest gift from an Eight. They put everything into advocating and protecting those in need, so when people get a glimpse into their compassionate hearts for those people, those around them should encourage them to lean into that.

When mistakes are made, Eights continue to add layers and build up walls. However, they can also be some of the most forgiving personalities. All they ask is for the person to come forward with no ulterior motives other than a desire to be truly forgiven. When done, they can forgive like no other. However, this is a two-way street; demanding Eights to come forward for forgiveness is acceptable as well. Their desire for independence and control may keep them from doing so, but staying strong in this will only demand respect.

Proverbs 15:1
A gentle answer turns away wrath, but a harsh word stirs up anger.

1 Peter 3:15
But in your hearts honor Christ the Lord as holy, always being prepared to make a defense to anyone who asks you for a reason for the hope that is in you; yet do it with gentleness and respect.

James 3:17
But the wisdom from above is first pure, then peaceable, gentle, open to reason, full of mercy and good fruits, impartial and sincere.

2 Timothy 2:24
And the Lord’s servant must not be quarrelsome but kind to everyone, able to teach, patiently enduring evil, correcting his opponents with gentleness.
2 Samuel 22:36
You have given me the shield of your salvation, and your gentleness made me great.

James 1:19-20
Know this, my beloved brothers: let every person be quick to hear, slow to speak, slow to anger; for the anger of man does not produce the righteousness of God.

Proverbs 15:4
A gentle tongue is a tree of life, but perverseness in it breaks the spirit.

James 1:21
Therefore put away all filthiness and rampant wickedness and receive with meekness the implanted word, which is able to save your souls.

Corinthians 12:9-10
But he said to me, “My grace is sufficient for you, for my power is made perfect in weakness.” Therefore I will boast all the more gladly of my weaknesses, so that the power of Christ may rest upon me. For the sake of Christ, then, I am content with weaknesses, insults, hardships, persecutions, and calamities. For when I am weak, then I am strong.”

James 5:16
“Therefore, confess your sins to one another and pray for one another, that you may be healed. The prayer of a righteous person has great power as it is working.”