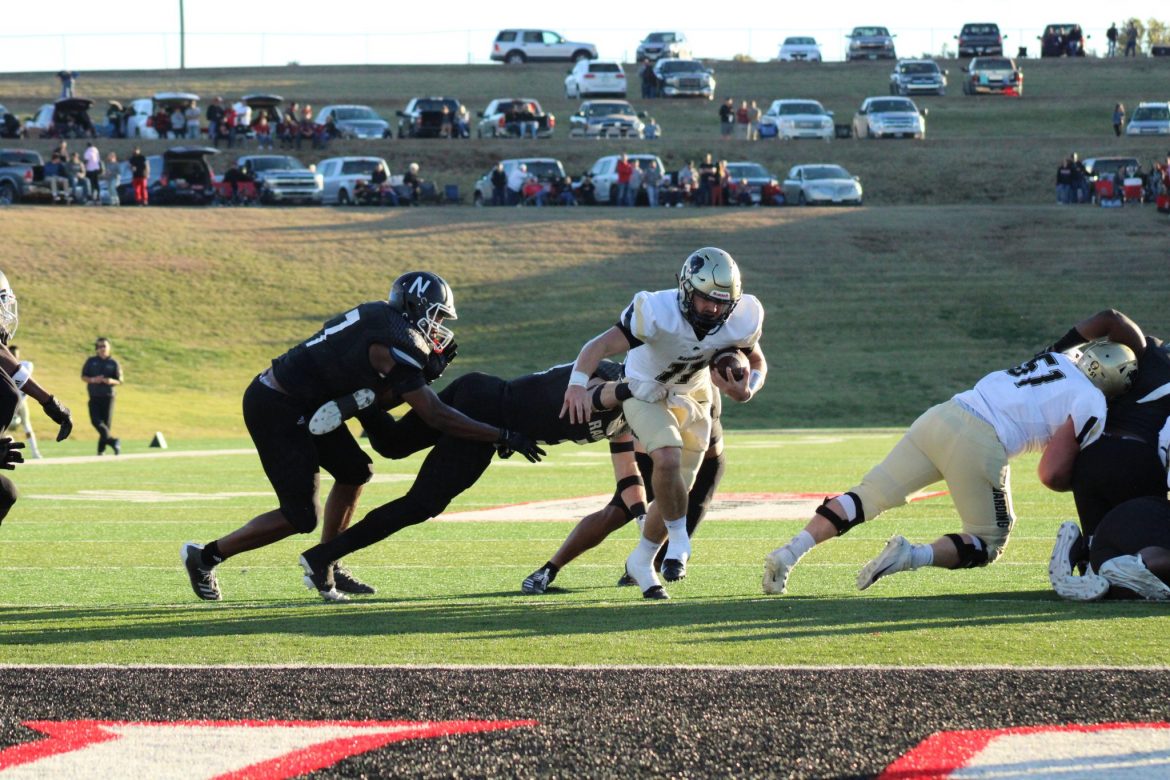 With only two regular season games left to play, the Harding football team has had an impressive performance this season and is looking for its 10th straight win on Saturday against Arkansas Tech.
Harding has the top rushing offense in college football, averaging 384.4 rushing yards per game. While the first game this season was a loss, the Harding football team hasn’t lost since and is now ranked No. 14 in the nation for Division II.
The Bisons have a great chance of making it to Division II playoffs as they are ranked No. 4 in the second NCAA Division II Super Region 3 rankings. Moving forward into the last stretch of the regular season, Harding hopes to hold its streak and carry the success into the post-season.
Paul Simmons is in his third season as head coach for the football team with a current record of 28-8. He has led his team to the Division II playoffs in both previous seasons and hopes to spark another playoff run.
Simmons said the team’s motivation in the final stretch of the season comes from just wanting to keep playing football.
“Truthfully, a lot of people spend a lot of time talking about winning championships, conference championship and possibly winning a national championship,” Simmons said. “Without a doubt those things are awesome, and we would love to do those things, but this time of the year for us, it all comes down to the desire to play one more week. These guys love being together, and the brotherhood is so important to them, and by keeping on winning means there’s one more bus ride, one more game and one more meal together.”
Cole Chancey, a junior running back, is one of the reasons for the great success Harding has had in the regular season.
Assistant Coach Matt Underwood said the main goal for the team moving forward into the final game of the regular season is growth.
“We simply want to grow as a team and get better throughout practice this week and in the game Saturday,” Underwood said. “We want to play with great urgency and passion, as well as play with great detail and technique. We want to be the best version of ourselves on Saturday.”
Senior defensive lineman Michael Grant said that for the seniors, making the most of their last season is a big motivation.
“Our team motivation is to play football with each other as long as possible,” Grant said. “This team is really close, and we just don’t want it to end. Harding football means so much to me. It has showed me that I’m not just a football player, but someone they care about on a deeper level. Harding football is really about growth.”
Harding won 35-14 against Southeastern Oklahoma Nov. 9. The Bisons hope to stay on top of Division II rankings as they face off against Arkansas Tech on Saturday.